Earlier this month, US Commerce Secretary Wilbur Ross told a packed room of critics that it was still too early to tell if the Trump administration will impose a tariff of 25 percent on imported autos and car parts.

His comments, made at a Commerce Department hearing on July 19, may have been met with a sigh of relief from all the groups participating in the event — almost all of the 43 individuals testifying spoke out against the tariffs.

Nevertheless, a major tariff, which would be the largest of any imposed by the Trump administration, is a serious possibility. Late on Wednesday, the Trump administration and European Union appeared to ease an escalating trade war with a deal to at least temporarily hold off on proposing automobile tariffs, a move that came less than 24 hours after a report suggesting that the White House plans to install a 25 percent tariff on close to $200 billion in foreign-made cars.

The White House and the Commerce Department have been reviewing whether they can justify such a tariff by using an obscure and old trade law that purportedly permits duties based on national security grounds. The mechanism was employed in May when the United States imposed tough duties on steel and aluminum imports from Canada, Mexico and the European Union.

A 25 percent tariff on automobiles, and perhaps a smaller 10 percent duty on car parts, would wreak havoc on the North American auto industry. By one estimate, it could raise the price of a typical new car sold in the United States by as much as US$4,400 and drive manufacturers with operations in Canada to reorganize themselves, potentially moving their facilities abroad.

Canada, relatively speaking, based on its much smaller population, GDP and dependency on the US market, would lose more in an escalating trade war. Currently, General Motors Company, Ford Motor Company, Fiat Chrysler Automobiles, Honda Motor Company and Toyota Motor Corporation all build automobiles in Canada.

A stiff tariff on US imports would hurt these Canadian manufacturing plants, and the jobs that come with them, the worst, partly because Canada’s vehicle manufacturing industry sells more than 80 percent of its cars to the United States. A recent CIBC Capital Markets report estimated that the number of cars made in Canada could fall by almost 900,000 vehicles a year if the United States hits only Canada with a 25 percent tariff. A tariff of 25 percent on all cars entering the United States, including those coming from Europe and Asia, would result in a fall of Canadian production of more than 400,000 a year, the report added. 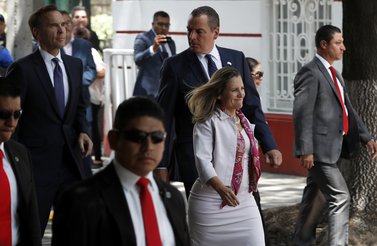 RECOMMENDED
NAFTA Renegotiations: What You Need to Know

Patrick Leblond, a CIGI senior fellow and an associate professor at the University of Ottawa, argues that if the tariffs are implemented — and continue over the long term — manufacturers could close Canadian plants and move their production for the US market elsewhere.

“Ultimately it will create more cost, which will be passed on to the consumer,” Leblond said. “The consumer will buy fewer cars, or smaller cars or used cars, and that will have a negative impact on production and employment. I don’t see anyone coming out as a winner in this, certainly not the car industry.”

It is possible that some auto manufacturers thinking of serving the — comparatively small —Canadian market might move Canadian operations to the United States, in spite of any expected retaliatory tariffs Canada would impose on these sales. However, it is also possible that automakers would take advantage of other trade deals — including the Canada-EU Comprehensive Economic and Trade Agreement and the Comprehensive and Progressive Agreement for Trans-Pacific Partnership — to serve the Canadian market from other bases such as Mexico, the European Union, Japan or Korea.

Leblond added that, for now, auto manufacturers will likely be taking a wait-and-see approach, focusing first on the US mid-term congressional elections set for November. A tough defeat for Republicans could embolden free trade advocates in both parties to take action.

“If the Democrats make significant gains in the House and Senate, the question is, how will the Republican Party respond? Will they still think that Trump is worth following?” Leblond said.

Republicans on Capitol Hill, following a mid-term defeat of some sort, might consider putting pressure on the White House to reverse the tariffs. And even if Republicans retain control of the House — as many expect — their lawmakers might be emboldened and work with Democrats to draft legislation seeking to remove the Commerce Department’s authority to employ national security grounds as a mechanism for imposing tough auto duties.

“President Trump would probably veto it but [two-thirds of] Congress could overturn a presidential veto,” LeBlond said.

Canada would seek to retaliate immediately if the United States imposed a 25 percent tariff on auto imports. Consider Canada’s response to the United States’ recent decision to let exemptions for steel and aluminum exports to the United States expire. On Canada day, July 1, an estimated CDN$16.6 billion in Canadian imports of US steel, aluminum and many other products — including yogourt, roasted coffee, orange juice, mayonnaise, detergent, toilet paper and more — were hit with new taxes.

The Trudeau government would need to impose tariffs on a wide array of US products entering Canada if it wanted to try to match the dollar amount of Canadian-built, tariff-hit automobiles entering the United States. Canada may also focus its tariff hikes on manufacturers in particular states for political purposes.

“Canada would target certain areas in an attempt to shift the political reality and put pressure on Congress, state governments and governors, to oppose the White House,” Leblond said.

Tangentially, the threat of a 25 percent tariff hike on cars could be part of a broader White House renegotiating tactic on the North American Free Trade Agreement (NAFTA). After months of negotiations, Trump said in a July 1 interview with Fox News that he plans to postpone any NAFTA approval until after the mid-term elections.

“I’m not happy with [NAFTA]. I want to make it more fair,” Trump said in the interview. He also threatened once again to impose tariffs on imported cars and auto parts, adding, “the cars are the big ones.”

It is possible that Trump is using the threat of a 25 percent tariff on imports of autos as leverage to drive Canada and Mexico to change NAFTA’s rules of origin restrictions for automobiles — which dictate the amount of a particular good that needs to be made in North America to be eligible for zero tariffs. At one point in the negotiations, the Trump administration pushed for the portion of an automobile that must be manufactured in North America to increase from 62.5 percent to 85 percent, with 50 percent of the total required to come from the United States.

However, Leblond argued that giving in to US demands on NAFTA in exchange for the elimination of a 25 percent tariff on auto exports would be a bad trade-off for Canada.

Such an action could have the serious potential to hurt Canada over the long term, as it would be much harder to renegotiate NAFTA once an agreement is signed.

“The 25 percent tariff could be short term while NAFTA is much more long-lasting,” Leblond said. “If [Canada] caves in on NAFTA you [Justin Trudeau’s government] would be perceived as having sold out Canada for a short-term benefit before the [Canadian] election.”

Alternatively, a move by Canada to hold firm on its own goals in NAFTA negotiations could drive the Trump administration to try and pull out of the trade agreement. It is far from clear whether the White House has the ability to cancel the deal unilaterally. 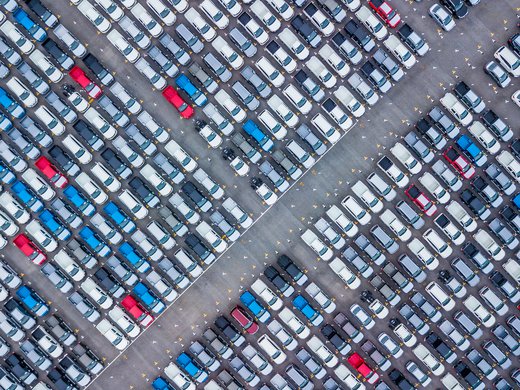 NAFTA by the Numbers 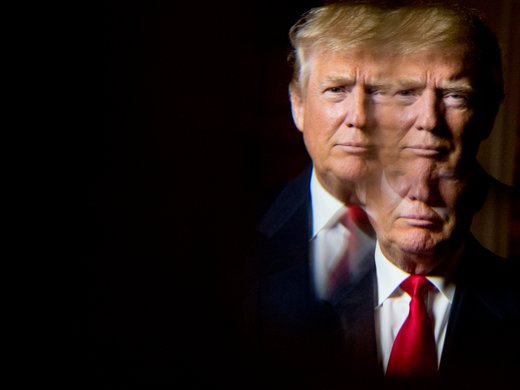 Why Trump Needs a NAFTA Win