“Zombie NAFTA” and Other Consequences of a Trump Trade Deal Termination

If no deal can be reached on NAFTA that is palatable to the president, what are the options for the White House? 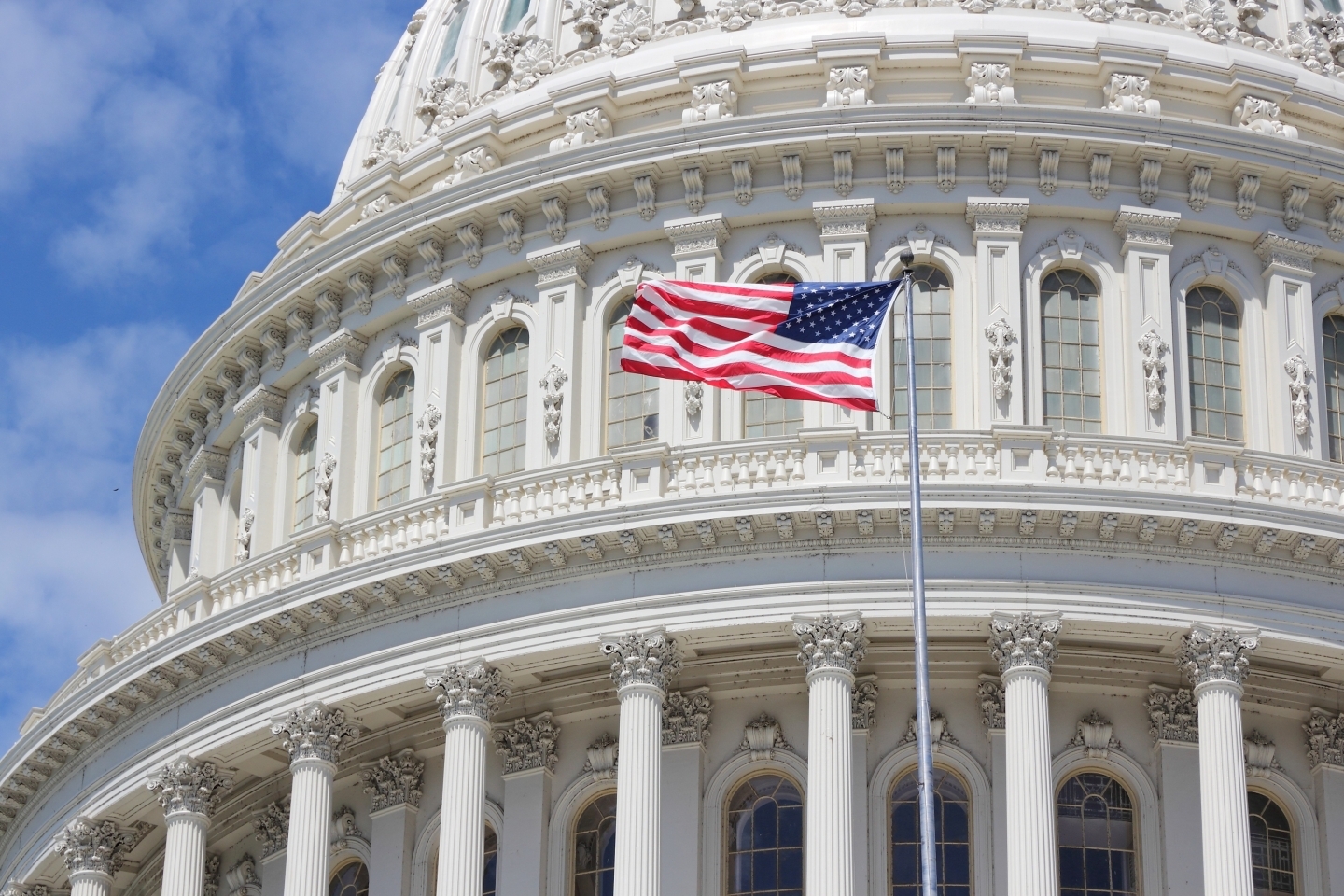 “The president is not a bluffer,” Commerce Secretary Wilbur Ross said recently at a New York conference hosted by the Paley Center for Media.

Not surprisingly, the comments were made by Ross to explain US President Donald Trump’s enduring threats to withdraw the United States from the “worst deal ever signed,” also known as the North American Free Trade Agreement (NAFTA), a 23-year-old treaty whose termination now appears closer than ever before.

Canada, the United States and Mexico are reviewing key roadblocks involving the dairy and automotive sectors, binational dispute-resolution panels and concerns around a sunset clause, in advance of the next round of discussions, set to begin today in Mexico City.

With no apparent resolution in sight, it has become an increasing possibility that the Trump administration will seek to pull out of NAFTA. If no deal can be reached, the question becomes, is it possible for Trump to do so? Would he need the consent of Congress? The experts offer up mixed opinions. Bottom line, the outlook is uncertain.

Regulatory and legislative experts agree that Trump’s first step, should he seek to terminate the deal, would be to sign an executive order triggering article 2205 of NAFTA, which says: “A Party may withdraw from this Agreement six months after it provides written notice of withdrawal to the other Parties.” Then, once the six months are up, the White House could sign another executive order seeking to take the United States out of NAFTA.

However, many experts argue that such an executive order wouldn’t be enough — that Congress ratified and implemented NAFTA through legislation in the 1990s, which means Capitol Hill would have a say in any move to dismantle the treaty. With this view, Congress would have to change the NAFTA Implementation Act first and then the president could approve the alteration.

“Some say this [executive orders] is enough to pull out and others say he will still need congressional approval to do that, arguing that the ultimate authority rests with Congress to ratify the [decision to leave],” said Patrick Leblond, a senior fellow with the Centre for International Governance Innovation and an associate professor at the University of Ottawa.

But if legislators conclude that Congress can’t intervene to stop a Trump administration NAFTA exodus, expect litigation to follow, quickly making its way up to the Supreme Court. The larger business community, including the US Chamber of Commerce and the auto sector — the biggest potential losers from a withdrawal — would file lawsuits.

“The probability of a lawsuit would be very high and supported by many lawmakers on Capitol Hill who didn’t think this was the sole authority of the president,” said Leblond.

However, Gary Clyde Hufbauer, a senior fellow at the Peterson Institute for International Economics, said he expects that lawsuits launched by the US Chamber or the auto sector would be dismissed for lack of standing. He contends that the only challenge the court system would seriously review would be one brought by US lawmakers, charging that the Trump administration exceeded its authority.

Historic precedent appears to be on the White House’s side, if it decides to withdraw. Hufbauer cited three examples in US history where a president successfully terminated a treaty that had a trade component without congressional authority, though he adds that each was smaller in scale than NAFTA and none had congressional implementing legislation. Nevertheless, he argues that the precedent suggests that Trump will be successful. “I believe the courts will ultimately support him,” Hufbauer said.

There are other possible outcomes, however. The Supreme Court might approve the executive order allowing the United States to exit NAFTA, but then require Congress to ratify the decision through legislation.

It’s unclear how Congress would react, especially if a Supreme Court requirement for Congress to vote on restoring NAFTA or ratifying its displacement took place during the 2018 congressional elections. Some lawmakers from districts that have major exports to Canada or Mexico, such as automobile parts, corn or soy beans, would likely push for remaining in NAFTA. Others, who come from rust-belt regions, could vote to dismantle the trade agreement, in the hopes its collapse could restore US jobs.

“The mid-term elections would be about NAFTA if President Trump pulled out,” Leblond said. “It would force people to really take a stand.”

In the interim, between Trump’s executive order and a final Supreme Court decision or congressional action, the trade partners would be left in limbo. The Canadian dollar and the Mexican peso might drop precipitously. A number of corporations that have integrated operations in all three countries, such as Bombardier, Magna International, General Motors and Ford Motor Company, could see their share prices drop significantly. “Bombardier would get hammered,” Hufbauer said.

The business community would face huge uncertainty about its economic future in North America. At the same time, large cross-border corporations would still need to allocate capital and make investment decisions. For the auto sector, for example, there might be an incentive to build a manufacturing facility in not the United States but China, where Beijing has provided some clarity by calling for one out of every five cars sold in the country to run on alternative fuels by 2025.

Alternatively, it is possible that the Trump administration would agree to keep a predecessor trade agreement, the Canada-U.S. Free Trade Agreement of 1989, which would automatically re-emerge if NAFTA was dismantled. However, no similar predecessor free-trade deal exists between the United States and Mexico — as a result, tariffs would re-emerge.

Or, the White House could immediately seek to dismantle that agreement as well.

Another serious possibility is that Trump could take even more aggressive action on tariffs, targeting particular sectors, without dismantling NAFTA.

Hufbauer said Trump could employ Section 201(b)(1) of NAFTA’s implementing legislation to raise tariffs — and he wouldn’t have to dismantle the broader trade deal to do it. “He could leave NAFTA in place but decide to invoke 201(b) to raise tariffs, for example, on the auto sector,” Hufbauer said. “Trump could employ this strategy if he went on the warpath, but Canada could bring cases to the World Trade Organization [WTO].”

An industry-by-industry move to raise tariffs would likely anger many lawmakers on Capitol Hill and even the more protectionist senators such as Sherrod Brown, a Democrat from Ohio, as well as some in the Republican Party who would want Congress to have a say. In addition, lawmakers whose districts’ exports or imports would be particularly affected by targeted tariff hikes would start to complain.

The United States is already taking targeted steps in some industries. On November 2, the US Commerce Department concluded that imports of Canadian softwood lumber are being unfairly subsidized. It set so-called countervailing duty tariffs on many Canadian softwood lumber producers at 20.83 percent. Canada responded by saying it is considering legal action within NAFTA and the WTO.

It is, of course, also completely possible that the Trump administration has no plans to pull out of NAFTA, and that the president is only calling it the “worst deal ever” as a negotiating tactic to pressure Canada and Mexico into significant concessions.

If that is true, a compromise approach might be worked out. It may be that Trump wants it to appear that he pushed as far as possible to dismantle NAFTA without actually axing the agreement, as a strategy of seeking to appease voters who elected him on a protectionist mandate. In that case, Trump might say he is terminating the agreement but also asking Congress to come up with a solution.

Hufbauer argues that such an approach would lead to a “zombie NAFTA,” similar to the scenario mentioned previously where the Supreme Court would require Congress to ratify a decision to pull out of NAFTA. Lawmakers on Capitol Hill would struggle with the issue and wouldn’t be able to reach a decision, Hufbauer says.

“It would be a nightmare,” he said. “Congress would wrestle with it for a while and come up with nothing.” 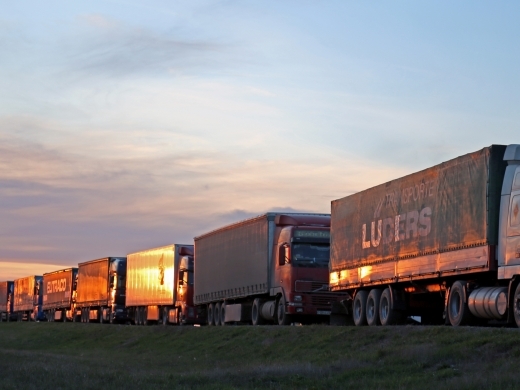