Present at the Destruction?

The Age of Disruption: A series about the risks to globalization and the postwar economic order as the 45th president of the United States is inaugurated 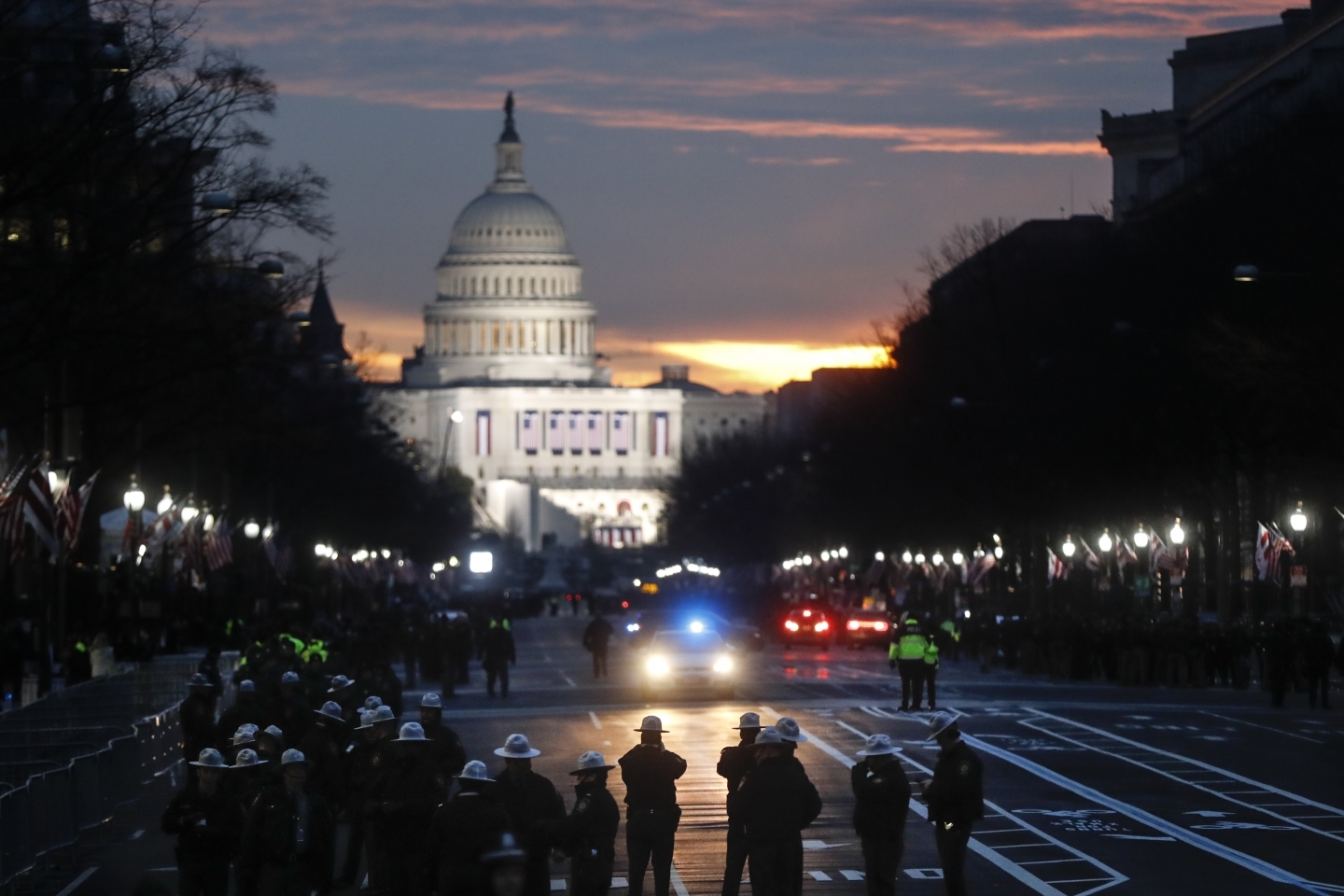 The inauguration of Donald Trump as the forty-fifth president of the United States represents a moment of considerable significance for global security and governance more broadly.

The United States was, after all, the driving force behind the creation and, for the past 70 years, guarantor of the institutions that have supported international collective security and global growth. These institutions — from the United Nations to the International Monetary Fund, the World Bank and the World Trade Organization, which support global economic financial stability, trade and growth — together with international fora to promote dialogue, such as the G20, have been largely successful.

In this series: Trump is a Black Swan

In this series: The economic consequences of Mr. Trump

To some extent, however, the election of Trump and the polarization of politics around the globe reflect dissatisfaction and disenchantment with the status quo. Many believe that the international system is dysfunctional. To be sure, neither the institutions themselves nor the system they constitute are flawless; errors have undoubtedly been made along the way. But that could be said of any institution created by imperfect human beings.

More than any other factor, Trump’s political success can be attributed to growing inequality in which low-skilled and poorly educated workers have not shared in the gains from globalization. (That is a basic result of trade theory; it was largely ignored as politicians, economists and trade negotiators focused on the larger “pie” trade liberalization created and not on how that pie was divided.) However, while inequality in the United States has irrefutably returned to gilded-age levels of a century ago, that outcome reflects a conscious policy choice as much as the ineluctable result of globalization. In a sense, it is not so much that the United States has been gamed by the international system, over which it has considerable authority, but a decision to allow individuals who game the system to keep their winnings. The simple fact is that, while globalization has created enormous wealth through more efficient production on a global basis, addressing inequality requires policies that address distribution and equity. That is a matter for domestic policies.

The fundamental question then is whether the institutions of international cooperation and governance have bent the arc of progress upward. Consider the record: over the past seven decades, the foundations of international cooperation laid at Bretton Woods, New Hampshire and San Francisco have supported postwar recovery in Europe and post-colonial independence for countries around the globe; former adversaries were brought into the community of nations, and the process of economic development was advanced as Asian “tigers” and other developing countries climbed the development ladder; moreover, the institutional framework has allowed China to end a decades-long policy autarky and join the global economy.

These accomplishments likely would not have been achieved without US leadership. Now, the ability of the United States to impose its will on international fora has declined over time as the economic size and influence of others have increased. But that does not represent, and should not be misconstrued as the result of, rules that have been rigged against the United States. It is, rather, a reflection of the success of the system that has allowed countries that have introduced market-based economic reforms — in other words, that emulated the United States — to better allocate resources and improve the lives of their people.

On the economic front, the signal success of the postwar order was to transform the way in which people viewed the global economy: from a zero-sum game, in which one’s gain comes at the expense of another, to a positive sum game that benefits all. The former accounts for the beggar-thy-neighbor policies that prolonged the economic stagnation of the 1930s. The latter allowed for the gradual reduction of tariff and on-tariff barriers that facilitates the remarkable degree of economic and financing integration that has provided a wellspring of prosperity for millions around the globe.

Yet, in the wake of the global financial crisis and the Great Recession, the view of the global economy as a positive-sum game is at risk. The sense of threat extends to immigrants who are viewed as taking jobs from native-born citizens. This is not entirely surprising given the prolonged shortfall in global aggregate demand that has left many economies operating below potential output and with too many workers without work.

In such an environment, the temptation is to hoard demand and prevent the loss of purchasing power seeping out onto foreign goods. Proposals for tax reform that would, in effect, tax imports or the application of political pressure on companies to redirect investments will, it is safe to assume, invite retaliation. And while such measures may boost domestic employment in the short run, their positive effects may decay over time. Meanwhile, the cachet of US leadership will have been tarnished and the capacity to work with others to deal with emerging economic, financial and security threats impaired.

Make no mistake: such threats will arise; black swans do indeed exist.

In the wreckage of prolonged economic stagnation and global war and at the dawn of the nuclear age — with all that portended — the international community came together to create a system to deal collectively with global economic, political and security challenges. As the remarkable American public servant Dean Acheson observed, those involved were “present at the creation” of a new approach to global governance. That system may or may not be at risk. If we fail to anticipate threats to our collective economic and political security and do not preserve the institutions of international cooperation that can help secure our goals, the costs could be enormous.

How could we get to this point? Obviously, this is a complex issue, one not admitting to a single, simple answer. But a contributing factor may be that 70 years have passed; the “greatest generation” of men and women who forged the chains of international cooperation in the foundry of world war is sadly passing. Many of those “present at the creation” (and who witnessed first-hand the costs of failing to provide the public goods of collective security and shared prosperity) are therefore no longer with us to defend the system and to contemplate its possible destruction.

The Age of Disruption: A series about the risks to globalization and the postwar order as the 45th president of the United States is inaugurated
The opinions expressed in this article/multimedia are those of the author(s) and do not necessarily reflect the views of CIGI or its Board of Directors.