Trump is a Black Swan

The Age of Disruption: A series about the risks to globalization and the postwar order as the 45th president of the United States is inaugurated 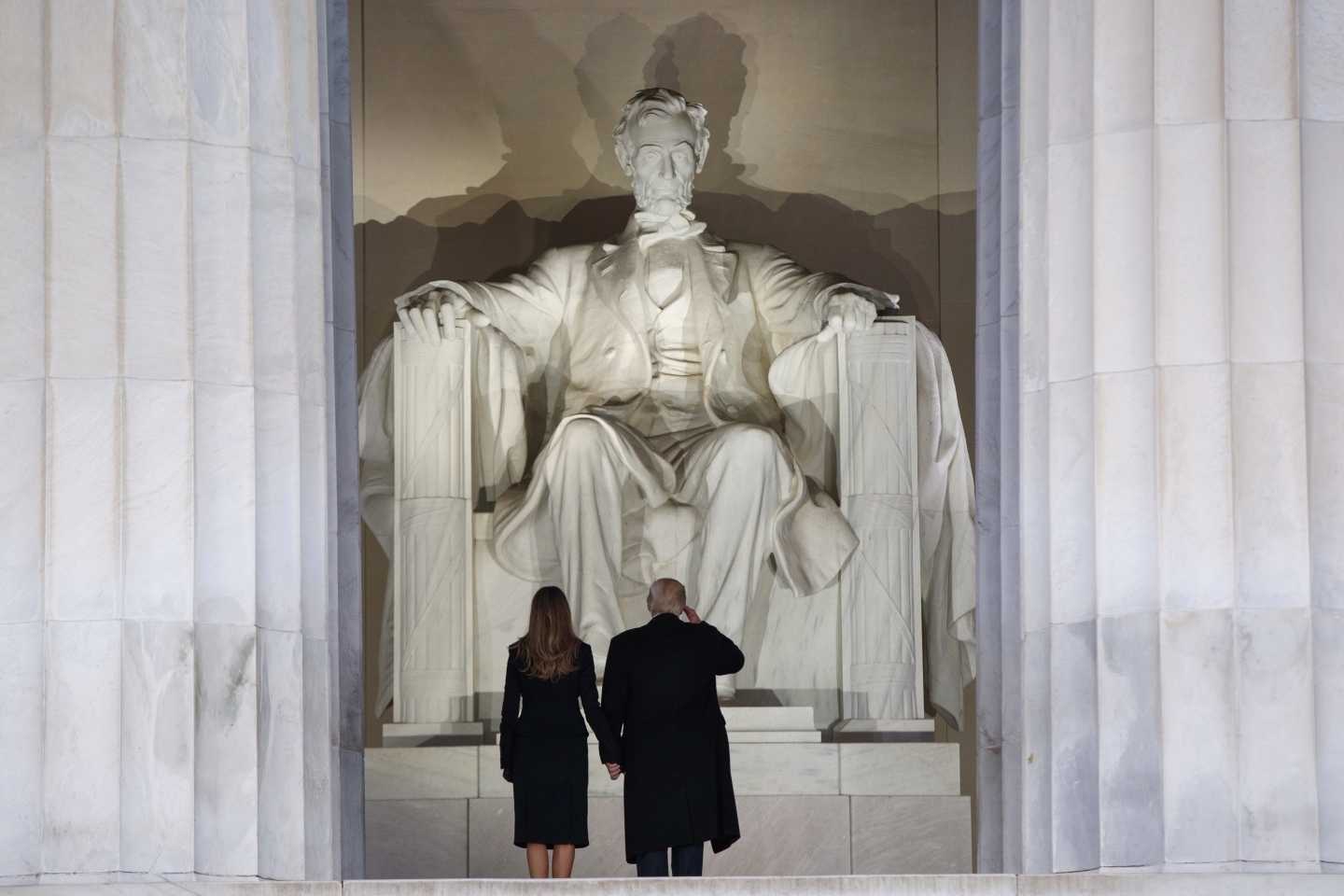 The selection of the 45th president of the United States has led many to pick up or re-read The Black Swan by Nassim Nicholas Taleb, which forcefully documents how it is human nature to discount the possibility of extreme events and, after they materialize, rationalize why we failed to correctly anticipate these outcomes.

We should be acutely conscious, therefore, of the inherent pitfalls of prediction: who, after all, expected that Donald Trump would succeed in what conventional wisdom dismissed as a quixotic, self-aggrandizing quest for the presidency. His election is the quintessential "black swan" event.

To channel Taleb: It is a foolhardy enterprise to prognosticate what the future holds in terms of US policy — there is simply too much noise and too much contradiction; yet, there are clear indications and, seemingly, an overriding consensus that the Trump administration will be notable for one defining feature: unpredictability.

That feature creates uncertainty regarding America's continued leadership in international institutions and fora that collectively comprise the governance of international security, economic, financial and trade arrangements.

In this regard, the election of Mr. Trump clouds an already gloomy outlook for the global economy. In countries around the globe, increased uncertainty threatens to exacerbate the option value of waiting, holding back investment and consumption: faced with what University of Chicago economist Frank Knight termed “true uncertainty”, as opposed to uncertainties that can be quantified, firms postpone investment; individuals defer consumption.

The simple intuition here is that firms may be reluctant to invest in new capacity (make a large financial commitment that is only partially reversible) if they are uncertain of their access to the US market and, say, the fallout from a possible trade war and unraveling of the trade arrangements ("rules of the game" however imperfect) that have been constructed over the past 70 years. In such circumstances, it may be preferable to wait and see how the universe unfolds before making a commitment. The result is investment that is lower and savings that are higher than would otherwise be the case.

The effects of this conjuncture are worrying. They include global aggregate demand that is lower, the phenomenon of "serial disappointment" — as forecasters are forced to downgrade their projections — and long-term interest rates that, in many countries, are now negative. These effects also account for the persistence of output gaps that may be closed by falling potential output rather than rising aggregate demand. Moreover, chronic insufficient aggregate demand in many countries around the globe fuels deflationary pressures. For highly-indebted countries whose real debt burdens increase, this prognosis is most unwelcome.

If unchecked, the status quo could over time lead to the adoption of policies that further undermine the global consensus on sound policy frameworks. That would not be in the interests of any member country; and, if it led to more uncertainty, would perpetuate the economic malaise that afflicts the global economy.

It is possible, of course, that the prospective policy initiatives of the new administration — increased infrastructure spending, large tax cuts, pressuring firms to invest in the US and border adjustment taxes — may increase domestic demand and raise US output, at least in the short run. But, with the US currently operating at, or in the neighborhood of, full employment, higher demand can also elicit a more aggressive interest rate response by the Federal Reserve Board in its pursuit of price stability. The goal of such a response would be to keep aggregate demand and aggregate supply in balance, making the boost to US demand and output from the administration's policies purely ephemeral.

This outcome could be avoided if fiscal actions are coordinated with — and support — policies aimed at boosting aggregate supply as well as raising aggregate demand. Such policies would entail, for example, initiatives to raise educational outcomes, re-train workers, and increase the mobility of workers through improved (portable) healthcare benefits. Absent these or other initiatives to raise productivity, the Trump administration would likely get the demand without the supply.

At the same time, the combination of a more aggressive monetary policy stance in the US and continued weakness in much of the rest of the world would contribute to a widening divergence in interest rates. This gap would lead to an appreciation of the dollar. Under the current rules of the game, this appreciation would be expected to result in an appreciation of the dollar that reduces inflation and switches demand from domestic to foreign goods; employment falls and the current account deficit grows. All of this is merely the adjustment process by which monetary policy achieves its desired goal of anchoring the (change in) price level.

However, it is not clear how a Trump administration, which may not feel bound by the prevailing rules, would react to effects that work at cross purposes to the goal of protecting US workers from foreign competition. Moreover, the counterpart of this adjustment mechanism is capital flows from other countries to finance the US current account deficit. These capital flows do not always move seamlessly in response to interest differentials or other economic developments. And exchange markets do not necessarily move instantaneously from one "equilibrium" to another (assuming that it is possible to determine what those are); exchange rates are subject to overshooting, appreciating, say, by more than dictated by underlying "fundamentals" on the upside and depreciating more than expected on the downside. Exchange rates are subject to long bouts of misalignment that compound adjustment issues in affected economies.

In the past, such episodes led to international efforts by successively larger groupings (G5, G7, G20) to coordinate policies to promote an orderly adjustment process. Some make a point of distinguishing "cooperation" from "coordination," with the former signifying the exchange of information and the latter specific binding commitments on individual countries. This strikes me as a distinction without a difference in that agreements between sovereign states are "enforceable" in the same way that self-enforcing contracts are: they will be adhered to if it is in the interests of the parties to do so. In any event, the goal behind these efforts was to avoid individual countries "defecting" from the cooperative positive-sum game of liberal trade, finance and development supported by international commitments and embodied in institutions such as the International Monetary Fund, World Bank and World Trade Organization.

While the process of policy coordination has not always been effective in terms of implementing specific policy commitments, when such commitments were made, it nevertheless allowed like-minded countries to maintain a dialogue on the policy challenges individual members confronted and risks to the system. In this respect, it can be argued that, by sustaining commitment to the broad goals of cooperation, the process helped to prevent the adoption of policies that could have made things far worse.

To be sure, the ability of the US to exercise effective leadership of international fora was not independent of security concerns. The Bretton Woods institutions were created when hopes remained that wartime cooperation with the Soviet Union could be sustained in the postwar period through peaceful commerce. Soviet withdrawal from the IMF and World Bank, together with its satellite states, led to two separate systems for resource allocation; arguably, we are still grappling with consequences more than two decades after the demise of the Soviet Union. In this respect, for much of the past seven decades, US international economic and financial diplomacy was intertwined with security considerations; others worked with the US bilaterally and through these institutions to advance shared prosperity and security.

Even without the election of Mr. Trump that relationship was evolving as would be expected given the evolution of relative economic positions and changing security assessments. It is clear, however, that uncertainty with respect to those arrangements has increased. This may make it more difficult to sustain international policy coordination going forward, should it be necessary.

The problems associated with a possible weakening of effective macroeconomic policy coordination/cooperation would be multiplied by mutual distrust on financial regulation. While not widely acknowledged (at least in Europe), capital flows from Europe helped fuel the housing price bubble in the US before the crisis. Much of this money flowed through large, widely-known institutions; much through so-called shadow banks. Progress has been made since the crisis to reduce the likelihood of repetition of the traumatic events of the past decade. Since the global financial crisis, international regulators have cooperated to raise capital and liquidity standards, limit the too-big-too fail problem and, importantly, to introduce counter-cyclical capital buffers to address nascent problems of over-heating in assets markets before they become a source of systemic risk. (It should be noted that, while these measures address "known" risks that contributed to the global financial crisis, they do not — by definition — shoot down the black swans that will herald the next crisis.)

In a world of large exchange rate movements that may or may not be consistent with either domestic policy objectives or perceived "fundamentals," such regulations take on increased importance. Changes to, say, macro-prudential elements of such regulations could elicit complaints of "financial protectionism" or using regulatory policy to block capital flows (and exchange rate adjustments) that could be contrary to domestic policy objectives. Conflicts over regulatory policy could be expected, then, to contaminate efforts to resolve trade disputes (or re-negotiate existing trade arrangements), just as the unilateral imposition of trade measures could make it more difficult to resolve challenges associated with a too rapid appreciation of the dollar and the adjustment challenges that presents. We have already seen tensions: recall the international reaction to the Fed's announcement of tapering its program of quantitative easing, widely referred to as the "tapering tantrum."

A central message of The Black Swan is that looking at the world through the lens of the normal distribution of the probability of an event, as found in a "bell-curve" or Gaussian distribution, is misleading. Making decisions based on the parameters describing the distribution (mean, variance) ignores possible extreme outcomes (the "tails" of the distribution) that we simply don't see or anticipate. One need only look back over the financial and economic events of the past decade to be convinced of the insight of that perspective.

However, our ignorance of potential tail events — extreme outcomes that appear unlikely — does not imply that we should throw up our hands in resignation and passively accept what the fates may bring. After all, the institutions of international cooperation were created in response to two terrifying black swans — a protracted worldwide stagnation that fostered fascist regimes and propagated a second black swan, global war. And, while institutions and international agreements may not prevent black swans, which are by their nature unpredictable, the international framework of cooperation that has been painstakingly erected over the past 70 years has allowed its members to manage such events when they do occur. In this respect, while the Trump administration is wholly justified in seeking changes to international arrangements to protect and advance US interests, as is every member of the international community, it should consider this role of global governance.

Further reading in this series: Present at the Destruction? Global governance in the age of disruption

The Age of Disruption: A series about the risks to globalization and the postwar order as the 45th president of the United States is inaugurated
The opinions expressed in this article/multimedia are those of the author(s) and do not necessarily reflect the views of CIGI or its Board of Directors.