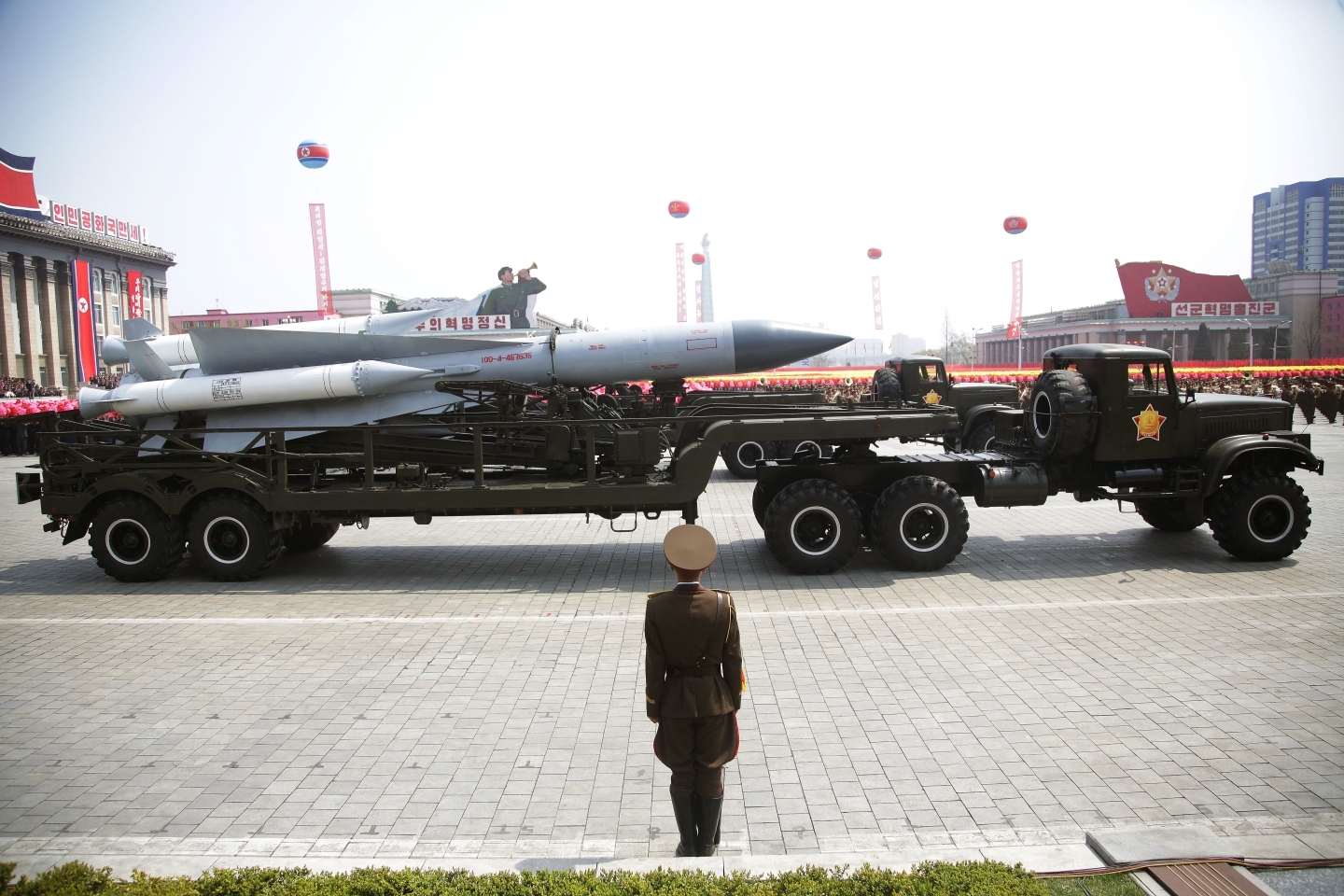 The world should welcome North Korea’s offer to discuss denuclearization with the United States. It shouldn’t get its hopes up about the two countries actually reaching a mutually agreeable deal.

Assuming that Kim Jong Un’s offer to talk is genuine, Kim offered the US (at least rhetorically) a major concession by admitting that North Korea’s nuclear weapon program can be bargained for. At the same time, he established a very strong opening position by explaining that Pyongyang “affirmed its commitment to the denuclearization of the Korean Peninsula” and will only abandon its nuclear bombs if “the safety of its regime be guaranteed and military threats against North Korea [are] removed.”

On the face of it, this is a reasonable demand. Every country in the world claims the right to live in peace and free of fear. But what the North Korean government means when it says that the US must guarantee its safety and refrain from threatening it, and what policy-makers in Washington are willing to do to guarantee the regime’s security may be two very different things.

That is because the history of nuclear negotiations between the US and North Korea suggests that the price that Pyongyang is looking for is far more than any US President could bear.

In the past, North Korea has demanded the US sign a peace treaty with North Korea as part of any bargain that resolves the tensions between the two countries. Previously, Kim Jong Il insisted that the withdrawal of American forces from the Korean Peninsula (approximately 23,000 are still stationed there today) was an absolute requirement for any deal that ended his country’s nuclear weapon program. At other times, Pyongyang has added other terms and conditions, such as an end to US-South Korea military exercises and economic aid from the US.

Pyongyang’s commitment “to the denuclearization of the Korean Peninsula” contains another (perhaps unmeetable) demand. While in Washington denuclearizing the Korean Peninsula often refers to denuclearizing North Korea, ensuring that South Korea does not acquire nuclear weapons and that the US continues to not deploy its own nuclear arms in the South, past North Korean proposals for denuclearization have included the provision that the US cease to protect South Korea with its submarine- and land-based nuclear arsenal.

Could the US deliver on North Korea’s demands for a peace treaty, the withdrawal of US troops from South Korea, and the practical dismantling of the U.S.-ROK military alliance?

In a perfect scenario, where both parties were highly motivated to fix their relationship, the first item is attainable. A major reduction in US troops may be doable. The third — that the US abandon an ally in an immensely important part of the world to 21st century American interests and send a message that America’s military alliances can be cracked by strong-arm diplomacy — is a non-starter.

A deal of this nature is made even more difficult by the fact that it's not only the US and its allies that think North Korea should denuclearize. Both Russia and China agree. The United Nations Security Council — whose resolutions are generally treated as being legally binding — has routinely called on North Korea to abandon its nuclear arms.

The world has agreed that North Korea should get rid of its nuclear arms. From Washington’s point of view, allowing North Korea to dictate the terms of the US’s foreign policy in return for doing something the world believes it is obliged to do would cause irreparable harm to American credibility around the world.

Meeting Pyongyang’s definition of “denuclearization” and regime security could mean the US committing to a wholesale abandonment of its Asia-Pacific policy. It could mean allowing a foreign power to dictate its alliances and would cause tremendous alarm in Tokyo and NATO. It would throw America’s global defence and foreign policies into disarray.

Kim, to use a term from the art of negotiation, has anchored his opening position very firmly. He has made what appears to be a reasonable offer and extended an olive branch to the White House. It would be politically damning for the Trump administration to outright reject the offer. It may be more damning still to try to meet Pyongyang’s demands.