The Pursuit of Trade Liberalization

As World Trade Organization ministers gather in Buenos Aires, they’ll face flashbacks to the protectionism of the 1930s 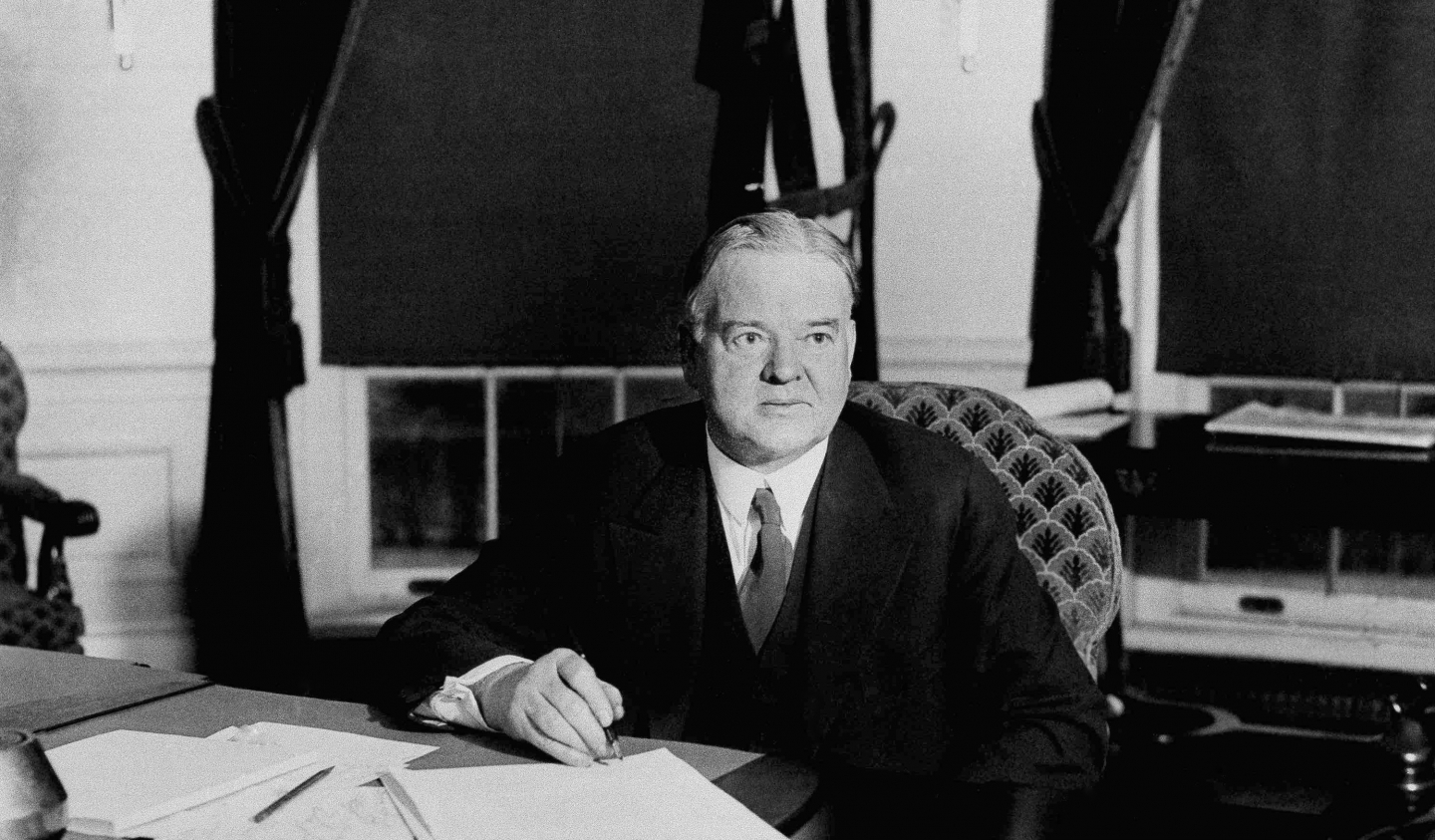 On November 28, President Trump’s administration initiated countervailing duty and anti-dumping reviews of Chinese aluminum exports. If upheld, these reviews could result in the application of punitive tariffs and possibly trigger retaliation by China.

Recent US trade actions do not bode well for the World Trade Organization (WTO) Ministerial Conference happening next week in Buenos Aires. Ministers will have to grapple with a key issue: China’s entry into the global trading system and its impact on unskilled workers.

The potential consequences of failure at the WTO conference are enormous, largely because Trump’s countervailing duty and anti-dumping reviews are not an isolated action. They follow the repudiation of the Trans-Pacific Partnership, the renegotiation of the North American Free Trade Agreement and the administration’s refusal to endorse past “boilerplate” language on trade in Group of Seven, Group of 20, and International Monetary and Financial Committee communiqués. While there may be more bluster than substance behind these actions, Trump’s rhetoric is earning him a reputation as the most protectionist president since Herbert Hoover, who presided over what one contemporary described as “the asinine” Hawley-Smoot Tariff Act.

All of this is disconcerting for economists — who, it might be imagined, take an oath declaring their faith in free trade — as well as for David Ricardo’s principle of comparative advantage. While countless undergraduates have undoubtedly struggled with the concept, the underlying point — that specialization expands total production and creates welfare gains — is extremely powerful. It follows that trade, which allows for greater specialization across national borders, should be mutually beneficial for those who engage in it. Anything that impedes that process, such as tariffs, is harmful and ought to be resisted.

Free Trade in the Twentieth Century

The last quarter of the twentieth century may be regarded as the apotheosis of global free trade — in the sense that trade in goods and services was probably freer than at any other time in modern history. It was not always so, of course. Governments have always sought to protect and expand domestic employment by encouraging exports and blocking imports. And domestic protection has long been available through the political process. It was thus that the disastrous Smoot-Hawley Tariff Act was enacted by the US Congress in 1930.

Timing is everything in life, and this legislation was very badly timed. Smoot-Hawley raised tariffs across a broad swath of goods as senators and congressmen feverishly competed to secure protection for their constituents. It is not surprising, therefore, that as banking crises in Europe and America triggered the Great Depression, country after country responded by erecting high tariff barriers in an ill-fated attempt to insulate their economies. They failed. Instead, they destroyed the global trading system, wiping out the benefits associated with the gains from trade. In consequence, the global economy remained mired in stagnation for almost as long as the post-global financial crisis recession.

Following the cataclysm of the Great Depression, countries successively negotiated these tariffs down, under the aegis of the General Agreement on Tariffs and Trade, which eventually morphed into the WTO. By the end of the last century, tariffs (at least among industrial countries) had been reduced to under five percent.

These were halcyon days for international trade.

But lower tariffs do not eliminate the demand for protection that domestic interests seek, and which the political process will endeavour to supply. As a result, as tariff levels came down over time, the nature of protectionism changed. Ham-fisted tariffs, like those imposed under the Smoot-Hawley Tariff Act, were replaced by more subtle claims that foreign firms were dumping product (the practice of selling to export markets at a price below that charged in domestic markets). WTO data shows that between 1995 and 2016 there were a total of 5,286 cases of dumping initiated under the rules of the global trade body. China was the respondent in 1,217 of these cases, with Korea a distant runner-up with 398 complaints levied against it. The aluminum complaints lodged this week by the Trump administration add to this list.

The China Shock and Unskilled Workers

These cases underscore the fact that China’s 2001 entry into the WTO — after decades of economic, financial and political autarky — fundamentally changed the global trading system. The addition of millions of new unskilled workers producing goods for export greatly expanded the global economy and increased living standards for millions in China. The reduction in global poverty that resulted represents a monumental historic achievement. But it also put downward pressure on unskilled labour elsewhere. Moreover, with capital free to move to China to exploit low-wage labour, the return on capital increased.

Traditional trade theory based on factor endowments (the amount of capital and labour an economy has) predicted these effects — but they were still overlooked.

One explanation is that economists preoccupied with “new” trade theory — which focuses on the effects of imperfect competition on trade flows — forgot about factor proportions. It might also be the case that the political process responded to the incentives created by the donating class, whose interests were aligned with returns on capital. Regardless, when the China shock hit, many were unprepared for, or unwilling to address, its impact on inequality.

The understandable, if not inevitable, result is a backlash against trade liberalization that has been manifested in the Brexit process and resurgent nationalist movements around the globe.

This leads us to the present state of the international trade regime and the Trump administration’s provocative campaign against trade. The president is correct in his contention that China’s position in the global trading system has harmed US workers. But he confuses cause and effect in thinking that the solution is neo-mercantilist managed trade.

Trade has always entailed disruption as some sectors expand and others contract. That dislocation is the price of the efficiency gains and increased wealth that economists have long extolled. The question is how those benefits are shared. In this respect, the harm that ostensibly motivates the president is not caused by trade; rather, it is the myopic and tribal political response that failed to assist workers who would bear the burden of trade-related dislocation.

Other developed countries similarly exposed to the China shock have not suffered the same increase in inequality. These countries are notable for a range of programs — health care, retraining to assist unskilled workers displaced by trade, and tax and transfer policies that redistribute income. And while all developed countries redistribute income, research by Peter Lindert, an economics professor at the University of California – Davis, shows that the United States stands out as having both a high degree of inequality and less redistribution than other developed countries. Moreover, since the late 1970s (when the wave of trade liberalization was reaching its crest), governments permitted “a mission drift away from investing in lower-income children and working-age adults, while concentrating social insurance on the elderly.”

There is little mystery as to why Trump’s dystopian vision of the damage wrought by “unfair” foreign trade practices resonated with many Americans. But rather than learn from past policy mistakes, the White House and the Republican-controlled Congress seem intent on doubling down on them. This president’s trade policies are part of that agenda.

The danger going forward is that by design or accident the global economy will stumble into a new Smoot-Hawley world, in which the gains from trade are lost. Such an outcome is worrisome.

There are enormous challenges to be confronted, including the costs of climate change and the huge global development needs that arise from environmental degradation, fighting terrorism, and restoring stability to the global economy, which remains traumatized by the global financial crisis. Meeting these challenges will require the resources generated by a dynamic, efficient global economy.

A new Smoot-Hawley world is also dangerous from a strategic perspective. It could hasten the formation of regional trading blocs and the kind of opaque, non-market resource allocation that prevailed in the dark days of the 1930s. Such arrangements, which entailed preferential access to global resources, undermined international comity and weakened cooperation between democratic nations.

There is no clear path forward from these potentially dire threats to the global economy and international stability. It is clear, however, that single-minded pursuit of further trade liberalization without due regard for distributional issues or growing inequality would lead to efficiency losses and the destruction of the trading system. The goal should be to preserve the gains that have already been reaped. That is the challenge confronting WTO trade ministers as they gather in Buenos Aires.

"The danger going forward is that by design or accident the global economy will stumble into a new Smoot-Hawley world, in which the gains from trade are lost."
The opinions expressed in this article/multimedia are those of the author(s) and do not necessarily reflect the views of CIGI or its Board of Directors. 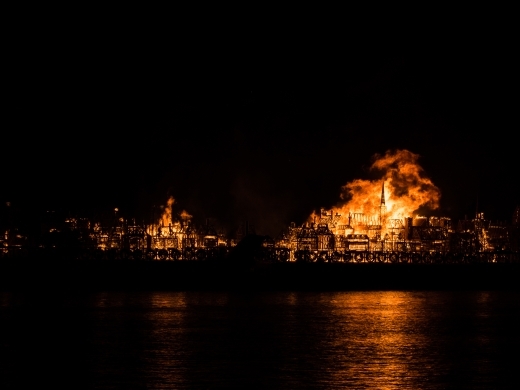 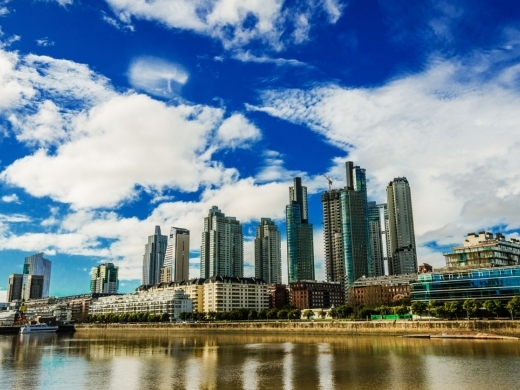 Trade
WTO
An Opportunity for the WTO