Putin's "Mission Accomplished" Moment in Syria Was All for Show 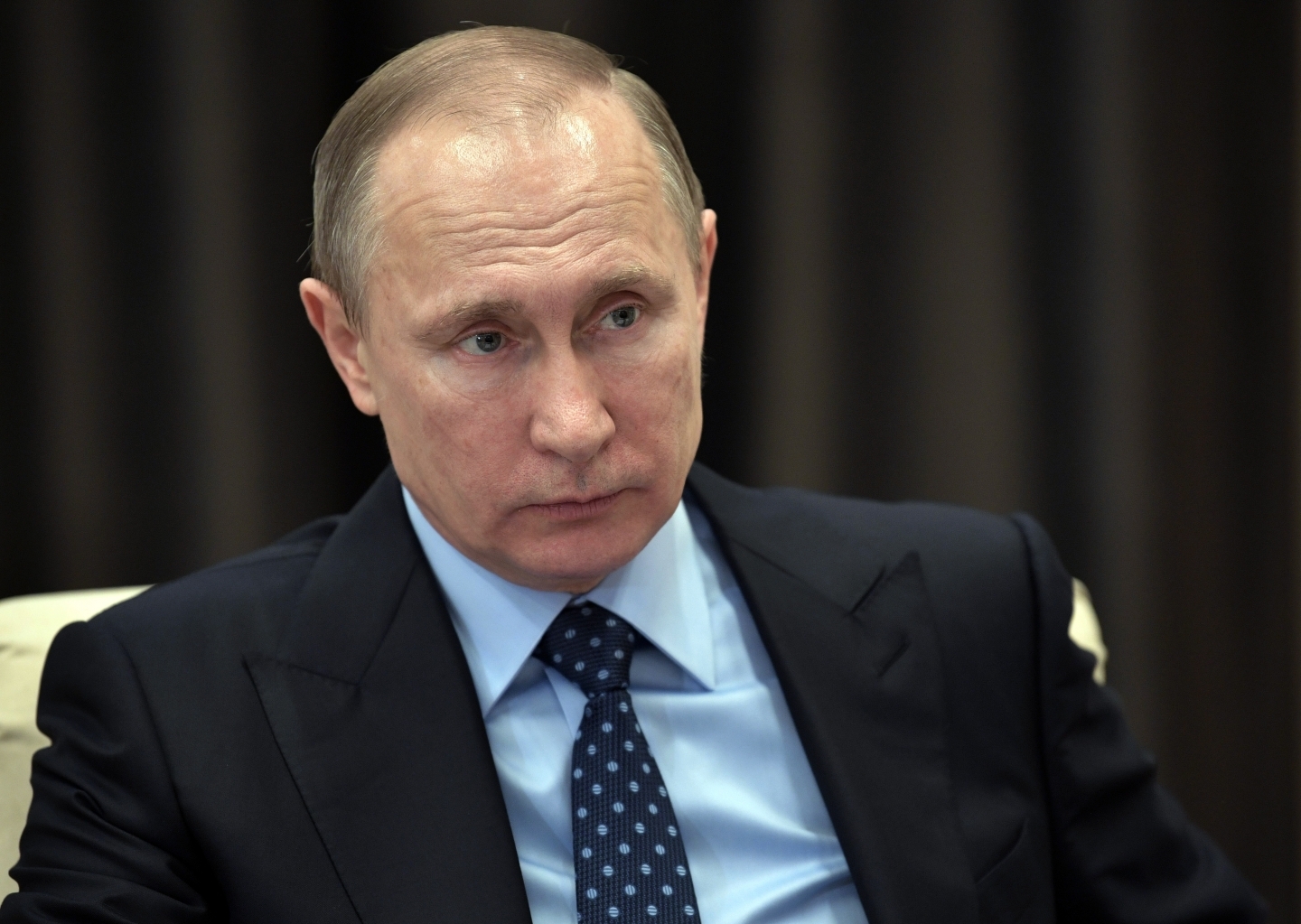 Russia's President Vladimir Putin made an unexpected trip to Syria on Monday to announce the removal of some of his troops from the war-torn Middle Eastern country. If this feels like déjà vu, you are not imagining it. Putin has made similar announcements twice before, and at one point was forced to renege and redeploy Russian forces after Syria's Bashar Assad lost control of territory they had helped win over. But Putin did not go to Syria to shore up Assad's flailing legitimacy; he went to Syria to dupe a Russian audience.

Needless to say, before Russia's two year aerial bombardment supporting Syrian, Hezbollah, and Iranian ground forces, Assad's regime was undoubtedly in jeopardy. Hence, Assad's warm embrace of Putin on the tarmac of Russia's Hmeymim air base in Syria was that of a man thankful for his very survival. Russia's entrance into the Syrian war to prop up Assad would put an end to American wrangling about whether US President Barack Obama should intervene in the Syrian conflict to stop the bloodshed and outpouring stream of refugees. The costs of intervention would now be too high for Obama and the benefits uncertain as ever.

On the heels of a popular occupation of Eastern Ukraine done in the name of "protecting" Russian-speaking communities, Putin would use the Syrian intervention to restore a bruised image of Russia as a global superpower. This despite the fact that Russia is, by all accounts, a declining economic power controlled by crony capitalists that suck the riches from a petro-state characterized by low productivity and innovation. As astute Kremlin watchers note, Putin need not fill the fridge of an average Russian if he can control the TV to fill them with nationalist pride.

Putin's showboating in Syria serves to create more hollow nationalism for the Russian public's consumption. It is not a coincidence that Putin's claim of victory in Syria comes as the international coalition is declaring the end of ISIS's self-proclaimed caliphate. Putin would like his people to believe his forces were in Syria to fight the ISIS terrorist network, which had seized nearly a third of Syrian territory. With the exception of Russia's liberation of Palmyra from ISIS, Russian forces were more likely helping to prop up the al-Assad regime, guilty of killing nearly 200,000 of its own civilians, than engaging in any fight against ISIS.

ISIS was defeated thanks to predominantly Kurdish-Syrian forces in the East and Turkish-backed forces in the North. Across the border, the Iraqi army, Iranian-backed militia, and Kurdish Peshmerga forces cleared ISIS from its Iraqi territories. Across the Syrian and Iraqi landscape, it was Western governments' air power that supported the ground forces who liberated territory from ISIS's grip. Russian media will skirt over these details and Putin will no doubt try to take credit for the defeat of ISIS.

The timing of Putin's visit to Syria is also about domestic politics. A few days earlier, he stood in front of an automobile factory and responded to a staged question about whether he would run for another term as President. The sly Putin announced that he would indeed run again in the March election. His eventual victory is not in doubt; he controls nearly 80 per cent of Russian media, critical journalists have been mysteriously killed, and his alpha male image as a leader who resurrected Russia's image as a global superpower makes him extremely popular. If, or safe to say, when Putin wins the 2018 election, he will govern until 2024, a reign nearly as long as Joseph Stalin's.

Despite the optics, we are not one step closer to peace in Syria, because the country is run by hundreds of warlords and militias. The Assad regime controls Damascus, but he emboldened and then bequeathed power to thugs and warlords who govern outside the capital. The Syrian opposition, both armed and unarmed, have been pacified for now.

Despite announcing the pulling of some troops, Putin affirmed that Russia's air and naval base will remain steadfast in Syria. Dependency on oil exports in an age of stagnant oil prices means Russians will need further television coverage of Putin's global gambits to fill the void of economic prosperity. Good thing Putin will hold his marathon four-hour diatribe on Russian TV this Thursday.