Reform or Collapse: Why Douglas Rushkoff Is Calling for an Internet Renaissance

I have admired Douglas Rushkoff for a long time — both for his writing and work and for the place he has established in his field. He is an academic, yes, but he is also a remarkably effective communicator of his research on media and technology. His books, including Throwing Rocks at the Google Bus and Team Human, draw on — but also step back from — scholarship in a way that provides the necessary distance to speak to both wide historical context and the public need of the moment. This is a tough space to inhabit, as it risks detaching from both scholarly conversation and contemporary urgency. We got the chance to speak to Rushkoff on this week’s episode of the Big Tech podcast, and it was one of the most thoughtful and fun conversations I have had. Let me reflect on a few moments that stood out to me and highlight some examples of the scope and perspective that he adds to our understanding of technology and society.

First, is the advent of the internet simply analogous to past introductions of new communications technology? This is an argument that regularly frustrates me. In response to concerns about the current manifestation of the internet, you often hear that each new revolution in communications technology had negative consequences, and it simply took us a decade to figure it out. The same is therefore true now. This argument, of course, ignores the fact that each new communication technology changes society in new ways. In our interview, my co-host David Skok raises the example of the people watching the Lumière brothers’ early moving picture, The Arrival of a Train at La Ciotat Station, in 1896, ducking as the train came toward them on a screen. Rushkoff responded that our current technology infrastructure functions fundamentally differently. “When the train came at them in their seats, were they told that, if you vote for Teddy Roosevelt, this train will not hurt you? Were people measuring the impulses that could push them back into their seats, so we know how to control a population?”

Rushkoff then steps back further. The shift from oral to written communications shifted our thinking from a circular tradition to one of progress, with a history and a future. The advent of broadcast media introduced a tool for mass manipulation and the ability to create consumer demand for products that people didn’t need, establishing the model for our current consumer society. The design of communications culture changes society. The internet, he argues, stood a chance at breaking this. Initial internet users were watching nine fewer hours of television a week. And there were no ads on the internet. This quickly changed.

Second, were the early internet evangelists naive in their belief that the internet would fundamentally push back against centralized power and bring about positive social change? I wrote a book about this topic, but was still taken aback by Rushkoff’s answer. “For me,” he argued, “the turning point was the day that Marc Andreessen took Netscape public. Netscape was a non-profit thing, and the day that Netscape went public was the same day that Jerry Garcia, the guitarist for the Grateful Dead, died. I always took that to be symbolic of that’s the day that we left behind the 1960s values that were informing that early homebrew computer club, West Coast/Bay Area, psychedelic-rave, fantasy role-playing, hypertext Gaia hypothesis, Terence McKenna-Ralph Abraham-Esalen neural-network-of-humans internet, and traded it in for this dot-com, extractive, exponential Kurzweilian nightmare.” His point, made with a flourish, is that we traded the design of a decentralized internet that fundamentally empowered its nodes (as John Perry Barlow outlined in his Declaration of the Independence of Cyberspace) for a commercial model. This was the moment, according to Rushkoff, when the internet lost its way.

Third, does embedding a financial model into the core of the internet tie its future to objectives that may undermine Western capitalism, such as productivity and growth? To Rushkoff, this is a problem because it consequently has tied our hands when confronting core societal challenges. He sees the problem as analogous to our need to shift from an extractive economy to a renewable one. When we think of the world as one made solely of markets, we can lose sight of broader societal needs. In the digital sphere, this economic framework might lead us straight down the path to an automated workforce. Is this what we want? This structure also hinders alternative economic models. For example, there is a movement arguing for platform cooperatives, whereby the drivers of a ride-sharing service might collectively own the platform they use. Profits and economic value could flow to them, rather than to investors and shareholders. Why hasn’t Uber been undermined by this sort of model? Because Uber is able to use shareholder value to operate at a loss, subsidizing its service and driving out competitors. As Rushkoff summarizes, “they’re subsidized with stockholder money in order to be the last man standing, [to] put everybody out of business and then everybody out of work. They become the sole provider of goods, and the sole employer in the same community.”

Finally, if the structure of the system is the problem — and I agree with Rushkoff that it is — is a renaissance possible? In our conversation, Rushkoff argues that the options are reform or collapse. The challenge, of course, is that the type of renaissance that Rushkoff is urging demands human agency. Team Human is an attempt to put humans, and our best interests, at the core of how we think about our digital infrastructure. And it is this very human agency that is being undermined by the current structure. The efficiencies of automation, artificial intelligence and, perhaps, even transhumanist technologies may undermine the very reforms we need most. Here’s hoping that Rushkoff, and his advocacy for “Team Human,” which he admits is schtick, can push back against these structural forces. 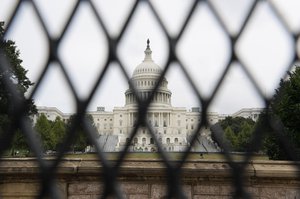 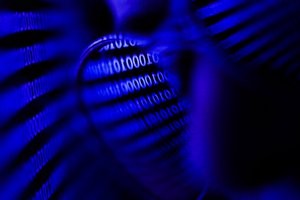 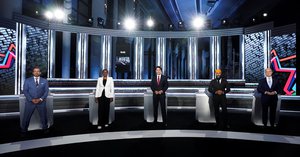