Warfare is not experiencing the flashy technological transformations that some futurists expected.

Some seven months into Russia’s current attack on Ukraine, the war is being characterized as “establishing principles for the twenty-first century.” In many ways, this conflict is being seen as a test case for the wars of the future. While it is too soon to draw specific lessons, some critical insights are already emerging.

One is that warfare is not experiencing the flashy technological transformations that some futurists expected. Instead, changes are incremental and focused. Technology is being tweaked to enable greater access to and sharing of information; sensor-based technologies are appearing in a variety of settings; and operational data is being collected and used to train artificial intelligence (AI) systems.

One often-discussed aspect of the current fighting in Ukraine is the availability of open-source information. Watching Russian military manoeuvres just before the 2022 incursion, The Economist declared that open-source intelligence was leading to an “era of transparent warfare.”

Both sides in the Ukraine war can now more effectively monitor events on the ground. What is particularly interesting, however, is that the Ukrainian military is also profiting from technology that connects troops in the war zone to a wider group of technologically savvy individuals. Open-source experts and “online volunteers” are intercepting communications among Russian military units in Ukraine and providing that information to the Ukrainian military. Such practices will likely become common in future warfare, with skilled individuals from any location in the world joining battlefields virtually and supporting militaries on the ground.

Advances in monitoring and the constant sharing of data pose an interesting challenge for militaries. General Mark Milley, the chair of the United States Joint Chiefs of Staff, notes that the more visible battlefield requires the use of smaller units. He points out that “concealment, the size of your force, and the speed at which you move around a battlefield will contribute directly to your survivability on a future battlefield that is highly lethal.”

This is not a great shift for Western military forces, which have for some years been engaging in “light footprint” actions. These involve using remote technologies, such as drones; training local forces that are then deployed; and deploying small special-operations teams. Even with this shift, however, there is a growing recognition that new technologies are making it difficult to avoid detection and monitoring by a wide array of individuals, states and groups.

The war in Ukraine has also been labelled the “smartphone war,” with many observers, including soldiers on the ground, contributing to the narrative of the fighting under way via social media. Other footage is captured by commercial satellites and drones. Providing up-to-the-minute footage is one way for militaries to counter disinformation. The combatants in Ukraine have also employed commercial drones in reconnaissance.

Military use of both smartphones and commercial drones illustrates the dual-use nature of technological development: technology developed for civilian use is then used in warfare. In other words, advances in commercial technologies may well shape what shows up on the battlefield. While this point might seem obvious, it reinforces the idea that weapons in the future might not be as “futuristic” as we have imagined.

It's interesting to note how Ukraine, the weaker military power, is adapting dual-use technologies to address asymmetry. For example, commercial drones become weapons when explosives are strapped on them. There is evidence that Ukraine has used these “homemade kamikaze drones” against Russian forces. Ukraine has also put out a general request for the donation of commercial drones (dubbed “dronations”) and crowdfunded for the purchase of military drones.

Military drones, particularly loitering munitions (or kamikaze drones), are taking on a new importance in current conflicts. What many militaries learned from the 2020 Nagorno-Karabakh conflict was that drones and loitering munitions are critical in modern military arsenals. The conflict in Ukraine seems to confirm this lesson. Electronic countermeasures against both commercial and military drones will likely keep pace with such developments.

We also see how military operations in Ukraine are providing data used to train AI systems; this is likely the case for both Russian and Western militaries. Indeed, Russia recently announced that it had formed a department specifically focused on developing weapons with AI. The United States, arguably the world leader in military AI, has already established the Chief Digital and Artificial Intelligence Office, which is intended to further the use of AI across the US military. A challenge for incorporating AI into defence applications and weapon systems is the collecting of recent high-quality operational data; recent and current conflicts are providing such training data for more militaries.

Indeed, the war in Ukraine has added to the push for developing and investing in military AI. A number of countries, including Germany, for example, have dedicated significant funds for AI research. On June 30, the North Atlantic Treaty Organization announced a $1 billion Innovation Fund for early-stage start-ups and venture capital funds. But, as Ukraine has shown, even smaller countries are able to use and adapt new technologies.

To a large extent, the choices countries make in investing, adapting and using certain technologies will shape the wars of the future. Some of these choices, such as the degree to which humans remain in control of AI systems, will be critical to global stability.

Ultimately, there is no technological magic wand that will eliminate the hard work needed to rebuild societies after conflicts end. The ideal solution is to do the hard work in advance and prevent conflicts from escalating to armed violence. So far, nothing beats the oldest tool in the toolbox: diplomacy.

This article first appeared in Techonomy. 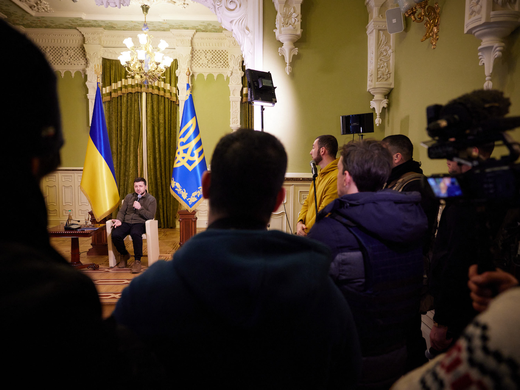 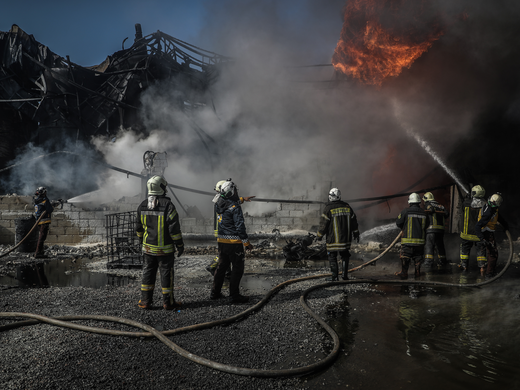 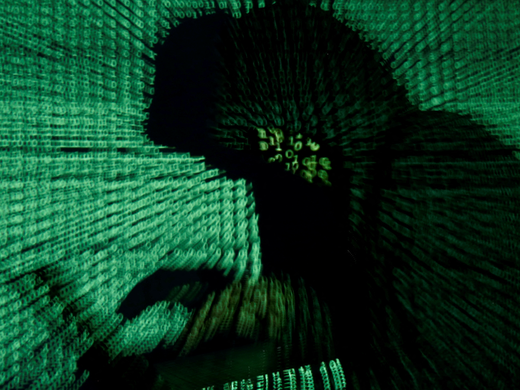