Snap Election in Hong Kong a Test for Beijing in 2017

Poll a chance for China to regain political initiative after unrest 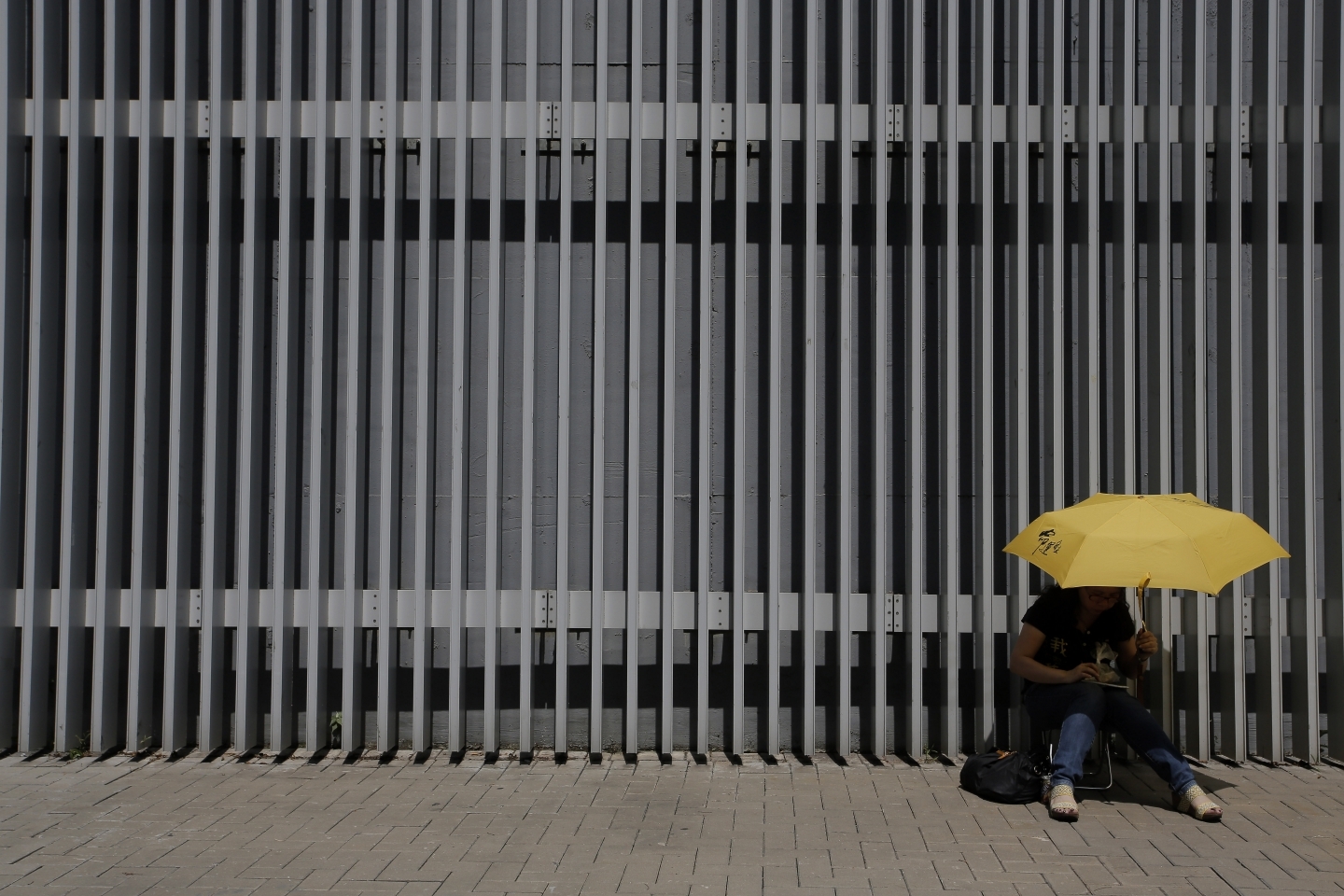 To the surprise of many, Hong Kong begins 2017 with the search for a new leader, following the abrupt departure on a quiet Friday afternoon of Chief Executive Leung Chun-ying, who has been described by some as loyal to a fault, playing to Beijing audiences, but losing hearts and minds at home.

While observers are still reading the tea leaves to divine all of the factors that led to Leung’s sudden departure, we can be confident of one prediction for 2017: Beijing will ensure the next leader of Hong Kong is equally loyal to the mainland, if perhaps more effective at embodying the autonomy afforded the special administrative region.

Beijing wants political stability. It also wants to be seen internationally as making good on the promise it made — when the former British colony was handed over — to respect the region’s special status.

This means a snap election leading to a satisfactory outcome, which is all but guaranteed by the sector-based electoral system used to select the chief executive. But it also means an orderly transition, as free as possible from the street-level disruptions of 2014 led by the pro-democracy umbrella movement.

The departure of Leung provides authorities a chance to regain the political initiative, after a messy end to 2016 that saw Beijing once again intervening directly in Hong Kong’s legislative affairs, in an episode that brought into sharp relief the tensions surrounding the unique governance arrangement between the mainland and the region, and provoked criticism from the central government’s foes.

The ugly chapter that immediately preceded the departure of the chief executive saw the mainland trying to nip protests in the bud by blocking two rookie pro-independence legislators, Sixtus Leung and Yau Wai-ching, from taking office in the Hong Kong legislature.

The intervention was sparked by Sixtus Leung and Yau displaying a pro-independence flag reading “Hong Kong is not China,” and substituting a derogatory word and a common obscenity for China at their swearing-in ceremony in November.

This provocation triggered a public outcry in mainland China, and the Chinese leadership swiftly responded by taking action.

Using the Basic Law of Hong Kong, known as the mini-constitution of the region, China effectively barred the two pro-independence legislators-elect from taking office. The National People's Congress of China accomplished this with a strict interpretation of Article 104 of the Basic Law, which states that all lawmakers in Hong Kong must swear to uphold the Basic Law and swear allegiance to serving the People’s Republic of China. Failure to do so gives the state the right to disqualify the oath taken.

Perhaps the Chinese government felt that it had to respond harshly and punish the pro-independence movement, which constitutes a challenge to one of China’s core interests, the integrity of China’s sovereignty and its One China policy.

The pan-democracy camp in Hong Kong decried the blocking of these legislators as Beijing tightening its hold on Hong Kong, and meddling in its political affairs by “brazenly exploiting a technicality.” Former Democratic Party chief, and mouthpiece of the umbrella movement, Martin Lee was quick to criticize the intervention, saying the move was more akin to amending the law than interpreting it.

Despite having to bow to a more powerful government in Beijing, Hong Kong’s judiciary has long since sought to maintain a reputation for independence. While showing its loyalty to Beijing, the Hong Kong government has always tried to take it upon itself to enforce the rule of law.

When the pro-independence legislators-elect defied and defamed China, the Hong Kong government first sought to handle the matter through existing channels, and filed a case against the two lawmakers before a local court soon after their swearing-in ceremony. But Beijing stepped in.

The episode fits a pattern that may be repeated in 2017. When it comes to dealing with political crises in Hong Kong, Beijing relies on intervention, mobilizing all the resources at hand to crack down on protests and opposition that it believes will endanger Hong Kong’s stability and threaten the principle of one country, two systems.

In Beijing’s eyes, any political reforms, including electoral reforms, that strengthen the pro-democracy camp are unacceptable. Despite widespread consensus that Hong Kong’s pro-democracy camp is not a sizeable threat to the mainland, Beijing doesn’t want to gamble and would rather stamp out the movement in its early stages than see it grow.

Meanwhile, the Hong Kong government has struggled to keep the balance between being loyal to the central government and maintaining Hong Kong’s special autonomy in judicial and political affairs.

It should be acknowledged that the persistence of the pro-democracy movement has played a role in preventing Hong Kong’s political rights and freedoms from being eroded, and is appreciated by many in Hong Kong, and has won it worldwide moral support.

The movement, however, has been evolving towards a disturbing, radical form of populism since the first street protests back in 2003.

Persistent resentment of Beijing’s political repression has also cultivated an anti-China sentiment in Hong Kong. It was strengthened and amplified in recent years by discontent and contempt in Hong Kong society toward mainland Chinese tourists.

It is in this anti-China atmosphere that localist and outright-independence sentiment has surfaced. The stunt by the two amateur pro-independence legislators-elect during their swearing-in ceremony reflects the kind of radical, narrow-minded populism that is coming to characterize the movement in Hong Kong.

The political crises in Hong Kong ultimately focus on a key governance challenge: how to maintain Hong Kong’s special autonomy, which is guaranteed and implemented through the Basic Law of Hong Kong. This issue was never really addressed in the Basic Law and will not be settled in the near future, in view of Beijing’s tendency to crush protests in Hong Kong with outright repression.

Looking ahead, the increasingly narrow-minded and radical populist tendency of the movement in Hong Kong will only arouse greater antipathy from the pro-Beijing camp, as well as many mainland Chinese.

Meanwhile, the next chief executive will inherit an office that has often struggled to effectively deal with pressure from both the pro-democracy camp and central government in Beijing.

These tensions over governance between the pan-democracy camp and pro-establishment camp, and between the Hong Kong government and central government in Beijing, ultimately reflect the conflicts inherent in the principle of one country, two systems, in which Hong Kong can retain its own capitalist economic and political systems, and enjoy executive, legislative and independent judicial power while mainland China keeps its socialist system.

Beijing wants political stability. It also wants to be seen internationally as making good on the promise it made — when the former British colony was handed over — to respect the region’s special status.
The opinions expressed in this article/multimedia are those of the author(s) and do not necessarily reflect the views of CIGI or its Board of Directors.