With Soleimani Dead, the US Must Brace for the Wrath of Iranian Hardliners 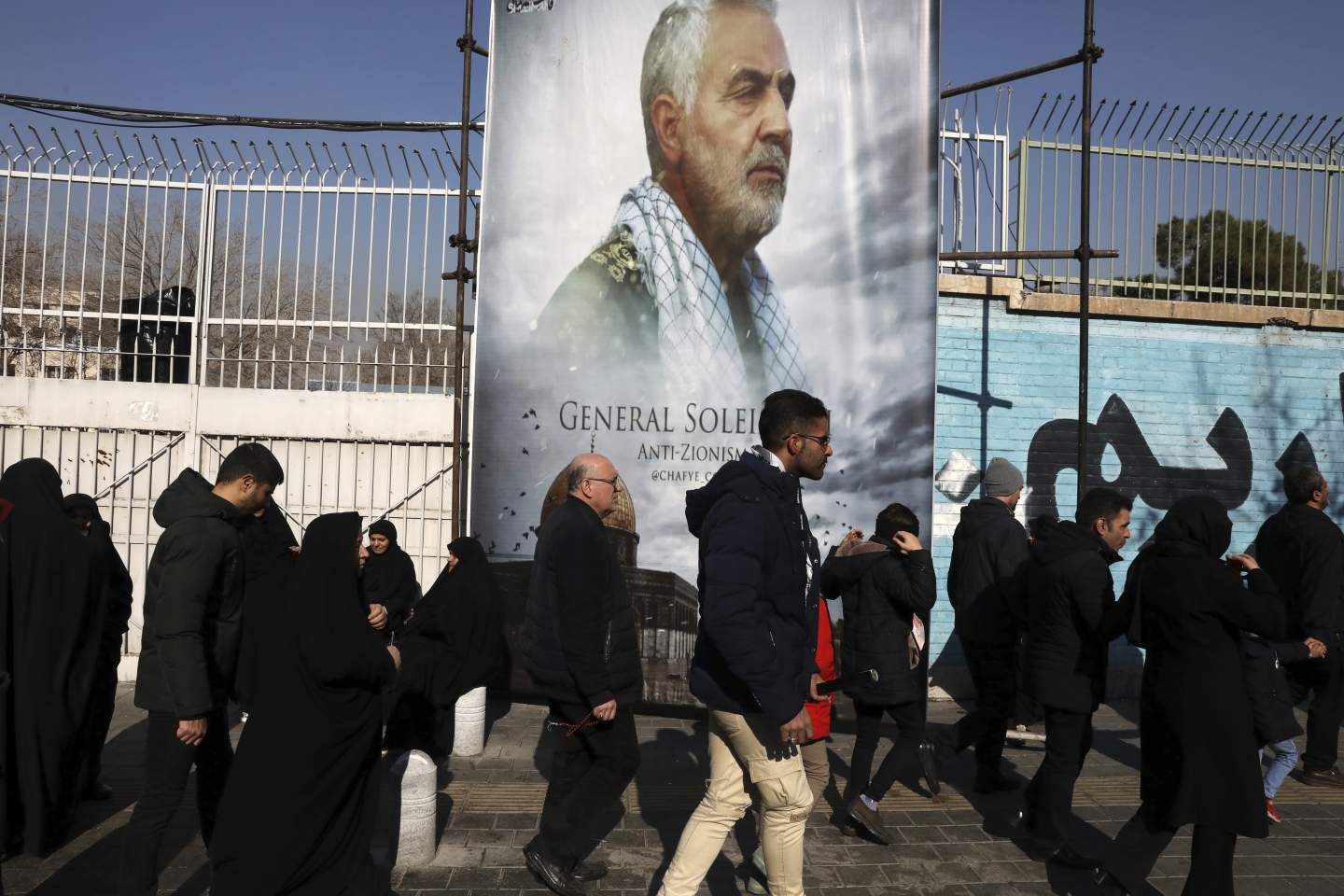 The US assassination of Qassem Soleimani, Iran’s Revolutionary Guard commander and Quds Force leader, will reverberate across the Middle East. Unlike the assassinations of al-Qaeda’s Osama bin Laden or Islamic State’s Abu Bakr al-Baghdadi, who both led spent movements at the time of their deaths, Gen. Soleimani was the elusive mastermind behind active Iranian military campaigns across the region. His death is more akin to that of Archduke Franz Ferdinand, which led to the spiralling of events of the First World War.

A folk hero to Iranian hardliners, Gen. Soleimani was the chief architect of Iran’s regional policies and personally managed strategic relations with its Lebanese and Iraqi proxy forces. He instrumentally guided Syrian President Bashar al-Assad’s destructive and ruthless war on his people to keep strategic land-bridge access to Lebanon’s Hezbollah. Gen. Soleimani worked and guided Iraqi militia leaders – including Abu Mahdi al-Muhandis, who was killed in the same air strike on Thursday – to try to crush the throngs of young Iraqi protesters demanding an end to Iraqi government mismanagement and Iran’s meddling in Iraqi politics.

Carrying out Iran’s clandestine military strategy, Gen. Soleimani kept fires burning across the Middle East and with that had plenty of innocent civilians’ blood on his hands. Many progressive young Middle Easterners who want to see democratic change in the region may be rejoicing at his death. But he also warmed the hearts of hard-line Iranian forces with tales of heroism on the battlefield and invoked the pride of national strength. His assistance to the Iranian-backed militia battle against Islamic State in Iraq had once made him momentarily popular with Iraqis. Gen. Soleimani was a personal confidant of Iran’s Supreme Leader Ayatollah Ali Khamenei, and the Iranian regime will undoubtedly avenge his death. Iranian hardliners see the assassination of their military hero as an act of war. The ailing Ayatollah Khamenei has faced years of on-and-off Iranian protests against the unpopular and despotic regime. He will not be able to feed his embattled hardliners with the narrative of resistance to so-called American imperialism without striking back at the United States.

Americans and Iranians have refrained from striking on each other’s soil. For a number of days before Gen. Soleimani’s assassination, we saw an escalation of tit-for-tat attacks by the Americans and Iranians on each other’s assets in Iraq. While a proxy war between the US and Iran will continue to come at the expense of civilians in and fragile democratic politics of Iraq and Lebanon, and to a lesser extent Syria and Yemen, the potential for missteps and miscalculations of each side is now at an all-time high.

Iran could retaliate with its own attempt at targeted assassinations of leaders and prominent figures in US Arab Gulf ally states – particularly in Saudi Arabia and the United Arab Emirates. Iran could also commit cyber attacks on Western commercial interests and critical infrastructure, and redeploy its small boat and mine attacks on oil-shipping vessels in the Strait of Hormuz. Similar to Iran’s likely attack on Saudi Aramco installations in September, the Iranians will want to indirectly hit the US on assets that symbolically undermine American claims to providing regional protection of its allies. With Canada’s own armed forces stationed in Iraq and our command of the NATO mission in Iraq, our nearly 500 troops are now in harm’s way. Iran knows it cannot win a head-to-head conventional war against the US, so it will use asymmetric warfare on its allies that can give it the cloud of deniability and yet deliver the message of war.

This game of chicken can work when parties are rational and get the strategy of yielding before it’s too late. But with an already erratic President Donald Trump who is short on Middle East expertise, having hollowed-out both his diplomatic corps and seasoned military leaders, and with a political need to keep attention off numerous domestic scandals such as the impeachment process, it is hard to see this ending well. The potential that retaliation to Gen. Soleimani’s death could snowball into an outright regional war is no longer impossible to conceive. We must now brace ourselves for the wrath of Iranian hardline anger and the possibility for impulsive and fumbling reaction from the Trump administration.