Syria Strike: Geopolitical Victory or a Slide into a War Americans Didn’t Ask For?

Putin will not take this strike lying down 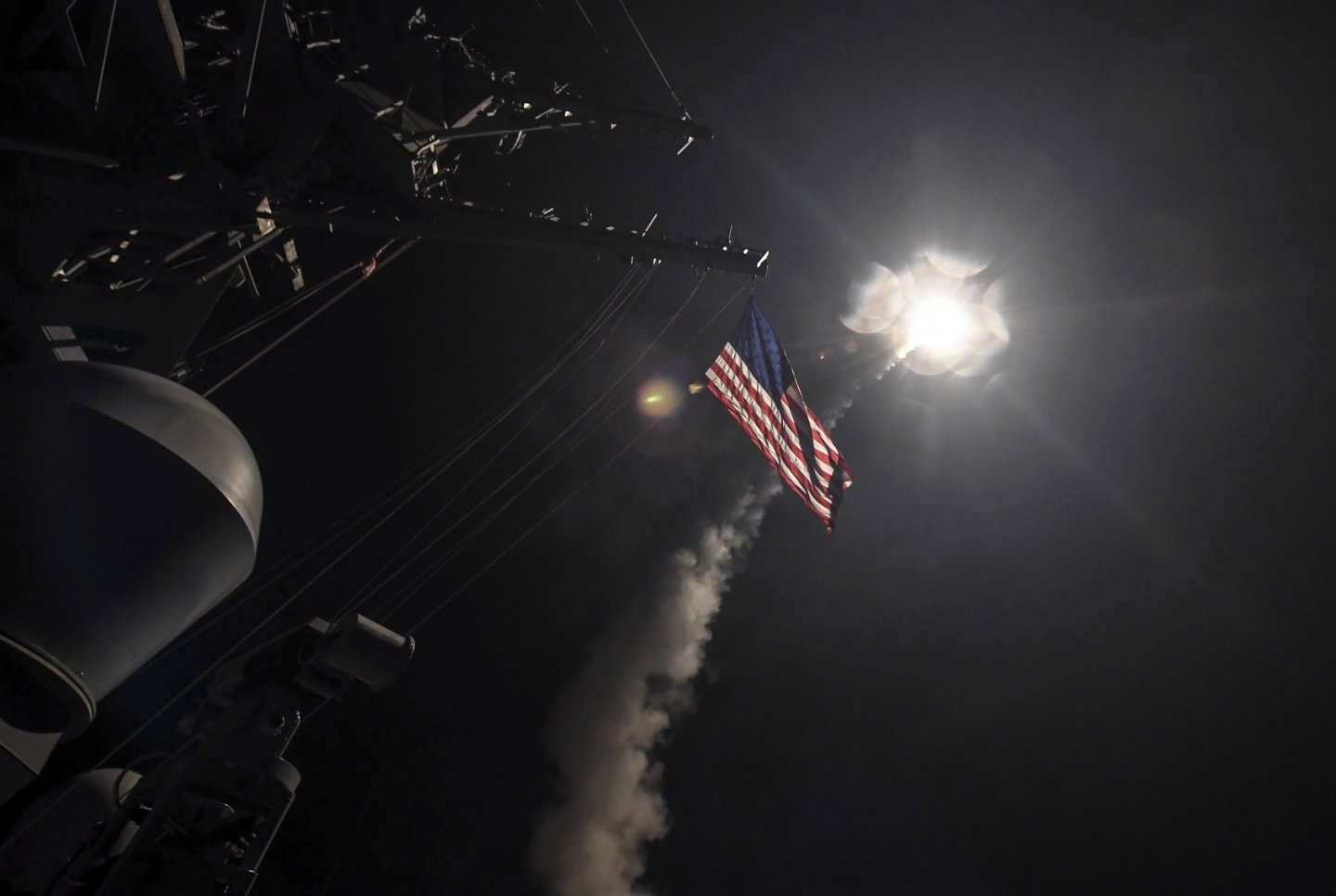 U.S. President Donald Trump took decisive action early Friday morning, hitting a Syrian airbase with 59 Tomahawk cruise missiles after six years of American inaction. On the political right, we can expect cheers, lauding the fact that the United States has finally used its hegemon status to change the military and political calculus of the murderous Assad regime. After the deaths of nearly half a million people, the majority of which have been killed by the Syrian regime, the U.S. has now sent Syrian President Bashar al-Assad the message that a new administration is in the White House, an administration that is not willing to stand idly by as civilians are murdered and war crimes are committed.

The political left feels less optimistic about Mr.Trump’s retaliation with both the White House and State Department in disarray, and few competent regional experts on the President’s staff. The potential for catastrophic regional fallout, exacerbated by a domino effect, is just one miscalculation away. This situation can quickly turn into yet another failed U.S. attempt to usher in a regime change in the Middle East.

Which side is right? Is this a geopolitical victory or a slide into a new war Americans didn’t ask for? Well, technically, it’s both. And the world has reason to be concerned.

The Obama administration passively watched the Syrian regime bomb and kill civilians for six years. Mr. al-Assad interpreted U.S. inaction as a green light to continue his destructive and cruel policies. The Syrian dictator calculated that, following U.S. engagement in Iraq, which drained America’s resources and incited voter backlash, Barack Obama would not be willing to engage in a new Middle Eastern war. Mr. al-Assad’s reasoning proved sound and he proceeded to tear through humanitarian red lines committing atrocities – such as the chemical attack on Ghouta in 2013 – for the following six years.

Cue Donald Trump. In his public statement, Mr. Trump clearly communicated that Mr. Obama’s approach was being retired along with the former president, and that Mr. al-Assad’s actions would now be held accountable by Mr. Trump’s moral compass. Referencing this week’s heart-wrenching images of children and babies who were gassed to death, Mr. Trump evoked God and made his case to the nation and the world that the Syrian regime had to be put in its place.

While Mr. Trump’s retaliation for the chemical attack on Syrian civilians is a clear sign the current U.S. President reacts swiftly, it’s worrying that with the most powerful military arsenal on the planet, Mr. Trump made his decision while at his Palm Beach golf resort discussing trade with the visiting Chinese leader. This U.S. strike looks like an improvised and knee-jerk reaction by a President who is out of his depth when it comes to military and diplomatic affairs.

Adding another layer of complexity to the situation is Russian President Vladimir Putin and his interests in the region, as well as his country’s vested relationship with Mr. al-Assad. Russian soldiers were reported to be at the Syrian airbase just a few days prior to the strikes. Mr. Putin will not take this strike lying down. Both Mr. Trump and Mr. Putin are populist-nationalist leaders with their own hardened political base who have vilified the other country.

Only a week ago, thousands of demonstrators took to Russian streets to protest Mr. Putin’s corrupt regime and self-serving policies. To deflect attention from Russia’s political and economic troubles at home, Mr. Putin may well take the opportunity to rally his country around the flag and react to the U.S. strike with military retaliation. Military conflicts can often start with these kinds of tit-for-tat provocations – think back to Archduke Franz Ferdinand, whose assassination spiralled into the First World War.

It should give no one comfort to also know that the Trump White House has been in continuous disarray. Surrounded by sycophants who have little policy experience, the Trump administration is thin on international and foreign policy expertise. Russia’s retaliatory strike could provoke escalation, which would force this conflict into a showdown between two leaders. Adding other regional players into the mix only furthers the potential for wider-scale destruction. Israel has already publicly spoken out against the Syrian chemical attack and announced its intent to devise a military strategy to combat similar future actions. Iran and Hezbollah, another two wild cards, are staunch allies of Mr. al-Assad, with troops throughout Syria.

Clearly, Donald Trump’s strike on Syria is a game changer in this protracted Mideast conflict. Whether it ushers in an end to Mr. al-Assad’s brutality or incites the beginning of a global and regional conflict is yet to be seen.

"Which side is right? Is this a geopolitical victory or a slide into a new war Americans didn’t ask for? Well, technically, it’s both. And the world has reason to be concerned"
View Full Article
The opinions expressed in this article/multimedia are those of the author(s) and do not necessarily reflect the views of CIGI or its Board of Directors.

An exit strategy for Syria's Assad