Trump and the Death of American Leadership in Asia

On a 12-day, five-country tour of Asia, Donald Trump repudiated the basic structure of international order on which American power and prosperity has rested for more than 70 years 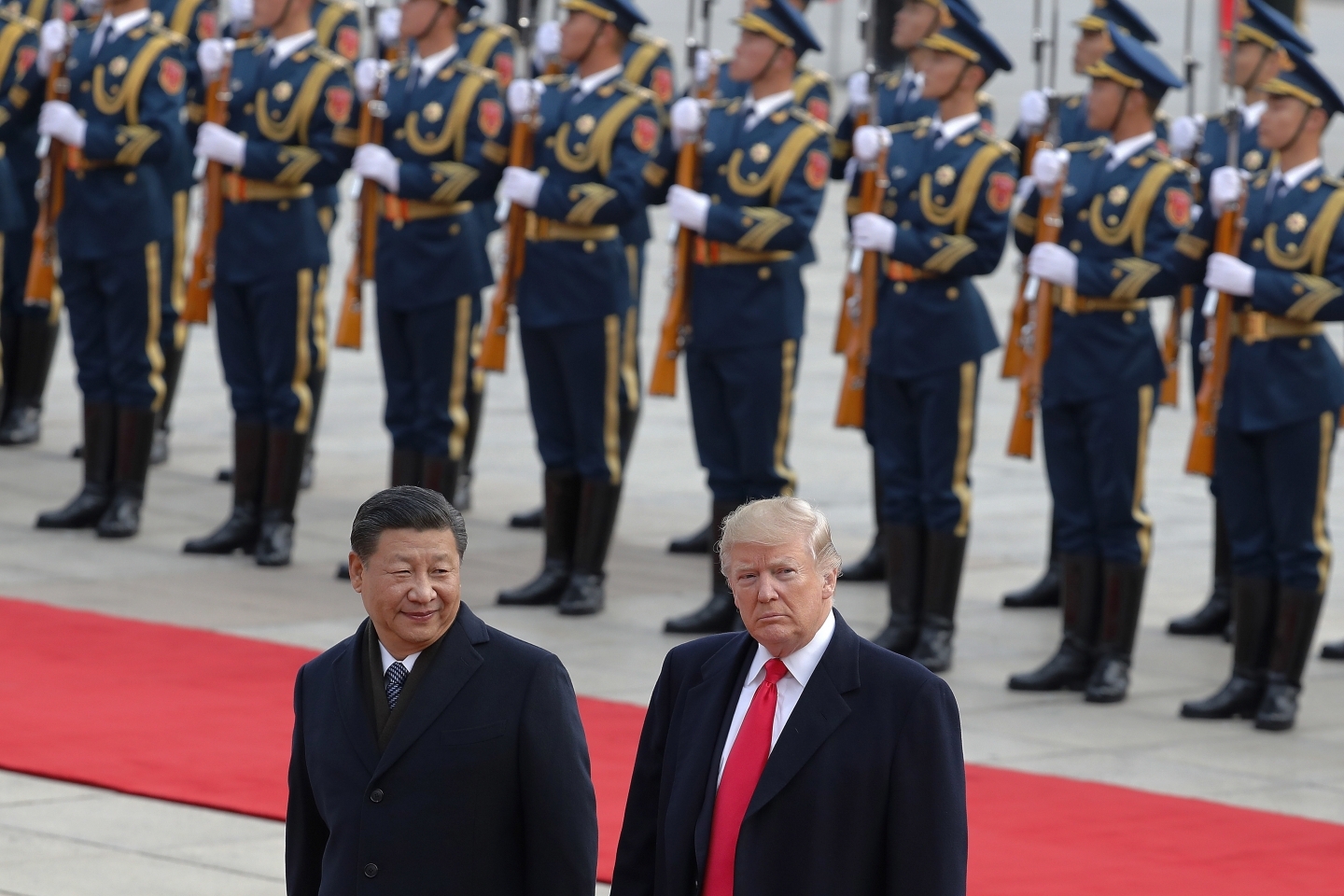 US President Donald Trump walks with Chinese President Xi Jinping during a welcome ceremony at the Great Hall of the people in Beijing, Thursday, Nov. 9, 2017. (AP Photo/Andy Wong)

Now that US President Donald Trump has completed his “Low Expectations Tour of East Asia,” it is time to step back and examine what he did and did not accomplish.

On the achievement side, Trump’s trip was a notable success in at least two respects: first, nothing cataclysmic happened; second, he managed to stay on script, for the most part. While few expected a disaster of some kind, an anxious world did quietly fear that the simmering US-North Korean nuclear standoff might boil over while Trump was in Asia — either while in South Korea, where his presence provided a window of opportunity for Kim Jong-un to do something reckless without fear of immediate reprisal, or while in Beijing or Da Nang, given Kim’s historical penchant for upstaging Xi Jinping at important moments. Instead, all we observed were rhetorical volleys from Pyongyang that were generally muted by recent North Korean standards. Trump even managed not to take the bait until late in the trip. Whatever the explanation for the apparent lull in the drama, Trump’s various hosts were extremely grateful that North Korea did not hijack a busy regional agenda.

Trump himself declared his tour a notable success, trumpeting $250 billion in deals with China — a figure that can apparently only be reached with “fuzzy math” — and the red-carpet treatment he received “like nobody, I think, has probably ever seen.”

But the White House had let it be known in advance that Trump would be looking for two main deliverables: greater international pressure on North Korea and “fairer trade” arrangements. On both, Trump came home empty-handed. There were no new commitments on North Korea, and no long-term agreements on trade.

Unfortunately, what Trump primarily accomplished was to cement his reputation as a maladroit lightweight easily flattered into irrelevance who is neither interested in, nor capable of, playing an active and constructive regional role. There were embarrassing moments aplenty:

Gaffes and stumbles aside, there was a consistent theme to Trump’s performance in Asia: namely, “America First.” Trump made clear that “Make America Great Again” essentially boils down to “Every Country for Itself.” On North Korea, Trump continued to signal that he is prepared to act unilaterally to prevent Kim Jong-un from acquiring intercontinental nuclear capability. On trade, he insisted that the United States “will no longer…enter into large agreements that tie our hands, surrender our sovereignty and make meaningful enforcement practically impossible.”

In effect, Trump repudiated the basic structure of international order on which American power and prosperity has rested for more than 70 years — inclusive multilateralism on trade and forward engagement on security in concert with like-minded regional allies —which depended crucially on the United States being willing and able to play a stabilizing leadership role.

It is safe to say that Trump does not understand the implications of his step back from the world stage. America’s friends and allies no longer know whether they can trust the United States to be there in time of need. They fear a leadership vacuum that China will seek to fill by imposing an alternative hegemonic order — which they may have no choice but to accommodate at an as-yet-unknowable cost to their independence.

The only winner here is China. Xi did his best this month to portray himself as a stalwart defender of an open global economic order. But he no longer has to worry that Trump will resist his efforts to promote a Sino-centric vision. With a little red carpet, some pageantry and plenty of flattery, Xi may very well have succeeded where Putin appears to have failed: namely, in turning Trump into his proverbial useful idiot.