The Trump-Kim Summit: Breaking up Is Hard to Do 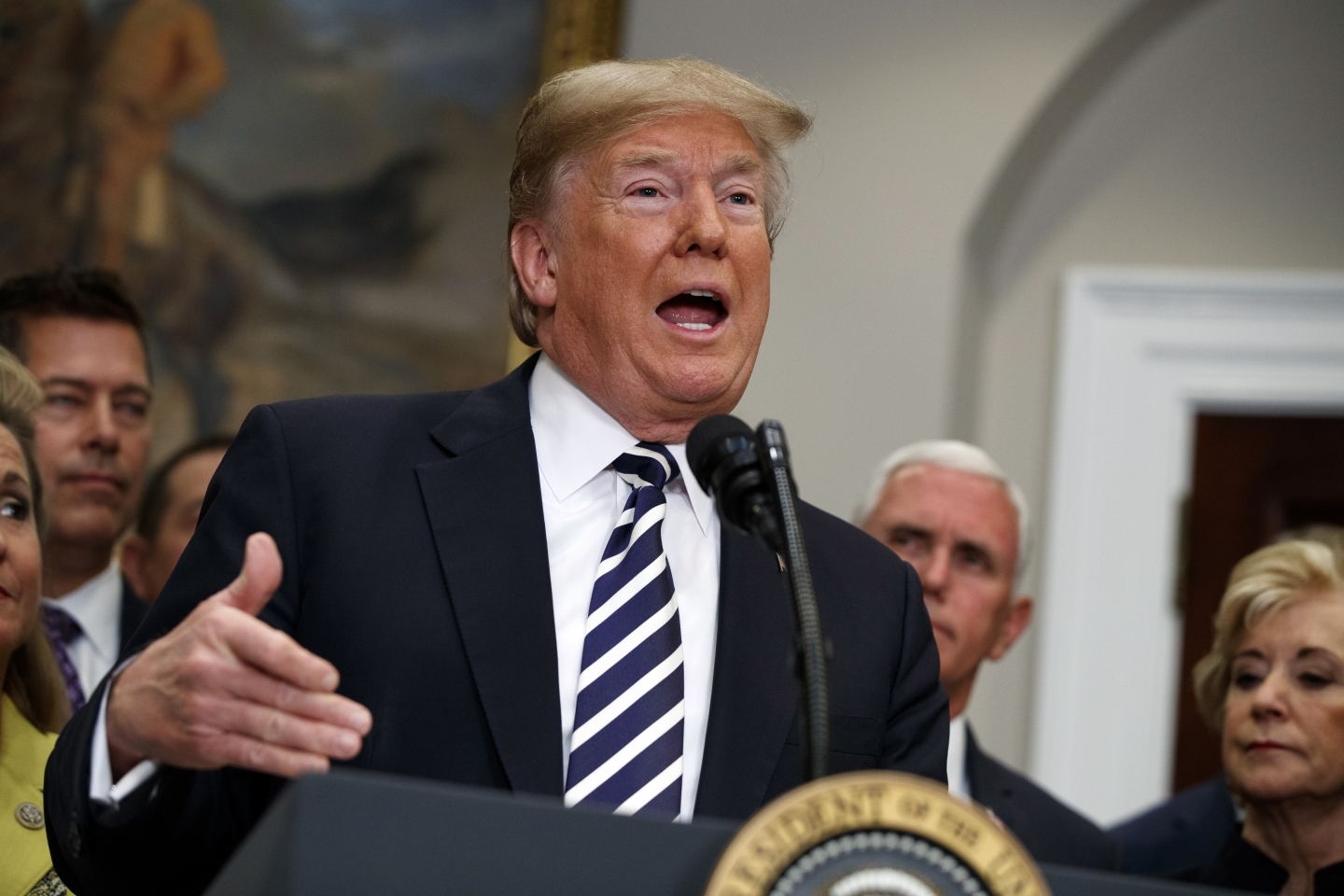 One thing perfectly clear in the dizzying diplomacy of the off-again-on-again June 12 Singapore summit between Donald Trump and Kim Jong-un: Both men want it badly. “I was very much looking forward to being there with you,” Trump wrote in his May 24 letter cancelling the summit, which my colleague Professor Bessma Momani aptly said was “a weird love letter and breakup note all wrapped up in one.” Pyongyang responded that it was ready to meet “at any time, at any format” and that it was Kim’s “fixed will” to go to Singapore as planned. Then, Trump tweeted on Sunday that his team is making arrangements for the summit to go ahead and that “North Korea has brilliant potential.“

Another thing that is perfectly clear is that there is still a big gap between the parties’ positions. Washington has said it wants the “complete, verifiable, and irreversible” elimination of North Korea’s nuclear-weapons capability. Pyongyang has not specified exactly what it wants, but, at a minimum, we can safely assume it must include the survival of the regime, something for which to this point they have evidently considered possessing nuclear weapons a requirement. They probably still do. It was national-security adviser John Bolton’s ham-fisted invocation of the “Libya model” that prompted the angry outburst in Pyongyang that led Trump to cancel the summit in the first place.

With failure such a strong possibility, why are the leaders so keen to meet?

For Kim, part of the answer, surely, is that simply meeting Trump would represent a victory of historic proportions. No sitting president has ever met face-to-face with a North Korean leader and the photos of Trump shaking Kim’s hand in Singapore would represent a propaganda windfall. The regime would spin it domestically as Kim staring down and humbling the “eternal enemy” of the Democratic People’s Republic of Korea by developing homegrown strategic nuclear capability and forcing the leader of the world’s most powerful country to meet Kim as an equal.

But the consequences of returning to Pyongyang without a deal could well be dire. Trump’s administration may decide that diplomacy was hopeless and that only the military option remained. So, if the summit takes place, look for North Korea to agree to anything that might make it look as though diplomacy still had a chance. This could include, for example, a statement of principles for a future long-term settlement, establishing issue-specific working groups, a timetable for future meetings and so on.

Don’t look for Kim to agree to complete, verifiable and irreversible denuclearization. There is no way North Korea is simply going to trust US commitments, particularly in view of Mr. Trump’s recent renege on the Iran deal. If Kim surprises and does agree to wholesale denuclearization, that would suggest he had no choice – and for that to be the case, China’s Xi Jinping will have had to roll out a spectacular package of threats and incentives in their two highly secretive recent meetings.

What about Trump? Here, one need look no further than the allure of the global spotlight. The Singapore summit would be the ultimate reality TV show, with Trump back in his Apprentice role dishing out rewards to Kim for playing nice. Mirroring the North Korean spin, Trump would heap praise on himself for being the first U.S. president able to convince a North Korean leader to come to the table with denuclearization on the agenda. No doubt he has his eye on that Nobel Peace Prize, too.

Thus, it is likely that Trump, too, would agree to something − anything − that can be represented as progress. His own foreign-policy team, and U.S. allies everywhere, will have their fingers crossed that it doesn’t involve giving away the store or throwing friendly countries under the bus.

Analysts uniformly agree that Trump would arrive in Singapore unprepared and unpredictable − the two constants of his foreign policy to date. They also agree that he has delusional self-confidence in his negotiating skills and powers of persuasion. Even members of his own administration worry about this. We are well down the rabbit hole when Vice-President Mike Pence feels it necessary to warn Kim publicly not to “play” Trump.

The Singapore summit is not a done deal. There is still ample time to cancel it two or three more times. But if it happens, it will happen because the principals desperately want it to − not because circumstances are ripe for agreement. And most likely the morning-after headlines will read: Kim plays Trump.