British fans of leaving the EU welcomed the outsider’s victory, but they should be wary 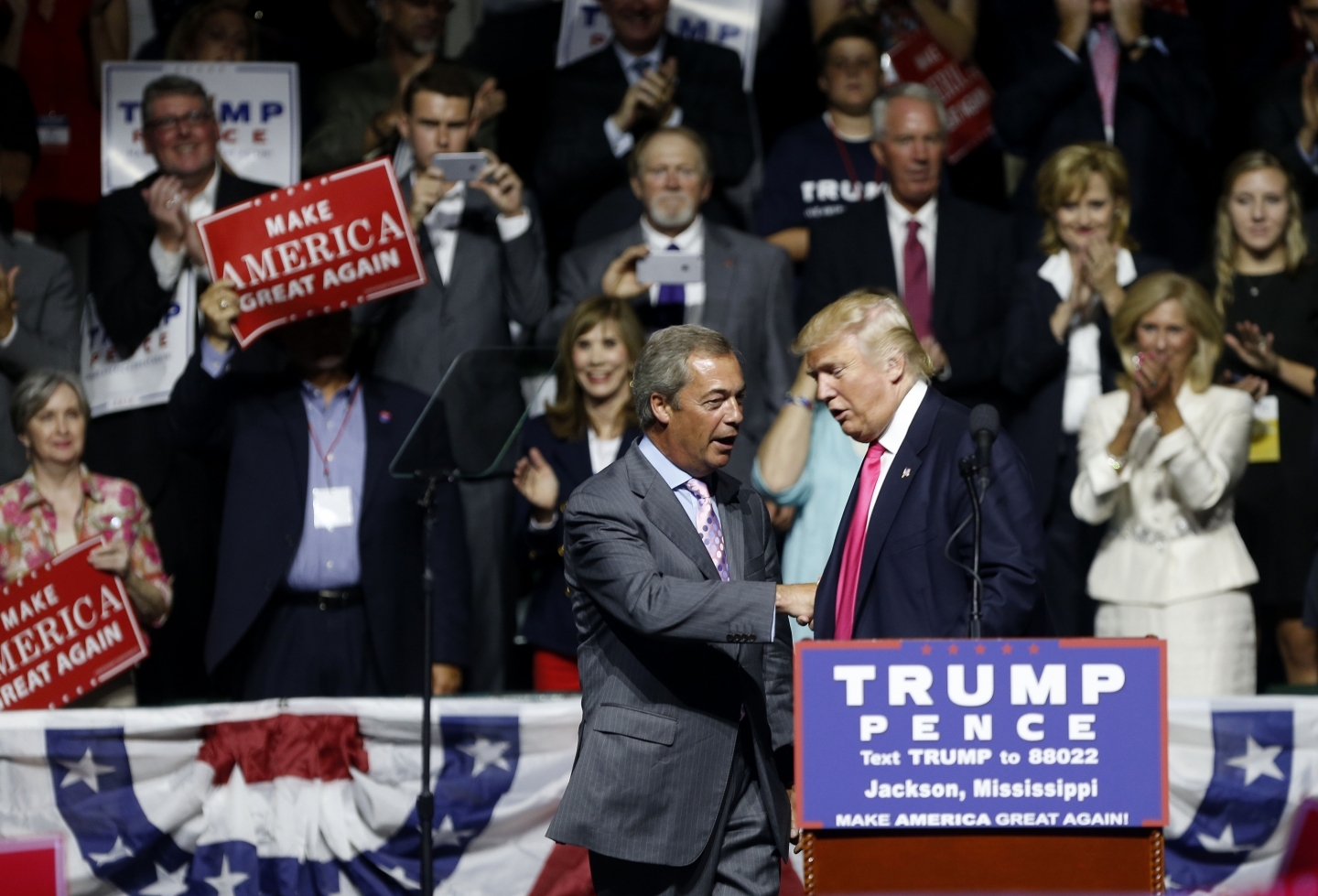 Politically, the election of Donald Trump as US president belongs in the same category as June’s UK vote to leave the European Union. They were both narrow victories of the alienated over the establishment. The similarity explains the mutual affection of Trump and the UK’s pro-Brexit leaders. Economically, though, Trump and Brexit point in opposite directions.

British Prime Minister Theresa May has expressed her interpretation of the economic meaning of Brexit in the phrase, “Brexit means Brexit.” The slogan is no mere verbal tautology; it expresses a clear policy agenda. The first Brexit in the phrase represents the Leave win in the June referendum. The second one is May’s interpretation of what that majority means. The people, she decided, want Britain to return to what she thinks were its pre-EU ways of open trade. The British will throw off decades of subjugation to the rules, regulations and politics of the unelected and largely foreign bureaucrats in Brussels.

This Hard Brexit approach makes political sense. Like Trump’s supporters, most Leave voters probably did want to reject something fundamental about their societies. They will be furious if nothing substantial changes. Looking a little further into the future, though, the approach is storing up trouble.

No amount of distance from the EU is likely to address Leave voters’ principal complaints. Most notably, limits on future migration from Europe will not calm the widespread discomfort with past migration from the developing world. Nor can freedom from EU rules create many new jobs, increase prosperity or improve the UK’s global economic position. Quite the reverse.

The problem is not simply that the UK is too small to thrive on its own, although a nation of 64 million people is at a disadvantage when dealing with substantially larger nations and trading blocks. The main problem is the way the British economy has become so thoroughly entwined with the EU.

If the UK mainly relied on Europe as a market for completed products, it is perhaps possible that substitute outlets could be found relatively easily. In fact, though, a substantial portion of the most advanced British factories, service businesses, distribution centres, laboratories, universities and creative organisations are closely integrated into complex European networks. The creation of British economic value relies on components, people and ideas that cross national borders freely and frequently. Non-membership would introduce barriers and uncertainty, inevitably damaging this rich economic tapestry.

May is starting to recognise the problem. She gave carmaker Nissan assurances that a British departure would not put the carmaker’s UK operations at a competitive disadvantage with comparable operations inside the EU. The terms of the arrangement have not been disclosed, but the implication is clear – for this crucial industry, Brexit will not mean Brexit.

The even more crucial financial sector is likely to be next. May’s powers are limited, but the whispers in the City are that she will commit to keeping as much access to EU markets as possible. She would be economically insane not to. British finance and the ancillary services are big exporters and tremendously cosmopolitan. Even mild restrictions could lead to a significant loss of business.

Also, the financial sector helps gather in foreign exchange needed to finance the UK’s large current account deficit. If Brexit really means Brexit for the financial sector, those funds could become scarce or expensive, leading to a currency crisis. So, for finance Brexit is likely to mean something much less frightening.

Other industries are likely to ask, and get, the same sort of deals. The economic logic is too strong. UK prosperity depends too much on intimate ties to the EU for any sensible politician to trash significant parts of that relationship in a hurry.

Before the Trump victory, it might just have been plausible to suggest a gradual British disentanglement from Europe, in the hope that what was lost there could gradually be replaced by more open trade with other countries around the world. Brexit enthusiasts have long made the case, with the United States as both an example and high on the list of friendly partners.

The argument was never really persuasive. As May discovered in her recent trip to India, it is not just in the EU that today’s governments link trade with other ties. The authorities in New Delhi told the British prime minister that freer trade would only come with a less restrictive approach to visas for Indian students. And almost every country has its own political-economic agenda.

Trump’s America will not be an exception. While the president-elect has been keen on Brexit as a political revolution, his economics, insofar as he has any clear and consistent ideas, are strictly nationalist. Whatever actually happens to past and pending trade agreements, the largest economy in the world has elected a leader who believes that more open trade is usually opposed to the national interest and that the national interest takes clear precedence over global considerations.

Trump’s attitude is likely to be an inspiration for many leaders around the world. As they look to create jobs and boost domestic GDP growth, they will still want to support exports, but they will be less open to imports and less keen on the global supply chains and shared regulatory standards that support modern trade – and are the foundation of the British economic success.

The European Union as a whole is not badly placed for this more constrained new world. Like the United States (with the help of Canada and Mexico), it produces enough globally superior goods to pay for necessary imports, while its increasingly unified internal market could become more self-sufficient without too much difficulty. But the UK by itself will be in a much more difficult position, despite May’s promises to be “nimble” practitioners of free trade. It increasingly looks like the Brexit vote gives the UK’s leader a hard choice – either less Brexit or more economic decline.

Edward Hadas was a columnist and economics editor at Thomson Reuters, where he continues to contribute to Reuters Breakingviews. He also did a stint with the Financial Times’ influential Lex column, following 25 years as a financial analyst with firms like Morgan Stanley and Putnam Investments. Edward has degrees in philosophy, classics and mathematics from Oxford University and Columbia University and an MBA from SUNY Binghamton.