With Trump in Office, Can the G20 Summit Be More than a Sideshow? 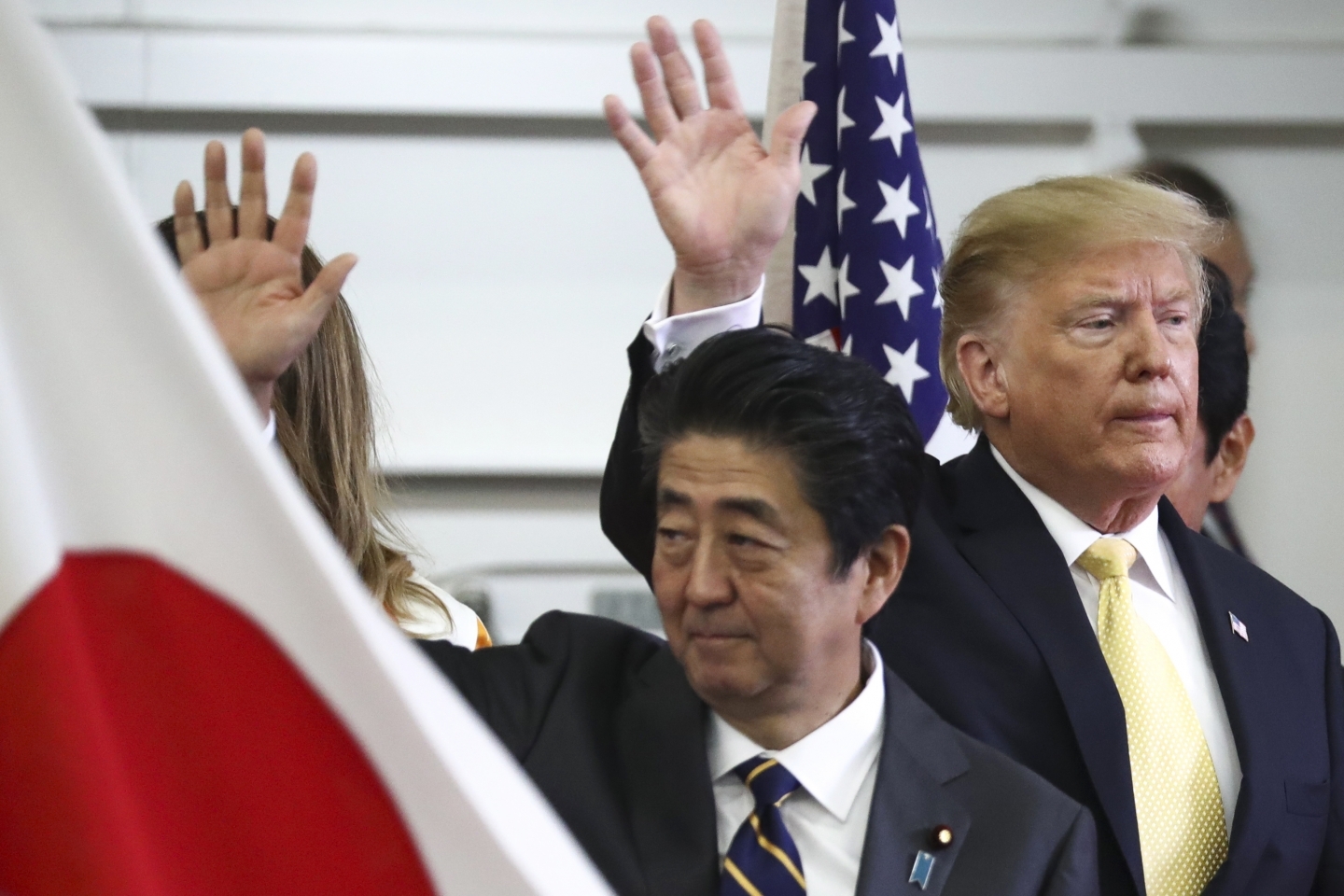 US President Donald Trump and Japan's Prime Minister Shinzo Abe wave after delivering a speech to Japanese and US troops on May 28, 2019. (Athit Perawongmetha/Pool Photo vi AP)

As Canadian Prime Minister Justin Trudeau and his Group of Twenty (G20) colleagues gather in Japan for the group’s latest summit, they must confront the melancholy reality that the meeting in Osaka is largely a sideshow and they merely props. This depressing scene does not mean there aren’t important, relevant issues  or risks to the global economic outlook to discuss, or even reflect an eclipse by the much anticipated meeting between Chinese President Xi Jinping and US President Donald Trump, which is clearly the “main event.” Rather, Trudeau and other G20 leaders must accept the premise that the United States under the Trump administration simply cannot be trusted. The corollary is that whatever value G20 meetings once had is now greatly — perhaps irrevocably — diminished.

This is the key takeaway from Trump’s aborted plan to impose tariffs on Mexico for its failure to stem the flow of migrants seeking refuge in the United States. Yes, Mexico received an eleventh-hour reprieve. Yes, the entire episode has been revealed as a blustering pantomime, getting Mexico to agree to what it has already agreed, orchestrated to satisfy the president’s supersized ego and intended to placate his “base.” And, yes, his threat to impose tariffs was probably not credible. Corporate America simply had too much to lose from the disruption to corporate value chains. It was, after all, the one issue that Congressional Republicans were prepared to block.

Republicans — who have demonstrated supine acceptance of Trump’s repeated violations of political and legal norms and the moral codes by which previous presidents were judged — likely balked at the prospect of losing campaign contributions. If this is true, the message seems to be that the president may ride roughshod over democratic principles but must never imperil campaign financing. 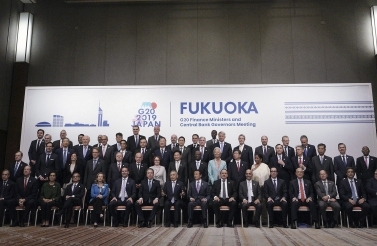 All that aside, the important point the episode reveals is that the months of painstaking negotiations between the United States, Mexico and Canada leading to a revised North American free trade agreement could be endangered by an impetuous president and his coterie of nationalist advisers. Agreements between nations evidently mean little to Trump, who regards them as he does his own business agreements — meant to bind others, but not himself.

In other words, the United States under his administration cannot be trusted to adhere to its commitments. And without a trustworthy partner in the United States, the foundations of international cooperation are likely to crack. Global affairs could devolve from a chaotic order — as international meetings can sometimes be described — to ordered chaos, in which the powerful occupy a higher position in the pecking order and exercise that power to advance their interests at the expense of the weak. Over time, the rule of law will be replaced with the law of the jungle.

This admittedly bleak assessment reflects institutional entropy, which if left unchecked will weaken cooperation and undermine the international rules of the game. This effect reflects the fact that sustaining the international order requires trust.

To understand why trust is so important, consider the fact that international agreements — whether codified in international law or in efforts, say, to strengthen international bank regulation — are essentially self-enforcing. Governments agree to abide by them and choose to cooperate because they facilitate a better outcome than would be the case if each country pursued its own self-interest. This outcome reflects a key folk theorem of game theory; namely, that cooperative solutions dominate non-cooperative ones (if they did not, players would voluntarily choose not to cooperate). The ubiquitous “prisoners’ dilemma” is the canonical illustration of this effect.

The problem is that cooperative equilibria are difficult to sustain because individual players have an incentive to defect from the cooperative outcome to increase their interests at the expense of others. Of course, once one player reneges on its obligations and responsibilities, the incentive of others to persevere is weakened. As more players defect, the more tenuous the cooperative outcome becomes; eventually, the solution that benefits all is lost. This is the institutional entropic effect. 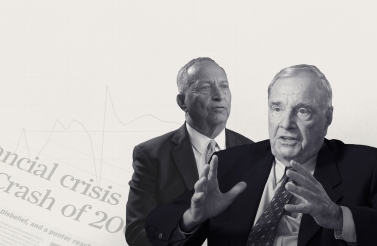 To avoid this problem, cooperative equilibria must be monitored and enforced. The International Monetary Fund, which celebrates its seventy-fifth anniversary in July, was created to support a cooperative agreement on the international rules of the game governing exchange rates and global adjustment. Many more cooperative agreements are supported by reputation. A country party to an international agreement is more likely to adhere to its terms if it believes that the agreement’s other members — in particular, the largest members — will likewise honour its terms. International bank regulations developed under the aegis of the Basel Committee on Bank Supervision are an example.

So, trust and reputations are critical to preserving the international rules of the game developed over the past 75 years. However, Trump has apparently conducted his business life in the belief that reputations are unimportant. On a personal level, that behaviour accounts for his serial bankruptcies. He is now mobilizing that modus operandi in a much larger game. The stakes too are much larger, with possibly grievous consequences for the United States and the global community.

Unfortunately, diagnosing the effects of institutional entropy is the easy part. Identifying what the Canadian prime minister should do to protect the rules-based order in the face of growing populism and nativism is far more difficult. Trudeau’s challenge is magnified by the political weakness of like-minded leaders with whom he could forge a coalition: the United Kingdom’s Theresa May and Germany’s Angela Merkel are proverbial “lame ducks,” and France’s Emmanuel Macron remains embattled by the Yellow Vest protestors. Meanwhile, Japanese Prime Minister Shinzo Abe is preoccupied with the challenge of managing relations with neighbouring China, on the one hand, and an increasingly unreliable US partner, on the other. In the circumstances, the G20 meeting is likely to be sidelined by the Xi-Trump summit. Perhaps the most useful service Trudeau can perform is to be a voice of reasoned calm in support of a rules-based order that has served Canada and the rest of the globe so well. While he alone may not be able to prevent institutional entropy, Canada could offer a necessary, balanced approach amid the chaos. 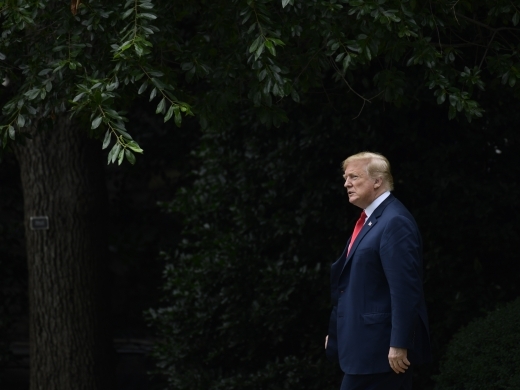