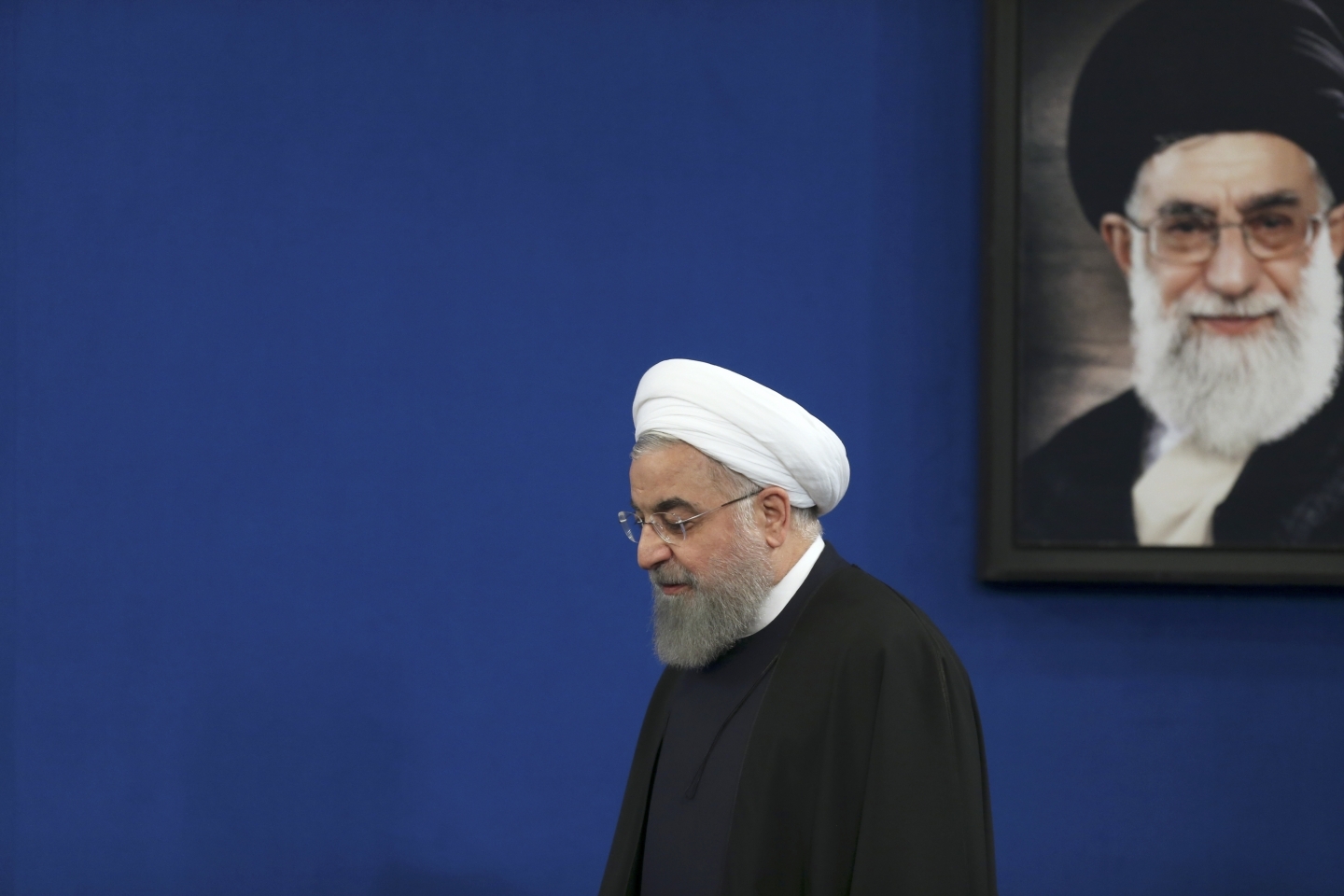 As Europeans meet Iran’s foreign minister in Brussels on Tuesday to discuss their strategy after US President Donald Trump pulled out of the international accord limiting Iranian nuclear technology known as the Joint Comprehensive Plan of Action, or JCPOA, Europeans will likely double down and support continued engagement with Iran. Not just because of the economic benefits that will accrue, but because they rightly contend that the Trump administration does not want to fix the JCPOA. Rather, the Trump administration’s Plan B is Iranian regime change.

French President Emmanuel Macron had brought an addendum with him to Washington that would have addressed US concerns. Hence, Europeans do not buy Trump’s self-embellishing line that he will, and only he can, negotiate a new and better deal. Those who have Trump’s ear are whispering Iranian regime change, and they believe this Mideast theocracy is about to crumble from within and Trump’s move last week is a checkmate that will hasten its collapse.

Senior people surrounding Trump, such as National Security Adviser John Bolton, newly installed Secretary of State Mike Pompeo and even attorney Rudy Giuliani have worked with or been hosted by a fringe Iranian opposition movement called the Mujahideen-e-Khalq (MEK). Once listed as a terrorist organization by US authorities, most Iranians regard the MEK as traitors aided by Iraq’s Saddam Hussein in the Iraq-Iran war or, at best, a sadistic cult. The MEK have convinced many of Trump’s inner circle that the time is ripe for Iranian regime change and repeal of the JCPOA will speed the demise of the Iranian despots by suffocating it of funds.

Indeed, there are fissures in the Iranian system. The value of Iran’s currency has been in rapid decline, prompted in part by months of uncertainty on the JCPOA status and thanks to the regime’s own mismanagement. Corruption runs rampant in its banking system where loose regulations for crony-owned banks have caused average Iranians to lose their savings. There are risks of bank runs as liquidity diminishes, particularly hard currency which is in ever-shorter supply. All these woes are putting pressure on the Rouhani government that promised the JCPOA would deliver economic results.

Protests since last December have continued throughout Iran, criticizing the government for not doing enough about unemployment, corruption, rising food prices and misallocation of funds to both its religious institutions and its regional military misadventures. For months, Iranian women have been protesting the forced hijab, too, with brave Wednesday protests. While many of these protests are organic and leaderless, the MEK and Washington neoconservatives have convinced Trump that these protests show Iran is near a tipping point of regime collapse.

Neoconservatives in the Washington, DC beltway argue Iran is like the Soviet Union, circa the late 1980s. But the protests are small in scale and remain limited. They do not compare to the scale of the 2009 Green Revolution that gripped Iran’s major cities. Iran’s middle class and residents of Tehran have generally stayed away from recent protests. While they are undoubtedly frustrated with their despotic and corrupt regime, they may be more fearful of the consequences of top-down regime change or the regime repression that could ensue.

While many Iranians may indeed want to see the end of the republic after all, the almost 40-year-old regime continues to promote a theocratic ideology that is alien to most cosmopolitan and secular-leaning Iranians. That said, American-led regime change in neighbouring Iraq is not a distant memory and and the state repression that comes with quashing revolutions are still playing out in countries such as Syria, Bahrain and Egypt.

Those whispering in Trump’s ear do not dare suggest that a full onslaught of US military force would be needed to execute regime change. This is a president that is still uninterested in committing troops and treasure to another Mideast arena. Moreover, Secretary of Defense James Mattis is certainly of the view that the JCPOA had worked to contain Iran and is known to be unmoved by regime-change proponents. But will Mattis outlast both Trump’s constant changing of the guard in his administration and the Bolton-Pompeo hawkish alliance?

One should not discount the actions of Israeli Prime Minister Benjamin Netanyahu, backed by his ally, the Saudi Crown Prince, who has been personally gunning for regime change in Iran. This is where the Israeli PM, to the cautioning of his own military and intelligence services, may be inclined to instigate a war he knows Israel cannot finish, but which will force the US’s hand to intervene on its side. The tit for tat between Israel and Iran in Syria must now be watched ever-more closely.

So, as American and Mideast hawkish elements push for Iranian regime change, the European countries’ preservation of the JCPOA may be a means of preventing a redux of Iraq in 2003. 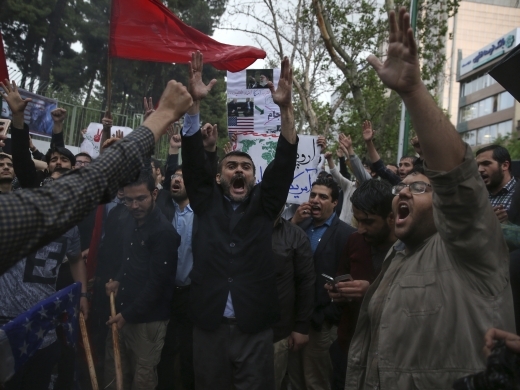 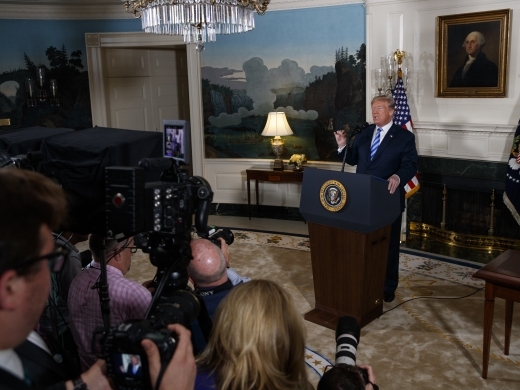