US Has Much to Gain in Embracing Freeland’s Approach 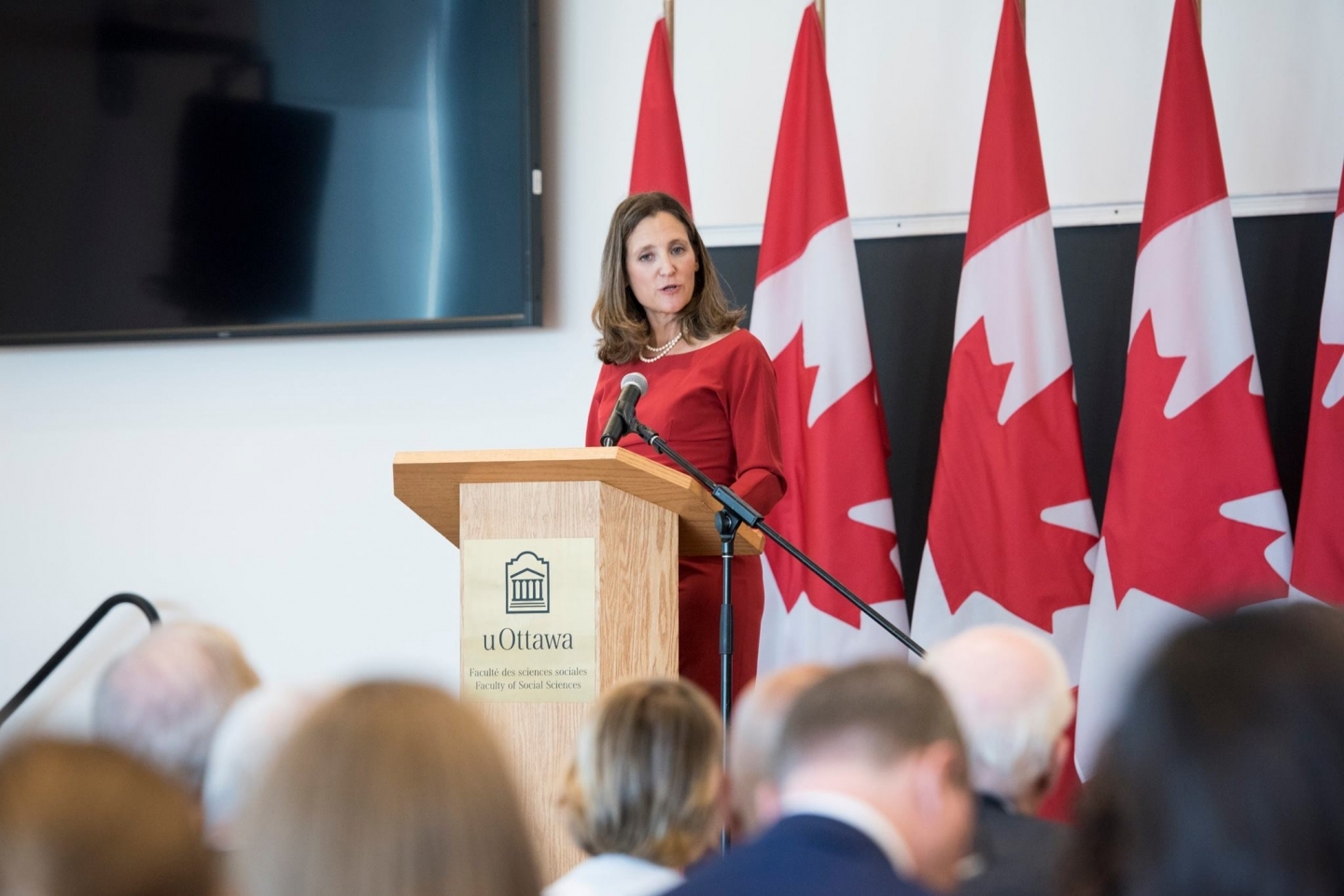 On Monday, Foreign Affairs Minister Chrystia Freeland outlined Canada’s objectives for renegotiating the North American free-trade agreement in view of the negotiations that will begin on Wednesday.

Ms. Freeland was optimistic about the real possibility of modernizing NAFTA in a way that would not only improve trade and investment flows across the North American continent but also make sure the ensuing wealth that a NAFTA 2.0 would create will be more widely shared across the economy and society.

She compared NAFTA to a house that needs to be renovated, remodelled and even expanded, which is why she expected the negotiations to sometimes be messy and difficult. But ultimately, she was confident that a significant improvement can be achieved. But can it?

In her speech, Ms. Freeland mentioned six objectives that Canada will be pursuing at the NAFTA negotiating table. First, NAFTA needs to be adapted to the economic realities of the 21st century, where services and digital trade are growing much faster than trade in goods. For instance, this would mean adding an electronic commerce chapter to NAFTA.

Second, NAFTA should be more progressive, pointing to the Canada-European Union Comprehensive Economic and Trade Agreement (CETA) for inspiration. Specifically, Ms. Freeland talked about enhanced protection for labour and the environment. She also said NAFTA should include chapters on gender and Indigenous rights, pointing to the recently renegotiated free-trade agreement Canada signed with Chile as an example (it is the first such agreement to contain a chapter on gender). Finally, the minister indicated Canada was looking to reform NAFTA’s investor-state dispute settlement (ISDS) mechanism, probably along what it agreed to with the Europeans in CETA.

Third, NAFTA needs to make it easier for North American companies to do business across the borders, by cutting red tape and harmonizing regulations.

Fourth, Canada is looking at freeing the North American market for government procurement, which means the United States could not use “Buy America” rules to prevent Canadian and Mexican companies from bidding on and winning federal, state-level and municipal public contracts. Again, we can presume that CETA would be Canada’s benchmark.

Fifth, Ms. Freeland indicated NAFTA should make it easier for business people, professionals and technicians to cross the North American borders and conduct their affairs. This would require, for instance, the reciprocal recognition of professional and technical qualifications, much as in CETA.

Sixth and finally, the federal government is going into NAFTA negotiations with the objective to protect Canada’s cultural exception as well as supply management in industries such as dairy and poultry.

These objectives represent a very ambitious negotiating agenda for Canada. But this is how it should be. There is no point renegotiating NAFTA if we are not going to improve it; otherwise, might as well keep it as it is. After all, the NAFTA house still works well for Canada.

When it was negotiated, NAFTA was a model for other trade agreements for many years after. Many of NAFTA’s features became the backbone of today’s world trade regime. With CETA, Canada has once again negotiated a leading trade and investment agreement. It should do the same with NAFTA. By setting the benchmark for everyone else to copy, we are setting the rules that will govern the global economy for decades to come.

Can we convince our American and Mexican partners to go along? Ms. Freeland seems to think so. She says that in the end, our shared political and economic interests will prevail.

If the Trump administration wants to show a renegotiated NAFTA that works for those who feel left behind by globalization, then an agreement that achieves the objectives outlined by Ms. Freeland this morning is the one he and his negotiating team should pursue. A regressive and protectionist NAFTA will hurt everyone in North America, most especially those who Donald Trump says he wants to defend.