What Is Driving Global Debt? 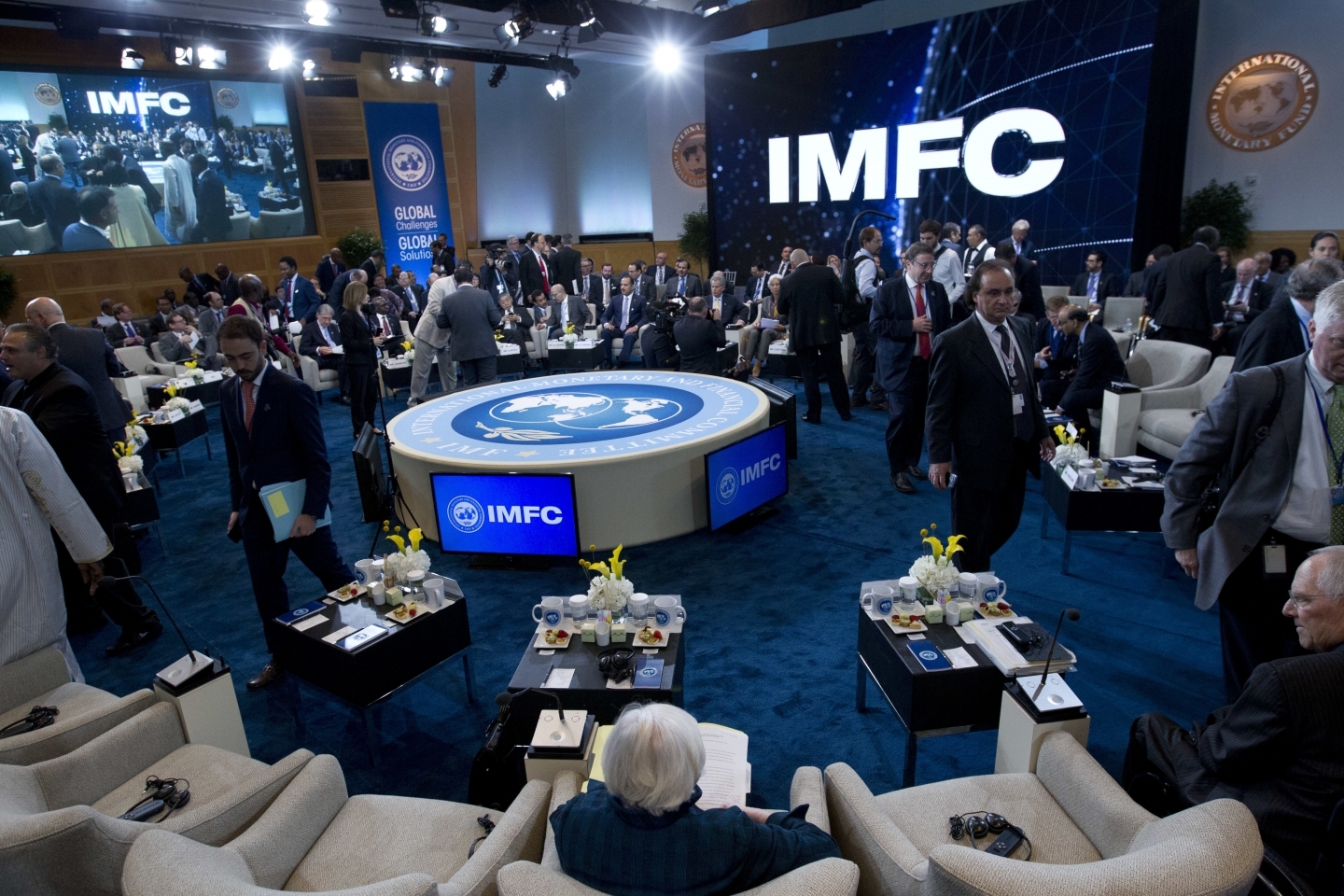 In 2009, Carmen Reinhart and Kenneth Rogoff published This Time Is Different: Eight Centuries of Financial Folly. It was an instant classic, if only because the authors had based their analysis of government’s fraught relationship with debt on a database that took years to assemble.

For whatever reason, no one before this had ever bothered to make the effort. “You could not find debt data a decade ago,” Rogoff, an economics professor at Harvard University, said at an event hosted by the Institute of International Finance (IIF) in Washington, DC, on May 14.

That’s no longer a problem. Reinhart and Rogoff, whose names became synonymous with the dangers of profligacy, now have company on the watchtower. For a few years now, the IIF has been taking quarterly snapshots of debt dynamics in 49 countries, observing most recently that companies, governments and households took out loans worth US$21 trillion in 2017, pushing total debt to a record US$237 trillion. The newest sentry is the International Monetary Fund (IMF), which recently unveiled the Global Debt Database, which compiles private and public debt figures going back to 1950 for 190 countries.

Unlike in the years before the 2008 financial crisis, it’s easy now to document that the world is borrowing like never before. The IMF’s new database is available to anyone with a computer and an internet connection. There are gaps, most importantly around China. But, in about five minutes, you can build a chart that shows, for example, that Canadian households could have a debt problem. Or, one that demonstrates why the IMF thinks Germany could spend a little more — and why it wishes the rest of the world’s biggest economies would spend less. 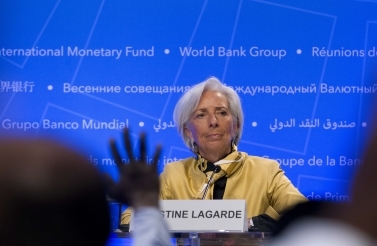 Recommended
Central Banks Won't Be Rushed by an Optimistic Outlook

What now? One hopes that information will compel policy makers and investors to proceed intelligently. But debt is a nuanced subject, and individuals often draw the wrong lessons from previous mistakes, if they draw any at all.

Reinhart and Rogoff showed that large increases in public debt tended to precede bad things happening in the economy. They said that a debt-to-GDP ratio of 90 percent or higher brought a period of weaker economic growth. The sturdiness of that particular conclusion was disputed after a few economists from the University of Massachusetts, Amherst, discovered flaws with the data. But few took issue with the gist of their story. Historically, extreme levels of debt have been followed by slower economic growth and, occasionally, recessions. There is a debate to be had about whether debt is the cause or an effect, but the correlation is strong.

This Time Is Different benefited from good timing. The book was an unlikely hit because it was released just after most of the world’s biggest economies had run up massive budget deficits fighting the Great Recession. Countries such as Canada, Germany, the United Kingdom and the United States quickly reduced their post-crisis spending, even though the global economy remained fragile; Reinhart and Rogoff’s arguments were often cited to justify premature austerity programs. As a result, the recovery from the Great Recession was longer than it needed to have been.

The global economy is finally fit; now is a good time for debt reduction. Yet, few are talking about Reinhart and Rogoff today. The Republican lawmakers in Washington — the ones who insisted on spending cuts when Barack Obama was president — have a new agenda. They approved massive tax cuts and hundreds of millions of dollars in new spending that will expand the budget deficit to about 5.0 percent of GDP next year from 3.5 percent of GDP in 2017, according to the Congressional Budget Office.

Unlike in the post-crisis years, the US economy doesn’t need any help right now. The unemployment rate is at levels associated with full employment, meaning the positive fiscal shock likely will put upward pressure on inflation and force the Federal Reserve to raise interest rates. Economists call this “pro-cyclical” policy and it will probably lead to the United States being constrained the next time it has to fight a recession: its debt load will be heavier, reducing its ability to run deficits.

“Procyclical policies in good times is not good policy,” Vitor Gaspar, the head of the IMF’s fiscal affairs department, said at the IIF event. “It’s important to bring down debt in good times.” 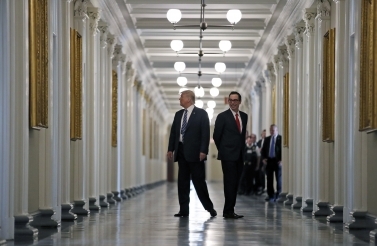 Recommended
The Trump Administration Is Stoking the Financial Crisis Fire

The main driver of the post-crisis debt binge is low interest rates, which was part of the plan. Central banks knew that by making money cheap they would stimulate demand for mortgages and other loans, which would stoke investment and create jobs. To the surprise of many, inflation stayed dormant, making central bankers comfortable that they could leave borrowing costs low without risking the health of their economies.

If the surge in debt in recent years eventually causes an economic crisis, central banks will get most of the blame. That would not be entirely fair.

For most central banks, financial stability is a secondary concern, since most are guided by inflation targets. The job of implementing measures to contain debt and deflate asset-price bubbles, often referred to as “macroprudential policy,” tends to rest with others. In Canada, for example, Finance Minister Bill Morneau said explicitly that he would be responsible for keeping Canadian households from borrowing too much.

As a result, Canada’s central bank will only concern itself with debt when borrowing has become so extreme that it risks destabilizing the broader economy. Bank of Canada Governor Stephen Poloz told a small group of journalists in Washington last month that he would only “lean” against debt if he was confident that higher interest rates wouldn’t cause him to miss his inflation target. The lesson of the financial crisis, he said, was not “underperforming your inflation goals,” but to “clean right away” when something bad happens.

“If there is anything I can do to make [financial stability risks] a bit better within my inflation goal, then it’s worth doing,” Poloz said. “That’s very modest room to manoeuvre. When you have macroprudential on the table, that [changes] the whole trade-off and that’s very positive.”

Recent measures in Canada appear to have slowed the growth of household credit, but the surge in borrowing over the past decade raises questions about whether the slowdown is too late. Even if Canada avoids a financial crisis, all that debt must be repaid, suggesting weaker consumer demand in the years ahead. Hung Tran, the IIF’s executive managing director, noted that a “disconnect” exists between central banks’ traditional mandate to control inflation and the newer realization that financial stability also matters.

Rogoff noted another potential disconnect. In the past, countries often reduced their debt costs by allowing inflation to dilute the value of their bonds. But now, most central banks are obligated to keep a lid on price increases, a job they take seriously. That means no tricks this time; debtors will have to either pay their creditors or default.

“If inflating away the debt is part of the plan, no one has told the central banks,” Rogoff said. 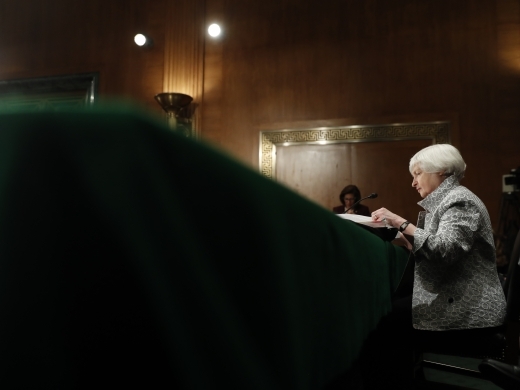