What to Expect from Canada's Central Bank

Having come of age when inflation was the demon to tame, central bankers are rethinking how fast economies can grow 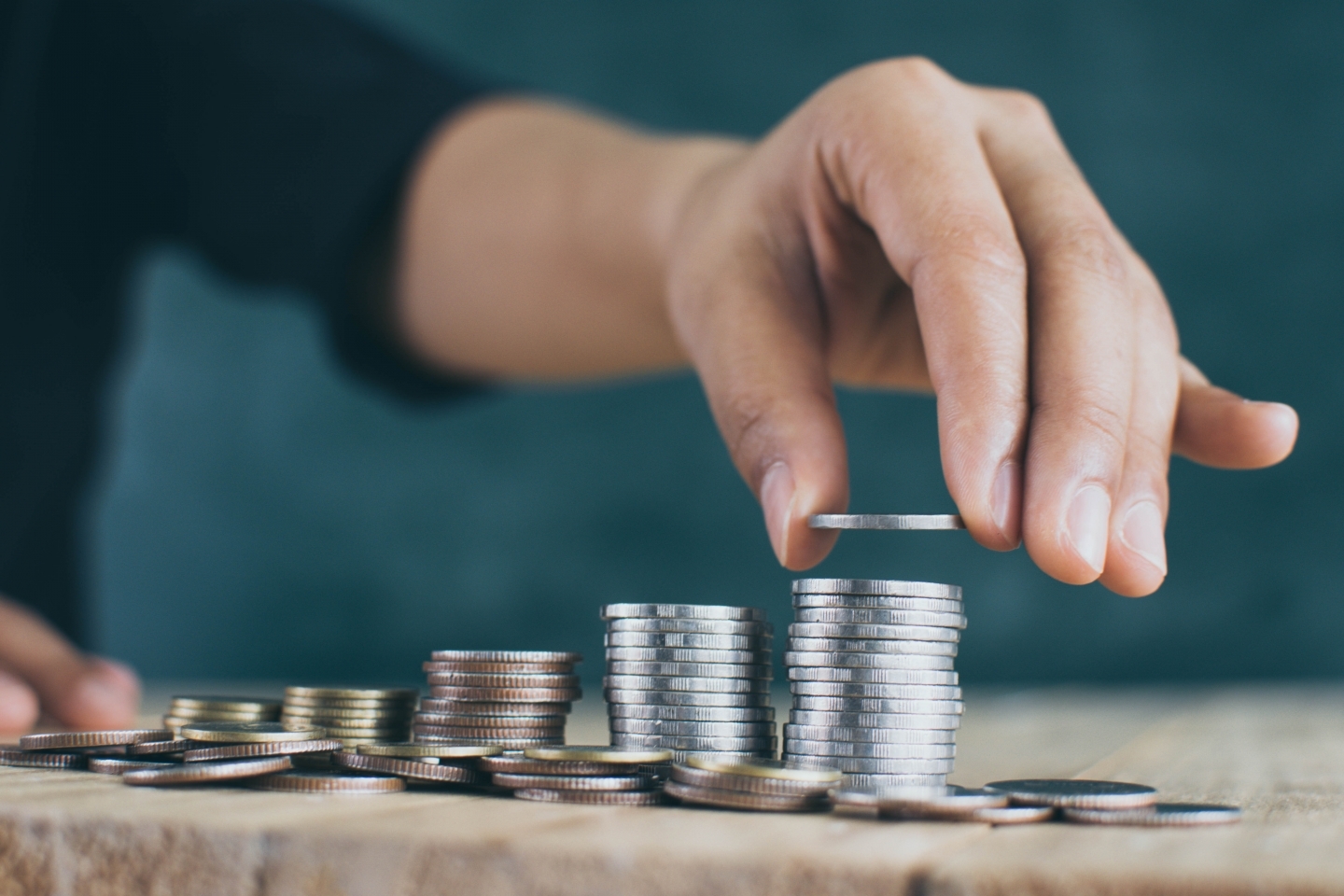 The emergency is over. Three consecutive quarters of outsized economic growth convinced the Bank of Canada that it could join the US Federal Reserve on the path back to normal.

Now: how long will it take to get there?

A quick review. In January 2015, Canada’s central bank shocked financial markets, dropping its benchmark interest rate a quarter point to 0.75 percent. Its models had predicted that the collapse of oil prices in 2014 would lead to an economic disaster. That wasn’t clear at the time.

The bank’s governor, Stephen Poloz, took heat for doing too little to ready the public for the policy shift. A month earlier, he had said he thought Europe’s political-and-debt crisis was his biggest worry going into the new year. Poloz answered his critics with a second quarter-point cut in July, resetting the overnight target to a near-record low.

Market participants still grumble about Poloz’s communications style, but most now admit that he was right in 2015. The Bank of Canada’s models were correct: GDP contracted in the first half of the year, and the economy struggled to regain traction, even with monetary stimulus reminiscent of the Great Recession.

All the uncertainty around Brexit and the rise of Donald Trump created unexpected headwinds.

When the Fed resumed raising interest rates in December 2015, the Bank of Canada went out of its way to make sure traders understood that it wouldn’t be joining. But 18 months later, Canada’s entrepreneurs appear to have made it over that wall of worry. The economy is on one of its best runs in years, with GDP growing at an average annual rate of 3.5 percent since the second half of 2016 — twice as fast as the rate at which the central bank thinks the economy can grow without putting upward pressure on inflation.

So, on July 12, the Bank of Canada raised interest rates for the first time since 2010. Policy makers said the quarter-point increase was justified because the economy had adjusted to lower oil prices and because highly indebted households finally were getting help from other economic engines. The central bank raised its growth outlook for 2017 to 2.7 percent from 2.5 percent, which would be the fastest growth since the commodity boom supercharged Canada’s recovery from the financial crisis in 2010. Importantly, it also said the output gap — the difference between the current level of production and the estimate of what the economy can produce without causing inflation — will close around the end of the year, several months earlier than previously expected.

The Bank of Canada is guided by inflation, and core inflation is closer to one percent, the low end of the Bank of Canada’s comfort zone, than it is to two percent, the working target. But Poloz indicated that he doesn’t want to find himself in a position of having to raise interest rates quickly to contain a burst in prices.

Historically, rising interest rates means price pressures are building. With household debt nearly 170 per cent of disposable income, a spike in borrowing costs would kill consumer spending, the primary driver of economic growth. By moving now, the central bank thinks it is reducing the threat of a downturn later.

“Managing this process the way we are here raises the odds of a sustained expansion, one that does not require actually stepping on the brakes,” Poloz said at a press conference.

Now, where do we go from here? Interest rates are headed higher, that’s for sure.

There is disagreement on the speed at which that will take place. Theory suggests a series of steady increases will be needed to stay ahead of inflation, yet few think Poloz is in a rush. That assessment appears to be based mostly on the weakness of inflation data and inertia; after keeping borrowing costs ultralow even as bubbles formed in the housing markets around Vancouver and Toronto, there seems to be a view that the Bank of Canada now has a bias towards lower interest rates.

Poloz said future policy will be “data dependent,” and that decisions will be made “quarter to quarter.” Obvious signs of inflation would quicken the pace of interest-rate increases. But what if those signs don’t emerge? Would the Bank of Canada be willing to willing to let the economy run hotter than it history suggests it should? There is reason to think it might.

Canada’s central bank, like the Fed, is on its way to getting its policy rate back to neutral, the setting at which borrowing costs are neither stoking nor restraining growth. Canada’s neutral rate currently is thought to be between 2.5 percent and 3.5 percent, so there is a long way to go. “If the data hold up, it’s conceivable [the Bank of Canada] could hike rates [a quarter point] every quarter through the end of next year, if not beyond,” says Benjamin Reitzes, an economist at Bank of Montreal. “That would put policy rates at 2% one year after the output gap is closed. It’s pretty hard to say that’s overly aggressive.”

That isn’t Bank of Montreal’s official prediction, however. The economists at Canada’s fourth-biggest bank see another quarter-point increase this year and two next year — one in the second quarter and one in the fourth quarter. That’s roughly the consensus view. The Canadian dollar is suddenly one of the strongest currencies on the planet, and the market for overnight index swaps suggests investors are all but certain the Bank of Canada will raise interest rates again this autumn. (The Bank of Canada’s final three fixed announcement dates of 2017 are September 6, October 25 and December 6.) Then, professional forecasters predict Poloz will take a very slow walk back to neutral. A survey of 16 analysts that Bloomberg News published on July 20 suggests the consensus view is that the Bank of Canada’s policy rate will reach 1.5 percent in 2018, and will peak at 2.5 percent at the end of 2019. That would be the longest interest cycle in more than three decades, Bloomberg said.

Poloz’s research as a younger economist at the Bank of Canada contributed to the institution’s decision to adopt an inflation target in the 1990s. As governor, he has called the two-percent target sacrosanct. But that doesn’t mean he is fixed on hitting the bull’s eye. In 2014, he told me in an interview that he was prepared to let inflation run hotter than two percent because he was troubled by a weak labour market.

“We all kind of grew up thinking inflation is the demon,” he said.

“There was always this asymmetric view of inflation, I think: It’s a slippery slope if inflation starts to creep up and all that stuff. What the experience of the last five years has taught us, ...is it really is a symmetric problem: Too much or too little have their own dangers. ...We didn’t put much weight on the underside back in the day when we were first developing” inflation targets, he said.

Poloz also steered me away from thinking about the two-percent target as a ceiling. That might be the case at the European Central Bank, which seeks inflation of two percent or a little below. The Bank of Canada’s actual mandate is to keep inflation around the midpoint of a range of one percent to three percent.

“It is a range for a reason,” Poloz said. “All the things you are asking me about, you just don’t know them. So you are taking your best judgment and aim at it, and if you are a little off either way it’s okay, as long as it’s a little. Whereas the strict interpretation of the thing as a ceiling means you’ve got to keep aiming low because there’s a chance it could go above where I’m aiming.”

So there is a tolerance for faster inflation, depending on the circumstances.

One of the reasons the Bank of Canada gave for leaving its policy rate at 0.5 percent was to prop up uncompetitive companies. “Export growth has been uneven in the face of ongoing competitiveness challenges,” policy makers said in April, when they opted to leave interest rates unchanged.

There is no mention of competitiveness in the July policy statement, but it seems unlikely that in the span of a few months, all of the central bank’s worries about Canada’s ability to compete for international market share went away. Eric Lascelles, chief economist at RBC Global Asset Management, hasn’t forgotten about them. He advised his clients against assuming that Canada could maintain its current pace of economic growth. Tariffs on softwood lumber and other exports, stricter environmental regulations, higher taxes and more expensive labour have, or could, put Canada at a disadvantage against US companies, Lascelles says.

In his opening statement at the press conference, Poloz said faster economic growth might actually delay future interest-rate increases. Here’s how: if increased business investment boosts productivity, or if companies continue to hire, or if entrepreneurs are inspired to create new companies, the economy’s potential could rise. And if that were to happen, inflation would become less of an imminent threat. Just as a long period of stagnant-to-slow growth has shrunk the economy’s potential through hysteresis, an extended period of steady growth might bring stranded workers back into the economy.

“We think there is some room to grow once the [output] gap is closed,” Poloz said.

Former Fed chairman Alan Greenspan famously tested the rules of inflation in the 1990s and sparked one of America’s strongest periods of economic growth. Greenspan sensed structural changes were putting downward pressure on prices, meaning the economy could handle extra monetary stimulus. There could be something similar happening now. In its latest quarterly report on the economy, the Bank of Canada presented a list of things that could have altered price dynamics, such as the spread of e-commerce.

Poloz said that, for now, the Governing Council has decided to stick with what it knows. That’s why the Bank of Canada raised interest rates.

But Canada’s policy makers haven’t abandoned the possibility that the structure of the economy has changed in such a way that would allow the central bank to keep interest rates relatively low for longer. They said they will be studying inflation closely, just as they will be watching for evidence that the economy is adding capacity to create non-inflationary growth.

“There’s a decent chance as we get into the hotter phase, as you would describe it, that more of that will actually happen on the supply side of the economy,” Poloz said. “But it’s not something we’re comfortable forecasting. It would be good news as it occurs.

“Arguably, that’s how you could interpret that’s how things have gone for the US over the last 18 months,” he added. “There’s been a process of very careful, graduated movements while the labour market has continued to outperform people’s expectations. I think underneath that is a story similar to this.” 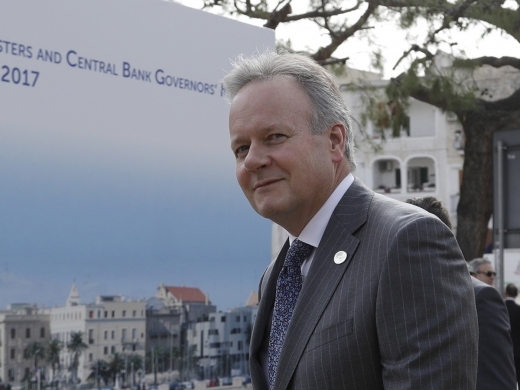 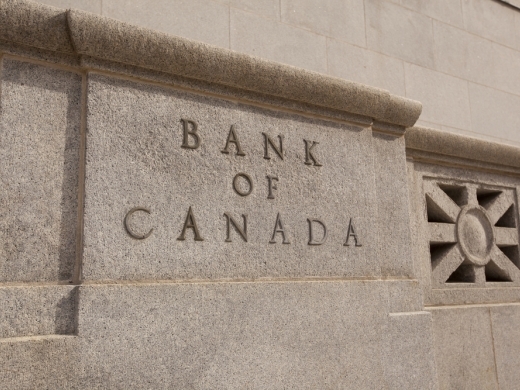 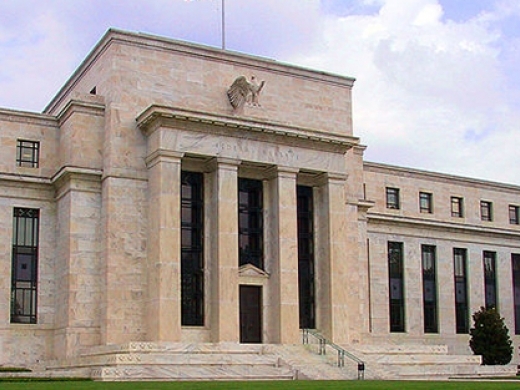 Central Banking
When Central Banks Surprise: Why It Is Important and What Policy Makers Need to Do about It 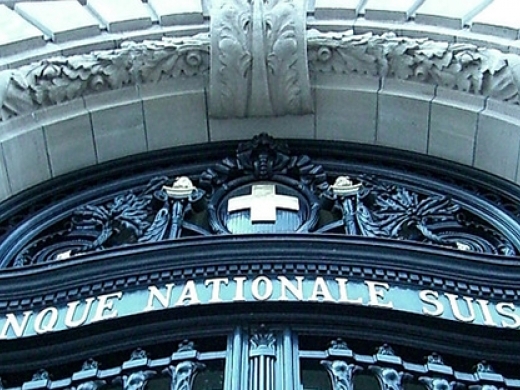 Central Bank Communication after the Crisis: Has Anything Changed? 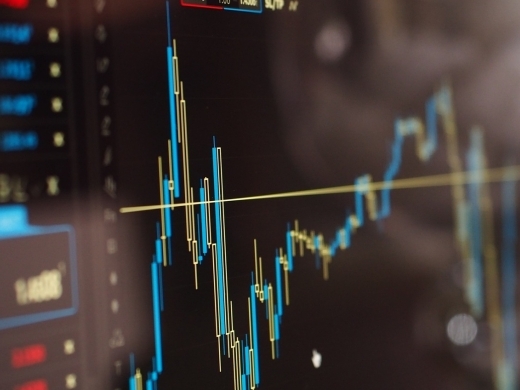