How do Canada’s federal parties plan to address the bill’s concerns in the next Parliament?

The stated purpose of the now-previous Parliament’s Bill C-10 — known in full as An Act to amend the Broadcasting Act and to make related and consequential amendments to other Acts — was to bring web giants into line with other Canadian broadcasters in their obligations toward Canadian content, both in terms of making it discoverable, and in providing for the ecosystem that creates it. But that discussion quickly became polarized, with accusations of censorship and the creation of an “Internet czar.”

The bill passed the House of Commons and had gone to the Senate but is now dead. What will be the upshot in a future Parliament?

Julie Dabrusin, MP for Toronto–Danforth, and the parliamentary secretary for the minister of Canadian Heritage, Steven Guilbeault, said in an interview shortly before the election was called that her focus has been on getting the bill through the process in the House of Commons and to the Senate. But in the event it died on the Order Paper, she said, “the commitment would be to continue with the same format and content.”

Officials speaking on background added that they had not been at the point of considering changes or tweaks to the bill in a future Parliament, but might take the opportunity to see if there is a better way of drafting some of its provisions, so long as it could move quickly.

The New Democratic Party members have also committed to moving a similar bill forward should they form government.

“New Democrats will do what the Liberals failed to do and modernize the Broadcasting Act fairly in order to create a level playing field between Canadian broadcasters and foreign streaming services,” said Charlotte MacLeod, press secretary for the NDP caucus in an emailed response.

The Bloc Québécois supported Bill C-10 throughout the process in the House of Commons, and voted with the Liberal government to impose time allocation on C-10 to get it past the committee stage and third-reading debate.

Neither the Conservatives nor the Greens responded to repeated inquiries about how they would approach these measures in a future Parliament. In their platform document, the Conservatives have pledge to require large digital streaming services to reinvest a “significant portion” of their Canadian gross revenue into producing original Canadian programming, of which a mandated portion must be in French. Where they differ from C-10 is pledging to exempt content on social media sites including YouTube from regulation “in order to protect free speech.”

“I think the government did a terrible job of introducing these ideas, and we haven’t seen the level of consultation with the public that you’ve seen in other countries like the UK or Australia,” said Blayne Haggart, a CIGI senior fellow and associate professor of political science at Brock University in St. Catharines.

“One of the reasons you saw the huge freak-out was because they announced their policy in an amendment to legislation that was already before committee,” said Haggart. “If they had actually tried to do consultations, I think that would have gone a long way to lowering the temperature on these issues.”

The genesis of Bill C-10 lies in the Yale Report, properly titled Canada’s Communications Future: Time to Act, named after the chair of the Broadcasting and Telecommunications Legislative Review Panel, Janet Yale.

Delivered to the Minister of Innovation, Science and Industry and the Minister of Canadian Heritage in January 2020, the report made 97 recommendations urging Parliament to make sweeping changes to the Broadcasting Act, the Telecommunications Act, and the Radiocommunication Act, with a view to modernizing Canada’s communications sector for the digital age.

“The first priority was to bring foreign online streaming services into the legislative framework for broadcasting in Canada, which is what Bill C-10 did,” said Yale in an interview with CIGI Online. “They took on the biggest thing that we said needed to happen.”

“They’re [streaming services] reaping tremendous value from the Canadian economy, which is great for consumers,” she said, “but they’ve got to give back, and given the advertising and subscription revenues that they earn in Canada, some percentage of those revenues should be devoted to Canadian productions.” Yale noted that this refers to actual Canadian productions and not “service productions” that film in Canada but don’t have Canadian creative control.

Bill C-10 deals with several of the report’s recommendations around the Broadcasting Act, but not all. Some recommendations, particularly those around revising the mandate of CBC/Radio-Canada, were left out of this legislation, given that they are currently undergoing a licensing renewal by the Canadian Radio-television and Telecommunications Commission (CRTC).

A frequent criticism of Bill C-10 was that that the Broadcasting Act wasn’t the appropriate legislative vehicle for these changes, as its point was to regulate the limited bandwidth available for television and radio, which does not apply to the internet. That is a notion Yale rejects.

“That has been perpetuated by those who argue that you can’t regulate the internet,” Yale said. “We haven’t had a scarcity issue for a very long time. In our report, we recognized that the system is no longer closed, so broadcasting regulation that focused on a closed licence system can no longer operate that way. But why is the internet different from any other technological development?”

The approach to sector-specific legislation needs to be platform-agnostic and technology-neutral, Yale said.

One of Yale’s recommendations was to change the name of the Act to the Media Communications Act, which was not included in Bill C-10.

The government also argued it made more sense to have all cultural policy under one framework and regulator.

“The CRTC has been the one to deal with issues of Canadian content and discoverability, and it made sense to bring the online streamers within that same ‘house,’ as it were, but with the recognition that they’re not exactly the same, so there would be differences in how they’re treated,” said the Liberals’ Dabrusin.

One of the most contentious issues during debate over Bill C-10 was the government’s decision to remove an explicit carve-out for user-generated content within the bill, based on feedback from stakeholders who said that platforms such as YouTube needed to be included, as they are the largest music-streaming service in the world.

“When Bill C-10 was first introduced without the sharing platforms, we felt that our report made it clear that sharing platforms should be part of the legislation since so much audio and audio-visual content is made available through sharing,” says Yale. “It wasn’t the users who posted or shared the content that would be subject to regulation — it was the platforms.”

Dabrusin noted that this was what the government tried to implement in Bill C-10.

“When you look at the rules, particularly when the debate got into the social media companies, the fact is that the powers of the CRTC and the obligations for those companies were really quite limited within the Act,” Dabrusin said. “They weren’t brought in with the same system as the Canadian broadcasters; they were brought in with very limited obligations.”

Haggart said the idea of regulating social media in favour of Canadian content doesn’t rise to the level of an authoritarian attack on Canadian values or on the right of free speech.

“There is a long-standing argument that government shouldn’t regulate CanCon in those ways, and that idea is behind a lot of these attacks,” said Haggart. “It’s not an insane idea but the way it was presented…sprung on us at the last minute, it became a mess of a debate.”

Haggart said it’s important for the government to “show their homework” on this kind of platform regulation.

He added that much of the debate claiming to be about the free and open internet is really about letting monopolies run rampant.

“These are companies and activities appropriating this language to promote a certain version of a corporate internet, which is equating the well-being of Facebook or YouTube and their freedom from regulatory interference as being ‘freedom,’” said Haggart. “That’s a problem.”

Dale Smith is a freelance journalist in the Parliamentary Press Gallery, and the author of The Unbroken Machine: Canada’s Democracy in Action. 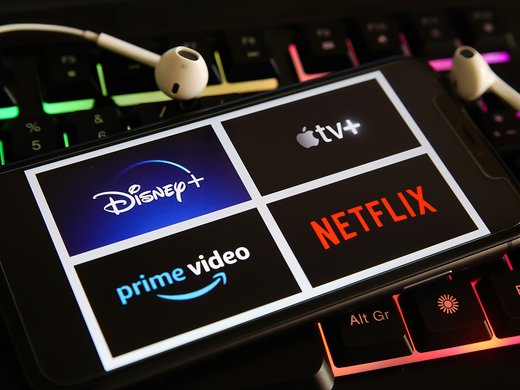 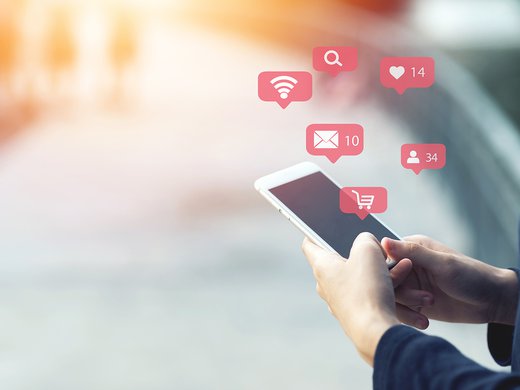