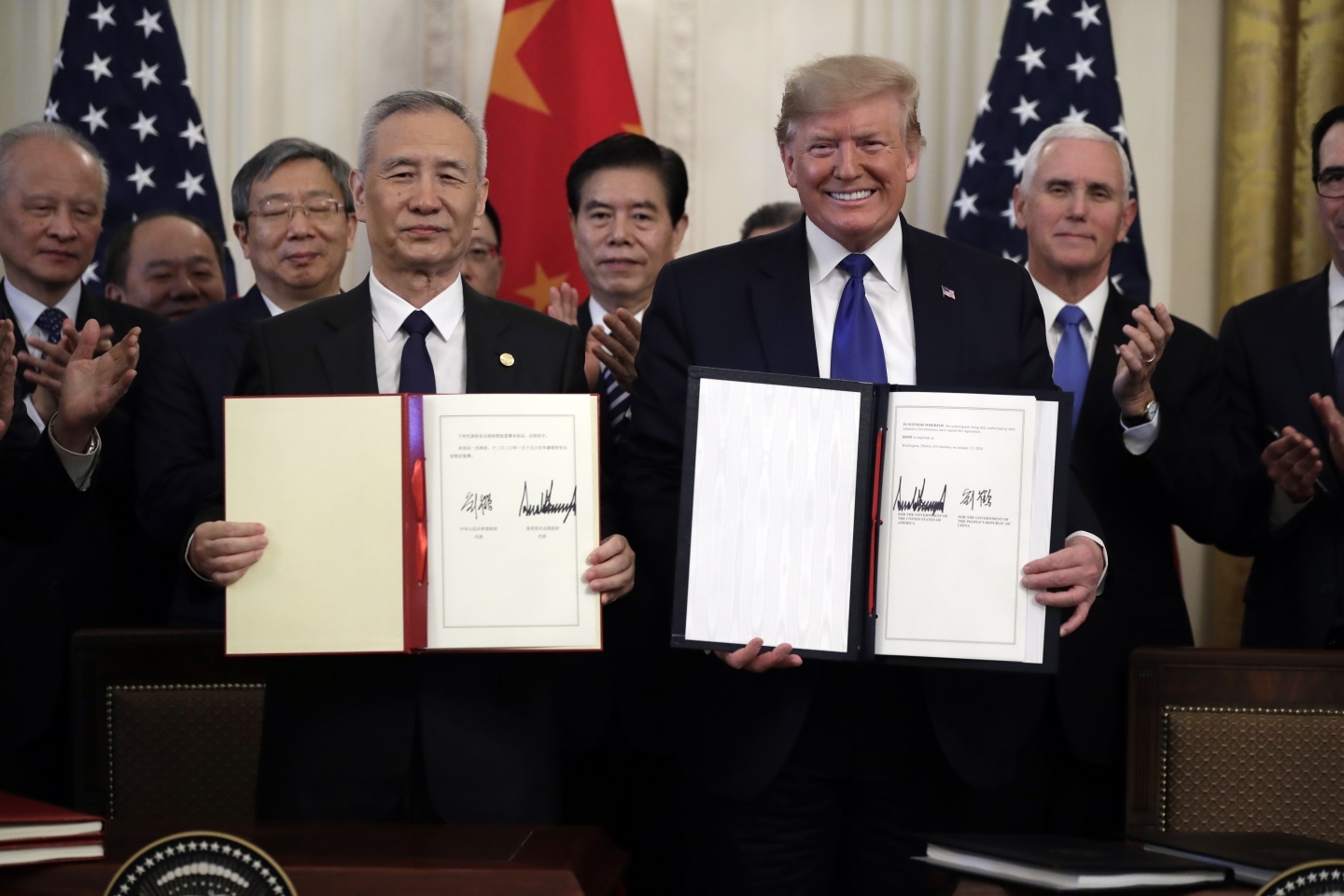 When Donald Trump backed up his America First, anti-China rhetoric during his election campaign and early part of his presidency with tariffs amounting to US$34-billion on Chinese exports to the US in July of 2018, there was no telling where the story was headed. China reacted by imposing equivalent tariffs on US imports, and then what followed was a series of tit-for-tat escalations.

Today, the United States and China met in Washington to sign Phase One of a bilateral trade deal. But what does this mean for global trade and tensions that resulted between the two superpowers and were felt around the world?

Even after the Phase One deal, two-thirds of US imports from China are covered by tariffs averaging 19 per cent, up from 3 per cent before the conflict was initiated. On China’s part, half of its imports from the US will still be subject to tariffs averaging 21 per cent, as opposed to 8 per cent previously. In short, the respite from the trade war leaves tariffs high, thus creating a new baseline for trade relations going forward.

Some companies that are part of the global supply chain did reduce their investments in China – but didn’t send them back to the US Instead, as the underlying economics would suggest, they sent those investments to other low-cost locations, mainly in Asia. No single country or even set of countries can absorb all the foreign investments in China because of capacity constraints. Still, Vietnam saw record increases in inward investment and exports to the US on account of the US-China trade conflict. This may make Vietnam great again, but it was hardly the intention of Mr. Trump.

So, what are the longer-term implications of this all? Did any good come out of it? First, there is wide consensus that China’s aggressive trade policies verged on mercantilism and had to be called out. Having urged the country to open up and join the World Trade Organization (WTO) in 2001 as a signal to the rest of the world that openness was now “locked in,” China proceeded to shock and awe its competitors.

This was done, as Paul Blustein demonstrates in his CIGI book on the subject, by a combination of astute exchange-rate management, state subsidies and other trade and industrial policy interventions that were mostly within the letter of China’s WTO obligations. It is entirely possible that a series of challenges to China, perhaps in co-ordination with other WTO members particularly from Europe, might have yielded results. Instead, the US has also chosen to weaken the WTO. We no longer have a global framework to maintain the balance between co-operation and conflict in global trade.

Second, the Phase One moniker, coupled with the US Treasury removing China from its list of currency manipulators on the eve of the deal, augurs well for a broader thawing of relations between the “G2,” which is good for the rest of the world as well.

Third, although this conflict was ignited by broader concerns about China’s rise as a global power, and not just an economic one at that, this conflict essentially litigated yesterday’s issues – trade in goods and investment, with yesterday’s tools being tariffs and rhetoric. We still do not have the full English text of the Phase One agreement as it goes through translation and a final legal scrub. Rather, the US Trade Representative’s office has published a fact sheet that is remarkably bullish on US gains vis-à-vis China.

Forward-looking issues such as technology flows, intellectual property and state subsidies are now on the table, but it is unclear exactly what the entente in these matters is and, more importantly, whether China has truly yielded on issues that are fundamental to its economic and political model. Moreover, we are further still from any aspects of the Phase One deal forming a basis for a future global trade order.

Yet – fourth – it is modernized multilateralism that we need, especially all countries, Canada included, that are not named “US” or “China.” We are all better off with a Phase One deal signed, but this was a needlessly fraught fight with little long-term strategy or national interest, much less global interest, driving the agenda. We await a Phase Two and beyond, with the small matter of the US presidential election this November intervening.