There are countless examples of the dangers posed by national ID schemes, including from Kenya, Uganda, Pakistan, India and elsewhere.

Ethiopia has been making international headlines due to the steep escalation of a nearly year-long civil war in its northern Tigray region and ensuing humanitarian crisis, with millions teetering on the brink of famine and genocide. At the same time, we are beginning to recognize the role that technology companies and platforms can play in exacerbating such crises. For example, Meta (formerly known as Facebook) and Twitter have been implicated in worsening matters by inciting violence and amplifying hate speech against certain ethnic groups in the region. Meanwhile, an offshore “Web 3” project with ambitions to build a national ID system in Ethiopia based on a suite of much-hyped blockchain technologies is going virtually unscrutinized by journalists, scholars and activists, even as such a system comes with significant risks for people in Ethiopia and in countries eyeing similar plans.

The project, known as Cardano, is actually run by a cluster of offshore entities — the Swiss-based Cardano Foundation, Hong Kong-based development arm IOHK and Japan-based venture arm EMURGO. Founded and led by the 34-year-old Charles Hoskinson, who previously co-founded Ethereum, Cardano raised more than US$62 million in an offshore initial coin offering from 2015 through 2017 designed to evade the reach of the US Securities and Exchange Commission. Hoskinson, whose ultimate ambition is to build a national ID system for Ethiopia, recently struck a deal with Ethiopia’s Ministry of Education for a blockchain-based ID pilot involving five million secondary school students. As he describes it, “Every one of these students will have a digital identity — a DID. That DID carries with it information — metadata — that will travel with them throughout their academic life, and follow them into the economic world.”

At present, Ethiopia lacks a national ID system. Instead, it has a highly decentralized system whereby foundational IDs provided at the municipality level known as “kebele cards” can be used to obtain tax IDs, passports and other functional identity documents. It is perhaps ironic that blockchain promoters such as Hoskinson, who aggressively evangelize “decentralization,” would aspire to build a centralized ID scheme on top of a distributed ledger technology. But distributed computing and decentralized power are not the same thing — far from it. In the case of Cardano, a proof-of-stake consensus protocol allows coin holders to vote and influence how the protocol evolves. Ethiopians, of course, have no say. Moreover, rather than decentralize power, the Cardano network itself becomes a single point of failure — if the network goes down, so do all ID systems.

We have countless examples of the dangers of national ID schemes in general, including from Kenya, Uganda, Pakistan, India and elsewhere. But while national ID schemes can be highly problematic, building them on blockchain could be catastrophic. Putting aside the very obvious logistical hurdles, including very low internet penetration rates in Ethiopia (that are significantly lower in more rural regions) and the displacement of children from schools due to ongoing conflict and humanitarian challenges, there are much deeper problems with Hoskinson’s plans. Blockchain is fundamentally an accounting technology designed to track and trace digital assets through an immutable ledger of transactions. Blockchain-based ID schemes similarly treat identity as a transactional, mathematical problem. The more transactions, the more profitable for the network.

There are also serious privacy and data protection concerns with the logging of all this metadata. While proponents of blockchain-based ID claim that concerns are unfounded if the system is designed correctly and identity documents are kept off ledger, the dangers of metadata in this context are well-documented. Hoskinson himself concedes the dangers of blockchain-based ID schemes, saying, “Regimes like China or Saudi Arabia have an onerous record of very significant institutional violations…There, it makes no sense to build identity solutions or blockchain solutions because there’s a high probability that those solutions are going to be abused and weaponized against the population.”

But how naive to ignore the same risks in Ethiopia or elsewhere. How naive to think that regimes will not topple or that political winds will not change. A system easily abused or weaponized anywhere is a threat everywhere. In fact, there is already evidence of identity information being used to target populations in the Tigray conflict. Now imagine the implications of a national ID scheme built on an immutable ledger, driven by commercial incentives and operated by offshore entities. Imagine how much worse Kenya’s “double registration” problem would be or the additional dangers that the Taliban’s seizure of Afghanistan’s biometric database would pose had either system been built on an immutable ledger.

Hoskinson says his mission is to give people in Africa control over their own lives. But in reality, his plans for Ethiopia appear crypto-colonial. As researcher Pete Howson explains, “Innovators are not drawn to fragile states because they want to fix these things. Poverty and corruption are the ideal conditions for entrepreneurs exploring opportunities to extract resources from vulnerable communities.” Or, as the sociologist Ruha Benjamin has powerfully articulated, “Most people are forced to live inside someone else’s imagination. And one of the things we have to come to grips with is how the nightmares that many people are forced to endure are the underside of an elite fantasy about efficiency, profit, and social control.”

Of course, Hoskinson is not alone. Just as when former child actor and Mighty Ducks-star-turned-cryptocurrency-evangelist Brock Pierce settled in Puerto Rico in the wake of Hurricane Maria’s devastation or when a 27-year-old American bitcoin investor named Jack Mallers persuaded El Salvador’s authoritarian president to make bitcoin legal tender in the country, local populations were not consulted. In fact, there are active and ongoing protests and resistance in El Salvador and in Puerto Rico.

As the conflict rages on in Ethiopia, Cardano enthusiasts are worried about whether it will interrupt the network’s development plans or reduce the value of their cryptocurrency tokens. As for civil society, we should worry about the implications of blockchain-based ID systems and the incentives driving them around the world. Most importantly, we should resist the urge to narrowly scrutinize the technical contours of a given technology or system; we should instead contest the underlying imaginations that shape it, making sure to ask whose imagination it represents. 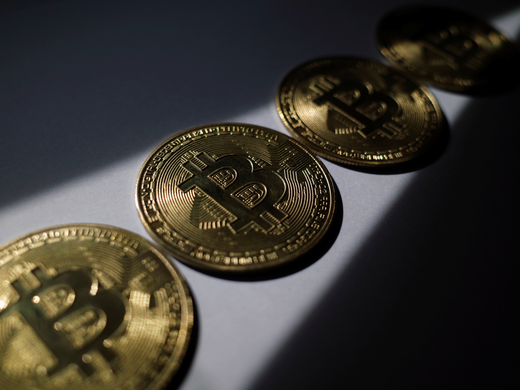 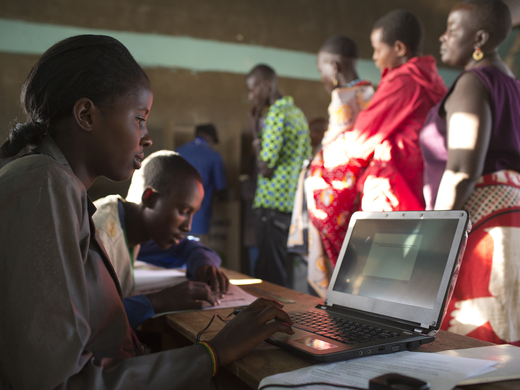 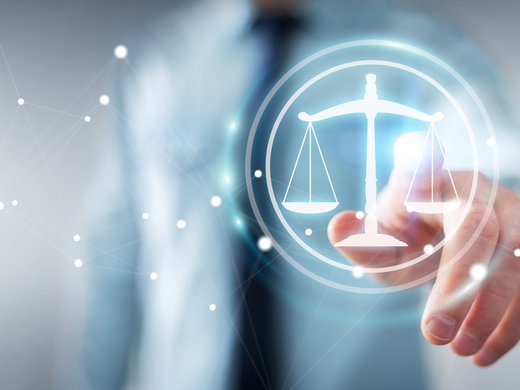 Why We Need Data Rights: 'Not Everything about Us Should Be for Sale'