Why Biarritz Could Be a New Model for Summitry 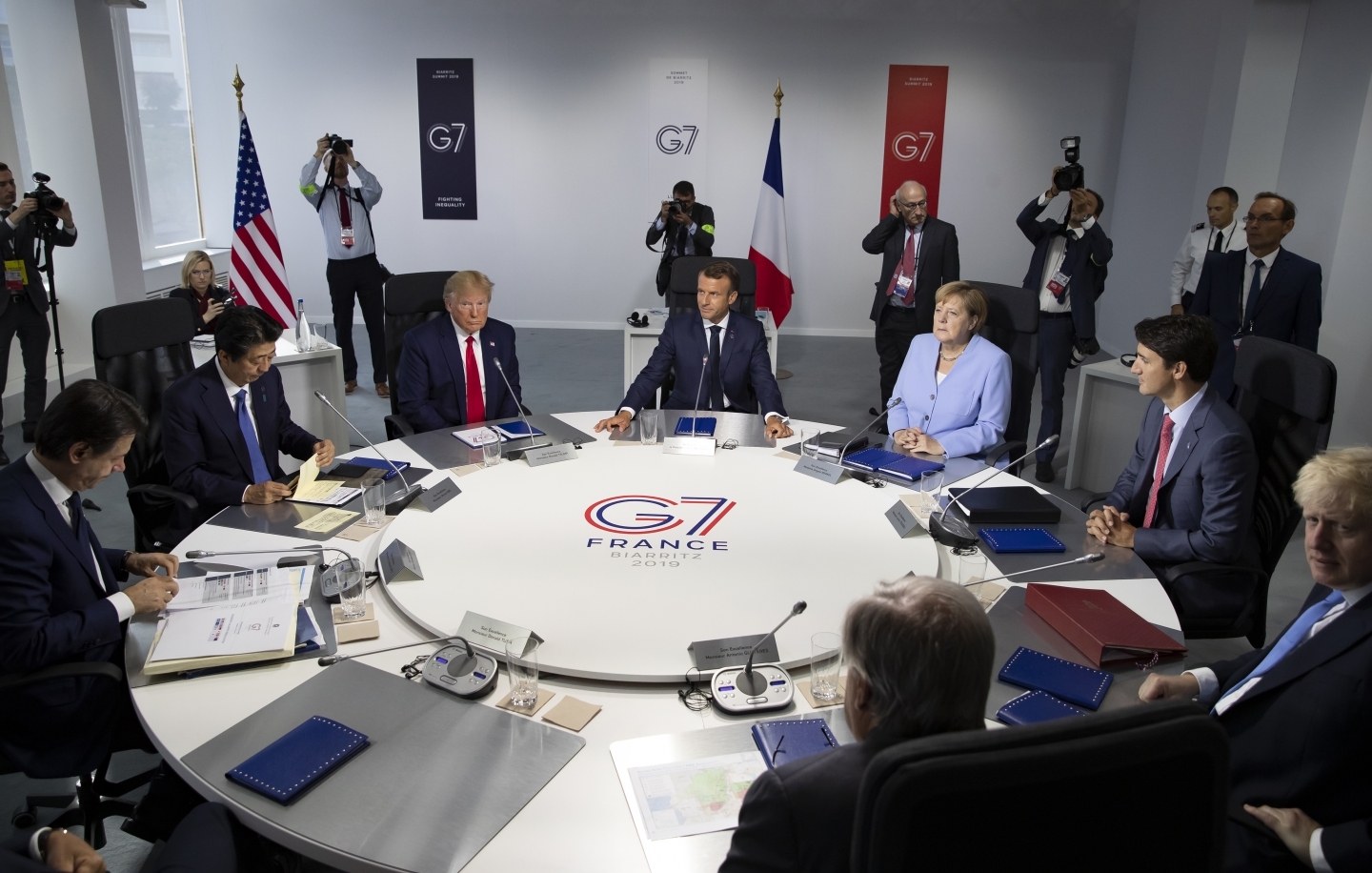 Group of Seven leaders attend a work session during summit in Biarritz, France on August 26, 2019. (Ian Langsdon, Pool via AP)

Expectations for Emmanuel Macron’s Group of Seven (G7) summit in seaside Biarritz were low. The club’s members were so stubbornly divided on issues ranging from climate change to Russia that it was unclear why they should even meet. And all that anyone remembered from the previous meeting in Canada was US President Donald Trump reneging on the joint statement over Twitter on his way home.

So, it was no surprise that the French president ended up overseeing one of the more chaotic G7 summits. But instead of succumbing to the chaos, Macron worked with it, creating a template for how summitry might succeed in the Trump era. He managed to at least create the impression of movement on a handful of important geopolitical issues, including Iran’s nuclear ambitions and an overhaul of the World Trade Organization. That’s more than other recent hosts can say, and it keeps alive the possibility that the club of wealthy democracies still has a role to play, if a diminished one.

The key to Macron’s successful formula was accepting the G7’s limitations. He avoided asking leaders to commit to more than they could, which shifted the focus to matters on which they agreed. And he stayed away from grand commitments that would have rung hollow without China and other emerging powers around the table. 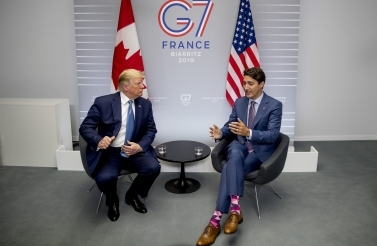 Recommended
How Should Canada Respond to US Trade Policy?

Rather than force a consensus on a group that is fundamentally split on important issues, Macron declared that he wouldn’t even try. The news ahead of the summit was that he planned to scrap the wordy communiqués that traditionally mark the end of such gatherings. “No one reads the communiqués, let’s be honest,” Macron told journalists ahead of the meeting. “And in recent times you read the communiqués only to detect disagreement.”

With expectations lowered, Macron released a 263-word leaders’ declaration. The document was considerably shorter than previous summaries but somehow more believable in its objectives. The G7 made concise statements on trade, Iran, Ukraine, Libya and Hong Kong. No one will be blown away by the pledges. For example, the leaders simply said that the “G7 requests that the Finance Ministers closely monitor the state of the global economy.”

That won’t calm worries that a global recession is imminent. But what else could the G7 credibly say? Two of the G7 leaders are part of the concerns addressed in the declaration: US President Donald Trump’s trade wars are the biggest threat to global economic growth, and Brexit (the most pressing item on UK Prime Minister Boris Johnson’s agenda) would rank near the top of anyone’s list of present economic dangers. Other member nations aren’t off the hook either. Italy’s debt and Germany’s reluctance to use fiscal policy to boost its sluggish economy also rank among the biggest risks. This year, the G7 couldn’t present itself as an economic saviour because most of its members are responsible for current economic uncertainty.

There was spontaneity, or at least the appearance of spontaneity, which gave journalists something to write about other than how Trump and Brexit were wrecking the world order.

Macron picked a Twitter fight with Brazil’s president over Amazon forest fires; a bit of a cheap shot, given Jair Balsonaro hadn’t been included among the invited guests. (The leaders of Australia, Chile, India and South Africa attended as observers.) Still, the volley had the effect of elevating a vital issue. The G7 pledged US$20 million to help douse the blazes — not enough, but better than nothing and more than what was on the table only a few days ago.

The French president jumped on Trump soon after he arrived and manoeuvred him into an impromptu lunch, which, if nothing else, kept Trump off Twitter for a couple of hours. The American president has used Twitter to disrupt almost every event that globalists held dear before his election in 2016, including last year’s G7 summit in Quebec, when he tweeted from his flight home that he was reneging on his promise to sign the communiqué. Macron showed future hosts that they should get creative in how they approach potentially problematic guests.

Macron’s boldest move was inviting Iran’s foreign minister, Mohammad Javad Zarif, to Biarritz for a meeting in the middle of the summit. It’s unclear if the meeting accomplished anything, but it provided an important reminder that the United States doesn’t own the debate over Iran’s nuclear ambitions. It also reinforced the credibility of Europe’s powers, demonstrating their willingness to risk offending Washington in plain view of the international press.

“We fully share two objectives: to ensure that Iran never acquires nuclear weapons and to foster peace and stability in the region,” the G7 declaration said.

Macron’s approach would take some getting used to. 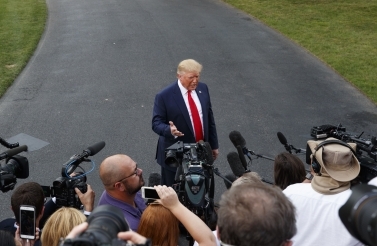 Politico called Biarritz the “seaside summit of seven truths,” arguing that the absence of a communiqué left leaders free to spin their own interpretations of events. Financial markets were left without an anchor, as traders were forced to make sense of duelling headlines, rather than wait for reassuring stock phrases about the group’s commitment to freely traded exchange rates, freer trade and protecting global economic growth. That’s no small thing: Economic policy uncertainty is higher now than it was during the financial crisis, according to an index calculated by Scott Baker of Northwestern University, Nick Bloom of Stanford University and Steven Davis of the University of Chicago. Belin noted that the group had nothing to say about how to approach China, besides stating that the G7 “reaffirms the existence and importance of the Sino-British Joint Declaration of 1984 on Hong Kong and calls for violence to be avoided.”

But while pining for what could be, we should also recognize that it is no longer the G7’s job to stabilize the global economy and calm the world’s hotspots; the Group of Twenty is now the steering committee for the global economy. G7 leaders regulate most of the world’s biggest banks, and their nations rank among the world’s biggest economies, so they have an influence, but any declaration on the global economy that excludes China will lack credibility. And on issues where the G7 could make progress (climate change or globalization, for example) leaders are divided, and everyone knows it. The Biarritz summit was, at the very least, refreshingly transparent — there wasn’t much leaders could achieve and they didn’t pretend otherwise. But by holding together despite the adversity and achieving some things, the world’s leading democracies earned the right to be taken seriously for at least one more year.

Unfortunately for the committed globalists in the club, the next host is Trump, and the summit likely will take place on the eve of his re-election campaign. He will be in a position to force Macron and others to respond to his protectionist, US-first approach to international affairs. But perhaps Trump will have read all the positive reviews of Biarritz and feel compelled to duplicate Macron’s performance? The American president might keep in mind that he has shown his colleagues how easy it can be to disrupt a summit host’s best-laid plans.