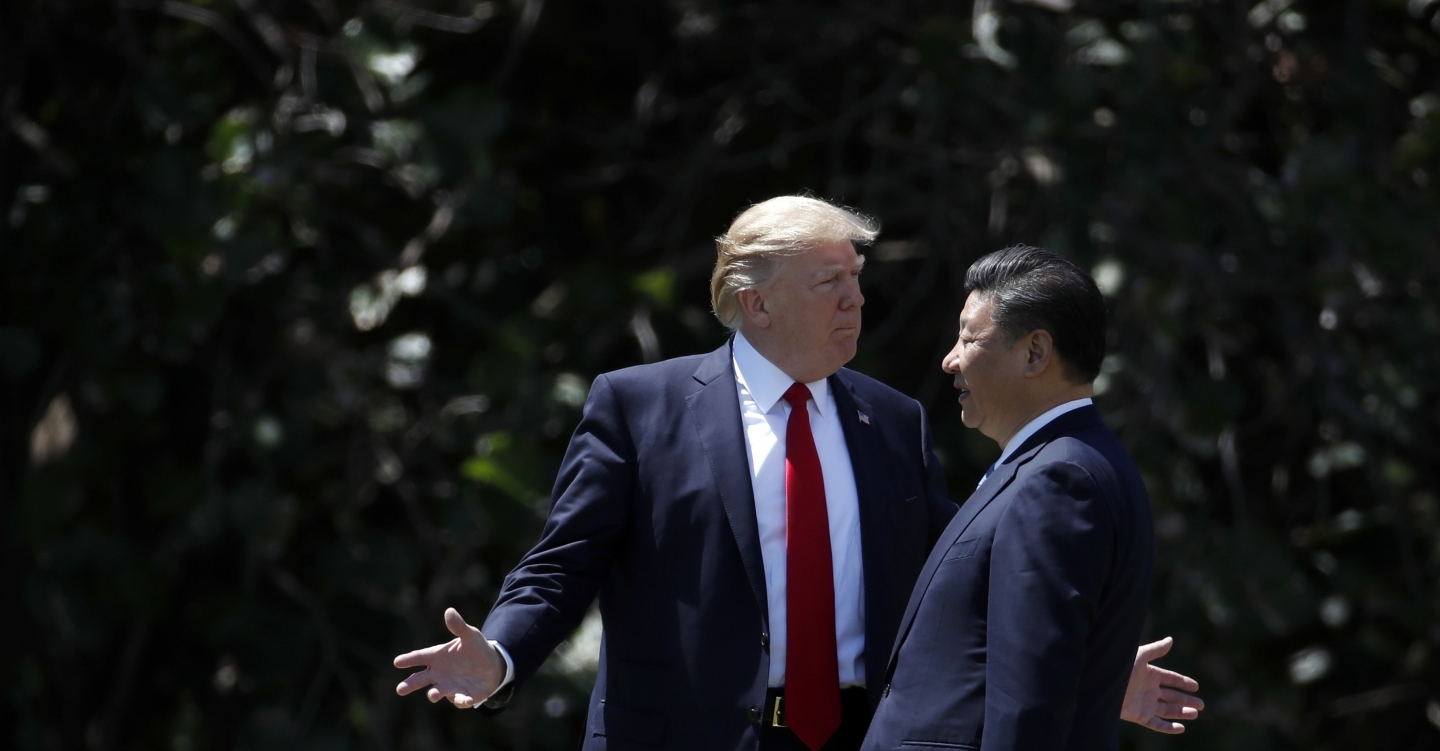 The first summit between US President Donald Trump and Chinese President Xi Jinping ended in Florida on a Friday evening. By the end of the weekend, there was little trace in the US press that the leaders representing the world’s greatest rivalry had just met for two days. Under the circumstances, that probably means the meeting was a success.

Not that Trump-Xi had a chance of holding the attention of the Washington press corps once the US president decided to rain missiles on a Syrian airfield while simultaneously hosting his banquet for his Chinese guest. Actual war will beat diplomatic hostilities every time.

Still, the relatively quiet episode must be considered a positive, given all that could have gone wrong. China had been the target of some of Trump’s nastier verbal assaults during the election campaign. Ahead of inauguration, he infamously took a call from the leader of Taiwan, Province of China.

Yet, in Florida, the US president was the perfect host. Trump said he developed an “outstanding” relationship with the leader of a country that he had once accused of “raping” his own. While tension surely exists, the two presidents and their advisers found a way to keep it safely offstage.

“Observers on both sides seem to be relieved,” said Lawrence Summers, the Harvard economist and former US Treasury secretary. “If no diplomatic breakthroughs on major issues were achieved, it is also the case that there were no outward displays of truculence from either side. Neither high hopes nor great fears have been realised.”

Some will disagree with Summers that there were no diplomatic breakthroughs. The headline from the summit was what the South China Morning Post called a “bold” pledge to ease trade friction within 100 days.

According to the Financial Times, the deadline was Beijing’s idea. The gambit worked, as the Trump administration adopted a new tone when discussing its relations with China. Ahead of the meeting, Finland’s trade minister begged Trump and Xi to avoid a trade war. They have done so, at least for another few months.

“Normally, trade discussions, especially between China and ourselves, are denominated in multiple years,” Wilbur Ross, the commerce secretary, told reporters after the meeting. “Given the range of issues and the magnitude, that may be ambitious, but it's a very big sea change in the pace of discussions. And I think that’s a very very important symbolization of the growing rapport between the two countries.”

“Symbolism” is probably the right way to think about the pledge until more details emerge. The 100-day plan appears to be a verbal agreement, as there was no text to back it up, not even an outline of the issues that would be discussed.

Nothing at all changed in rhetoric around Beijing’s expansionist approach to the South China Sea.

There is a reason trade talks between the United States and China drag: neither side has been willing to give ground on anything that matters. It is not immediately obvious why that would have changed. The Financial Times reported that China might grant additional access to US financial institutions and drop a ban on American beef imports that has been in place for more than a decade. Neither would be an especially difficult concession. Chinese banks now are among the biggest companies on the planet and would be ready for any international competition. It would be a small price if it satisfied Trump’s apparent desire for tweetable, short-term victories.

Critics had grumbled that the new US administration appeared to be hung up on the wrong issues when it comes to economic relations with China. During the campaign, Trump said he would label China a currency manipulator and narrow the “unfair” trade deficit.

This president appeared this week to reverse that stance, signalling that the US Treasury would not brand China a currency manipulator.

While Beijing might have been guilty of currency manipulation in the past, it would be difficult to make that case today — unless Trump had wanted to accuse China of putting an artificial floor under the yuan’s value. China loosened its foreign-exchange controls so the yuan could be included in the International Monetary Fund’s currency basket, and it has spent hundreds of billions of dollars from its reserves to keep the yuan’s value stable at elevated levels. The emphasis on the deficit, meanwhile, ignores the reality of modern trade. International supply chains mean a merchandise import from one place often contains inputs from many other places. Restrictions on Chinese imports would very likely hurt US exports of the goods and services that go into those things that the Trump administration claims are widening the trade deficit.

Summers argues that the United States needs to get smarter about “what historians will remember a century from now.” The United States has been the unrivalled leader of the global economy for decades. But, as it retreats, China is taking over. It is spending billions in Africa, Asia and Latin America, and it now has the Asian Infrastructure Investment Bank to counter America’s dominance of the World Bank. In other words, as Trump seeks short-term wins against China, he may fail to notice that China is shoving the United States aside in the rest of the world.

Trump has given the liberal order little reason to take him seriously. He lies, he offends and he appears to have little interest in international arrangements that aren’t obvious victories for America. But that is why analysts of Trump’s trade policy and diplomacy must be careful not to assume that he is always wrong.

The contemporary approach to China-US relations started in 2006 under former Treasury secretary Henry Paulson, the former head of the Goldman Sachs Group who made his name as the investment bank’s top executive in China. Paulson started what he called “the strategic economic dialogue,” which involved two meetings a year between the top trade and finance officials from each country. Under President Barack Obama, the dialogue was expanded to include the secretary of state in the United States, the foreign minister in China and all the diplomatic and security issues those ministers cared about. It is fair to say that by the end of Obama’s presidency, the China-US relationship had become burdened by bureaucracy.

A less-reported outcome of the Florida summit was that Trump and Xi said they would take charge of a streamlined dialogue. Now that the leaders have political capital at stake, the number of “deliverables” could increase. One of those outcomes could, in fact, be a narrower US trade deficit with China.

Beijing likely senses a narrowing might be necessary to avoid a more dangerous outcome. Summers probably is right, but there is no point denying the trade deficit has become a political flashpoint in Washington. Trump will need a short-term win to work constructively with China in the future. “There’s no doubt the deficit has widened, that there is a strong feeling in the US that it’s out of balance,” Paulson said at an event in China last month.

It’s still difficult to know what sort of relationship Trump truly wants with China. Some saw a message in Trump’s decision to strike Syria while dining with Xi, and he dispatched warships to the Korean Peninsula the day after his meeting with the Chinese leader ended, affording Xi a courtesy call to inform of the US action.

And then there is Trump’s five-year-old granddaughter, Arabella.

The youngster sang and recited poetry in Mandarin for Xi and his wife, Peng Liyuan. It was a brilliant and unexpected flourish of personal diplomacy. Less noticed was what little Arabella’s language skills say about the Trump family’s notion of where power will reside in the future.

Trump says he will put America first. Ivanka Trump and her husband, Jared Kushner, the parents of Arabella, would appear to be hedging their bets, preparing their children for a future where success will require speaking Chinese.

While Beijing might have been guilty of currency manipulation in the past, it would be difficult to make that case today.
The opinions expressed in this article/multimedia are those of the author(s) and do not necessarily reflect the views of CIGI or its Board of Directors.