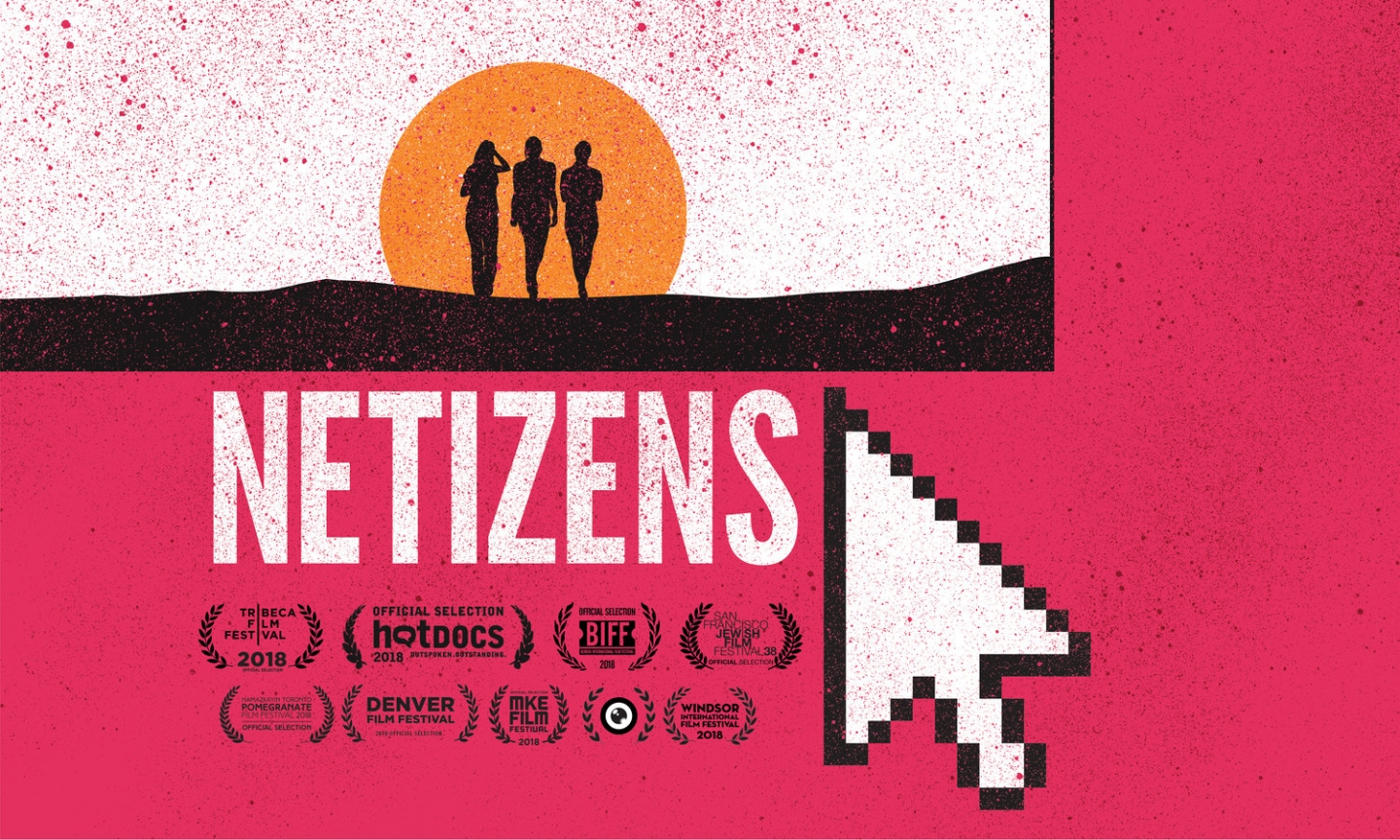 For April's Cinema Series event, we are pleased to be working with the following community organizations to host a screening of the 2018 film "Netizens" followed by an expert panel. We would like to extend our thanks to the following for their help and support: Community Justice Initiatives Waterloo Region, Kitchener Waterloo Community Foundation, Pat the Dog Theatre Creation, Power Shift WR and SHORE Centre.

Netizens delves into the lives of three women whose lives have been transformed by online harassment: Carrie Goldberg, an attorney who launches an internet privacy and sexual assault law firm in the wake of her own cyber harassment; Tina Reine, a successful businesswoman whose career is derailed after an ex-boyfriend creates numerous reputation-harming websites; and Anita Sarkeesian, the creator of a popular web-series, “Feminist Frequency,” critiquing representations of women in video games, who is the target of a cyber-mob’s ongoing campaign of rape and death threats.

Through an intimate, vérité approach, Netizens depicts the many forms digital abuse can take: non-consensual pornography, cyber-stalking, threats of violence, privacy invasions, impersonation, character attacks. The film challenges the notion cyber harassment is “only” online, showing the repercussions on targets’ lives: lost jobs, thwarted educations, damaged reputations, offline harassment and stalking, and countless hours devoted to containing attacks against a backdrop of mounting legal fees and psychological distress. While law enforcement lags far behind the crimes, the film’s subjects seek justice on their own terms. Carrie's law firm takes off in the midst of the #MeToo movement; Tina speaks out about her experiences and breaks back into the finance industry; and Anita creates a new series about race, gender and inequality in America. NETIZENS bears witness as a courageous wave of individuals transform the web as we know it.

Following the film, a panel discussion will take place featuring local experts, discussing both issues raised in the film and other intersections of safety and technology, gender, consent and the law.

Content Warning: The film and the panel following will include frank and explicit discussion of online harrasment, and other forms of digital abuse and threatening behaviour.

The Centre for International Governance Innovation (CIGI), is pleased to announce a new partnership with the Grand River Film Festival, and THEMUSEUM to deliver public film screening events throughout the
year.

TK is the Public Education Manager for the Sexual Assault Support Centre (SASC) of Waterloo Region. TK enjoys guiding meaningful conversations with people of all ages about masculinity, gender, healthy relationships, consent and more, using engaging activities and evidence-based practices. He is passionate about queer and trans issues, intersectional feminism, body positivity, and ending gender-based violence. Previously, TK was the Male Allies Program Educator for SASC, has worked as a Sexual Health Educator for SHORE Centre (Planned Parenthood) and a Chapter Coordinator for a national mental health charity.

Det. Illes has 20 years of law enforcement experience and is currently a member of the WRPS - Cybercrime -Internet Child Exploitation (ICE) Unit. He is also designated as one of 5 Victim Identification Investigators for the Ontario Provincial Strategy to Protect Children from Sexual
Abuse and Exploitation on the Internet and is a member of the Interpol Specialists Group on Crimes Against Children. He has previous experience investigating many criminal offences including homicides and sexual offences.

He is an experienced online undercover investigator and has specialized training and experience with respect to image analysis and OSINT (Open Source Intelligence).