Economies prosper when they feature competitive markets. Competition fosters innovation, improves the quality of products and services, and offers choice and lower prices for consumers. When competition is limited, markets stagnate and consumers suffer. As a result, policy makers have established a suite of tools, known as competition policy, to counteract anti-competitive practices and encourage competition in their markets.

Competition policy, as we know it today, was based on the US model from the 1960s and has since received only minor revisions from time to time. Our modern economy, which is dominated by big tech platforms, has upended competition policy and presents complex new challenges for law makers.

Fostering competitive markets is essential: it boosts innovation and the quality of goods and services, and it lowers costs and prices. It ultimately improves our standard of living.

How governments respond to consumer welfare, oversee business activities and seek to encourage competitive markets is known as competition policy.

Modern competition policy emerged from the United States in the late nineteenth century to address the railroad and telegraph barons of the time. The US model has been adopted and adapted by governments around the world. But since the 1960s, competition policy has received minor revisions from time to time.

There are three key areas that competition agencies look at when considering anti-competitive business behaviour.

The first is restrictive practices. These are any business activities that exploit their dominant market position to harm competition, such as underselling their products in the short term to stop competitors from gaining new customers.

The second is monopolies and cartels, probably the most newsworthy of the three areas. This area deals with any business practice that specifically hinders competitors from entering the market; for example, if a company owns the telecom infrastructure and is intentionally limiting access to that network to hinder or eliminate their competitors.

And the third area is mergers, which is ensuring that the consolidation of two firms won’t eliminate competition in that sector.

One misconception of competition policy is that it’s anti-merger and doesn’t want businesses to get too big. That’s not true. For example, if there’s five major grocery store chains operating in the market and two of them merge, there are still three other options for consumers.

When it comes to big tech and the digital economy, policy makers are facing new challenges. And the reason for that? It’s two-fold. First, much of competition policy was created long before the internet, smartphones, and digital goods and services existed. So, the current rules may not be sufficient. And second, the nature of some digital businesses are so radically different from anything we’ve seen before that we probably need new rules of the game.

First, we now have very large digital firms — many of them social media platforms — that have changed the marketplace fundamentally. These firms operate in multiple markets at the same time — they can dominate in many of them — which is vastly different from firms that might dominate in a single market.

And second, they get their dominance from the personal data that they have on users, and they can monetize this by selling their information to advertisers, who more often than not are their true clients. And they benefit from something called network effects, where the more users they have, the more users want — or need — to be on the platform. And these users, people like you and me, have little control over how their data is being used and how their personal privacy is being invaded.

Third, platforms like Google Search, Amazon and Facebook act as gatekeepers to the range of goods and services being sold on their sites. They can restrict access to their platforms, charge for different types of access, and may copy the goods and services using the data they’ve gathered. They may also refer users to their own products. So, in effect, they set the conditions under which the market operates. It can be very difficult for firms of all sizes, but particularly small and medium-sized businesses to challenge them. They can also take out competitors or ones that could potentially challenge them, by removing access to their platforms, like Apple did with the App Store when Epic Games chose not to use Apple’s payment-processing platform in their Fortnight game, Apple responded by just removing the game from the store.

The digital-era business model raises a lot of questions: What’s the role of the Competition Act to address them? What non-competitive measures are required? How should your personal data be protected? And can we get a whole-of-government approach?

But if we don’t take action, we risk creating a world where our lives are dominated by corporate giants, undermining our democratic institutions and the media. Without action, we risk allowing our democracy to devolve into a corporate-rune plutocracy. The social and economic issues of digital dominance are massive [and] cannot be ignored any longer. 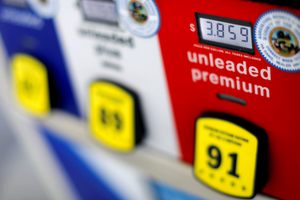 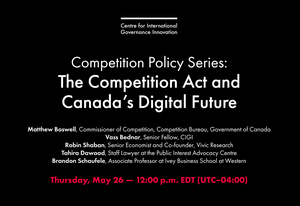 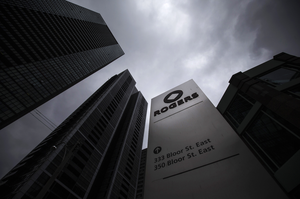