Session four of The Corporate Citizen & COVID-19 will provide an update on the work being undertaken by key international organizations such as the United Nations Commission on International Trade Law, the United Nations Conference on Trade and Development, the International Centre for Settlement of Investment Disputes and international investment arbitration centres, to address the growing concerns of public sector, civil society and Indigenous communities about investor-state dispute settlement. Expert panellists discuss progress and pitfalls in recent arbitration awards and in this policy review process. They consider the reactions of the investor-state arbitration community to government interventions in national economies aimed at shifting to a low-carbon economy and slowing the spread of COVID-19.

This panel series, The Corporate Citizen in the Time of COVID-19, was co-hosted by the Centre for International Governance Innovation (CIGI) and the University of Ottawa’s Human Rights Research and Education Centre (HRREC). Oonagh Fitzgerald, HRREC senior fellow, former director of international law at CIGI and editor of the new book Corporate Citizen: New Perspectives on the Globalized Rule of Law, welcomed participants, gave a land acknowledgement, thanked the co-sponsors, provided a brief overview of the book that inspired the panel series, and introduced the moderator for session 4 on investor-state dispute settlement (ISDS), Meg Kinnear. Meg Kinnear is the vice president of the World Bank Group and the secretary-general of the International Centre for Settlement of Investment Disputes (ICSID).

The panellists were the Honourable Ian Binnie, Larry Phillip Fontaine, Penelope Simons, Anthony VanDuzer and Charles-Emmanuel Côté. Ian Binnie served for nearly 14 years as a justice of the Supreme Court of Canada. Phil Fontaine is a special adviser of the Royal Bank of Canada and previously served as the national chief of the Assembly of First Nations for three terms. Penelope Simons is an associate professor at the Faculty of Law at the University of Ottawa, with research focused on business and human rights. Tony VanDuzer is a professor and the Hyman Soloway Chair in Business and Trade Law at the common law section of the Faculty of Law at the University of Ottawa and the co-chair of the faculty’s International Law Group. Simons and VanDuzer co-authored the chapter “Using International Investment Agreements to Address Access to Justice for Victims of Human Rights Violations Associated with Transnational Resource Extraction” in Corporate Citizen. Charles-Emmanuel Côté is full professor at the Faculty of Law of Université Laval in Quebec City and member of the École supérieure d’études internationales (ESEI), where he teaches public international law, international economic law and constitutional law. Côté wrote the chapter “Piercing the Corporate Veil in International Investment Law: Problems with the Denial of Benefits Clause” in Corporate Citizen.

Kinnear opened the panel with a discussion on whether international investment treaties and investor-state arbitration are the right tools to achieve objectives such as human rights, climate change, labour and public health standards. Binnie stated that while investment treaties can be beneficial, they can also create difficulties, depending on who needs the investment and who needs to comply with the obligations. These treaties reflect Eurocentric standards and there needs to be more of a cultural dimension to using investment as a lever to enforce these values. Binnie used an example from his work in Tanzania to explain how most host countries are desperate for investment and thus lower the standards for incoming companies.

Côté discussed how this is a complex question that is reminiscent of the World Trade Organization (WTO) debate, where individuals thought that all the problems of globalization could be solved through the WTO. This current debate is about trying to solve problems with investment treaties. Fontaine discussed the importance of Canada respecting the treaties they have made with Indigenous people and how the delay of the resolution has resulted in Indigenous people bearing the cost. Fontaine stated that important matters such as human rights, climate change and Indigenous rights are difficult to resolve because they are considered moral interests and not investor-related decisions.

Simons discussed how these treaties were intended to protect investors against unfair treatment by host states and were not designed to address human rights and environmental complaints against foreign investors, but they need to be reformed to ensure that the state’s ability to protect human rights and environmental interests is not undermined. VanDuzer agreed that the treaties were not designed to address these issues but argued that investor protections must not get in the way of domestic regulations. He noted that contemporary treaties now try to protect the right to regulate but that legacy treaties do not.

The panel’s second discussion was around the effectiveness of new treaties that are trying to use obligations on investors as a precondition to using ISDS.

Binnie discussed the importance of “piercing the corporate veil” and how the economic impact of investment treaties should not be underestimated. Additionally, although Canada has created an ombudsman to address these issues, the position does not have any enforcement power. There needs to be a level of political commitment or else no action will be taken against Canadian companies. Côté discussed the design of investment treaties and the trend toward abolishing ISDS or including a denial-of-benefit clause. There are conflicting interpretations of similar clauses and this needs to be resolved. Fontaine observed that Canada still sees itself as the moral conscience of the world and overlooks the issues at home and the effects of corporate interests on Indigenous peoples.

VanDuzer stated that mandatory obligations will be the most effective way to address those obligations, but that it is important to recognize the limitations on their effectiveness. The main effect is limiting the circumstances in which claims can be brought but it could also encourage cooperation between the state parties for development and enforcement of these schemes. For example, the investment partnership agreement by the European Union talks about the enhancement of labour rights and environmental rights. Simons discussed the idea of creating a civil liability provision to apply to investors who commit human rights violations. It would have to protect plaintiffs’ challenges, establish appropriate liability and allow states parties to assume jurisdiction for claims brought forward by individuals, as well as allow the courts of each state to hear claims for contributory negligence even where the other actor is another state.

Côté discussed the need for having arbitrators who are trained in specific areas of the law. The Bear Creek Mining Case first dealt with these new provisions which were easily dismissed in the analysis by the majority of the arbitrator tribunal. Simons agreed that we require a more experienced set of arbitrators. Binnie mentioned the importance of having arbitrators who are more diverse and representative and attuned to the interests of developing host states.

The third discussion for this panel focused on whether reformed investment agreements could be used to attract better investment into Canada. Binnie considered that they could, if they conferred jurisdiction on domestic courts. He suggested that the answer lies in domestic courts, because judges create legal doctrines, and they can unmake them if they no longer accord with what is needed for transnational justice. Côté agreed that domestic courts are an avenue to fix these problems but questioned whether judges in civil law systems have the interpretative scope to make such reforms. He noted that laws can be changed by the legislature if there is a political will to do so.

Fontaine commented on the responsibility of the foreign investor, referring to the case of Chevron v Ecuador and using his familiarity with the discouraging experience of the Indigenous peoples of Ecuador as they sought remedies for environmental destruction from oil extraction by foreign investors. The Supreme Court of Ecuador, despite making a favourable ruling and monetary award against Chevron, was unable to deliver justice to the affected Indigenous communities because Chevron successfully used ISDS to challenge and effectively nullify the court’s ruling. While there has been case law in recent years in Canada that is favourable to Indigenous issues and to holding corporations accountable for human rights violations committed abroad, the courts declined to enforce the Ecuadorean judgment against subsidiaries of Chevron.

VanDuzer observed that countries needing foreign investment agree to provide protections in order to obtain a signed treaty, as they see a positive relationship between signing the treaty and following through with more investment. Simons suggested that in negotiating such treaties states should include requirements for environmental assessments, meeting environmental standards and respecting human rights, to ensure these investors are complying. She noted the issue of financing the arbitration of human rights issues has not been addressed.

The final questions and comments were surrounding whether current reform initiatives by international organizations such as the United Nations Conference on Trade and Development and the United Nations Commission on International Trade Law and national governments were heading in the right direction. Binnie talked about the need for domestic governments to take bold action. Côté discussed how we need to recalibrate investment remedies. Fontaine suggested that mediation could be useful because it is non-adversarial and engages multiple parties. VanDuzer considered it to be a positive sign that international bodies are actively engaged on examining ISDS reform. 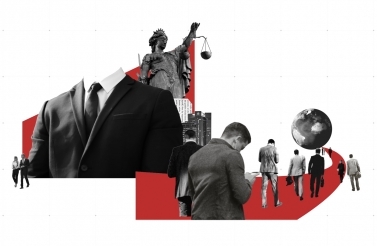 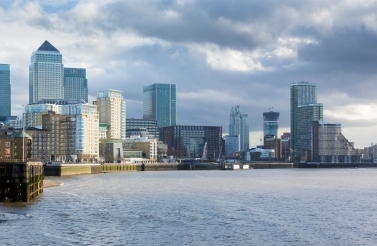 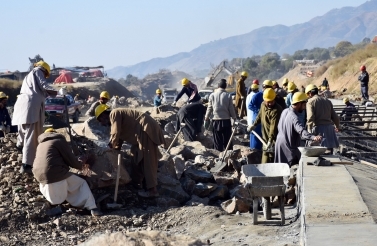 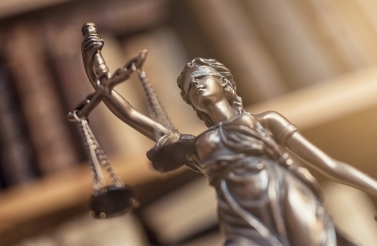