The next wave of economic prosperity is happening in the digital space through advances in telecommunications, data mining, artificial intelligence and the Internet of Things. Deciding how those technologies interact and the standards that all stakeholders must follow is determined by international standard-setting bodies, such as the International Organization for Standardization and the International Electrotechnical Commission. Top-tier corporations, mainly from the West, have dominated the standard-setting bodies, forcing the globe to adopt their technologies and license their patents.

Wishing to expand the economic potential of Chinese tech companies in international markets, the Chinese government has been working to increase its influence in international standard-setting bodies. China has been using the Digital Silk Road (DSR) as both a means to sell Chinese technology to foreign states as well as to gain market share to better its position on international standard-setting bodies. The DSR is part of the Belt and Road Initiative (BRI) in which China funds the expansion of infrastructure projects in developing nations, such as internet and mobile phone technology. In return, BRI partner nations agree to interoperability and data-sharing agreements with China.

Standard setting and the DSR are very much an economic project, more so than a geopolitical move. But with the number of partner countries involved in the BRI, China’s moves in digital standards are having impacts globally, which is shifting the balance of power from Western tech giants.

China has mastered manufacturing, and they are competing alongside Western companies in mobile and AI technology, leaving the top-tier — standard setting — as the means for influencing the global economy through the adoption of their systems and processes.

China has had some success, but standard setting is still dominated by the North Americans and Europeans.

China is using the Digital Silk Road, part of their Belt and Road Initiative, to further their goals of leading international standard setting.

China’s Belt and Road Initiative is a series of infrastructure projects to build railroads, highways, pipelines and shipping ports connecting China to Asia, Africa, the Middle East and Europe. Early attempts at standard setting focused on engineering and construction sectors, such as electricity, transport and energy. However, the progress China made in these areas is not very impressive.

The Digital Silk Road looks to extend China’s domestic technology out into BRI countries and create the means for economic growth in the digital economy by ensuring interoperability and data flows in areas of mobile network technology like 5G, the Internet of Things and artificial intelligence, to name a few.

This is where digital standards become important. If China can convince the international community to use their standards, then its domestic businesses will benefit economically by the standards and patents they hold, and China will be able to chart the future of technology development.

China has established five key tactics for achieving their goals to become the next standards leader:

First, they are actively putting forward proposals for international standards.

Second, they are promoting the establishment of new technical committees or subcommittees within international standard-setting organizations.

Third, they have introduced China’s Standards Mutual Recognition Working Procedure to sign more standards cooperation agreements with other countries that wish to do business with China.

Fourth, they are encouraging Chinese institutions and enterprises, particularly giant and advanced enterprises, to participate more actively in international standard-setting organizations. Huawei, for example, is a leader in 5G patents and standards adoption globally.

And fifth, China is listing their domestic standards as preconditions when making contracts and carrying out China’s foreign aid programs.

Standard setting and the Digital Silk Road is very much an economic project, more so than a geopolitical move.

But with the number of partner countries involved in the BRI, China’s moves in digital standards are having impacts globally, which shift the balance of power from Western tech giants.

I encourage you to read my paper, which goes into much more detail on many key aspects of China’s standards and the Digital Silk Road.

The Digital Silk Road and China’s Influence on Standard Setting 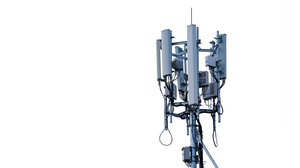 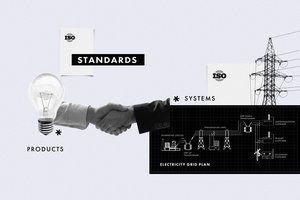 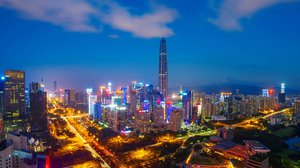