Since the 1960s, UN members have worked together to create a framework of treaties, agreements and accords that set the rules for space exploration. Because space law is made up of several different agreements, it can be difficult to understand exactly how it works. In this video, legal scholar Timiebi Aganaba-Jeanty outlines the evolution of space law, from the space race era to current commercial space flight missions. Despite space law progress, commercial resource exploitation is still vaguely defined. The private sector is on the verge of making mining activities a reality, which could spark the creation of an entirely new economic sector. The international community must come together to create improved legal frameworks and ensure that space resource exploitation benefits all of humankind equitably.

Outer space is not the lawless, ungoverned frontier you may think it is. In fact, there is a framework of agreements, treaties and principles developed at the United Nations during the 1960s and ’70s — when the United States and the Soviet Union were in a race to demonstrate their superiority — that establish the basis for the bilateral arrangement that is now international space law.

While commercialization of the space domain is not new, in recent years, the United States and NASA have led the push to enable new types of innovative commercial space activities and deep space exploration.

But let’s begin with the basics: how does international space law work as part of a global space governance system?

Though there are limits to the analogy, think of outer space as international waters: no nation owns or has claim to space or planets, but any nation may send spacecraft into outer space. Like a boat, the craft and crew follow the laws of their origin state.

The key part of international space law comes from the 1967 Outer Space Treaty that states that “the exploration and use of outer space…shall be carried out for the benefit and in the interests of all countries…and shall be the province of all mankind.”

There are also treaties that cover rescue response, liability in the event of damage, a registry for all objects launched into outer space, and a controversial agreement about the Moon and other celestial bodies.

The Outer Space Treaty also establishes that activities in space shall be for peaceful purposes and that no weapons of mass destruction can go into space.

In addition to the outer space treaties negotiated at the United Nations, other international laws and non-binding principles — both of a public and private nature — national space laws, regulations and policies also apply to space activities. Despite this, there is one area that is vaguely defined: commercial resource exploitation. We are now at a point where the private sector is capable of exploring space and at the brink of extracting resources for profit. This was never addressed back in the ’60s and ’70s but was conceived during the negotiation of the Moon Agreement.

In order to further develop the space industry, the United States adopted the Commercial Space Launch Competitiveness Act in 2015, which, among other things, allows for US citizens to engage in commercial resource extraction activities, meaning that while you cannot claim ownership of the planet or asteroid, you can own, transport and sell the resource extracted from it.

Some argue that this breaks international law, but other nations are beginning to create similar domestic laws of their own to ensure that they are not at a competitive disadvantage.

The need for international agreements for space resource extraction are being discussed at the United Nations and between individual states, and other innovative forums are proposed such as the G20.

Right now, the United States is moving forward with its Artemis program to return to the Moon, and companies like SpaceX, Blue Origin and Virgin continue to set milestones in their corporate ambitions.

International space law making is at a crossroads: to ensure space doesn’t become the next setting of a Wild West gold rush, the international community must decide if it should come together to create legal frameworks that both enable and keep in check the space industry and the states that support them, while protecting natural resources and ensuring its exploitation will be for the benefit and in the interests of all humankind. 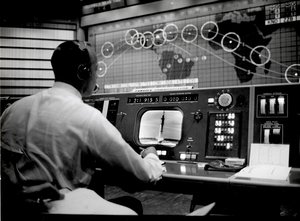 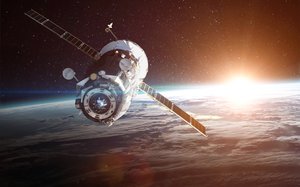 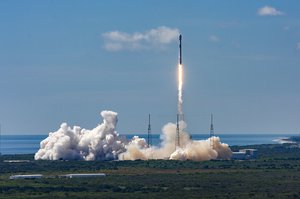