On March 14, 2016, the International Law Research Program of the Centre for International Governance Innovation held a round table discussion dedicated to regulation of distributed ledger technologies. The emergence of distributed ledger technologies as the next significant advancement in computing has prompted institutions in the public and private sectors to consider how their services and technological infrastructure are going to be impacted in the near future. While the Canadian financial sector is moving to exploit the technology’s potential to add efficiency to transaction-clearing processes, Canadian regulators and government agencies are grappling with questions concerning the legal treatment of cryptocurrencies and other implementations of distributed ledgers. Driving many of these developments are Canadian entrepreneurs at the forefront of the technology, who are concerned about preserving an ecosystem conducive to continued innovation yet enthusiastic about displacing the players by whom that ecosystem has so far been defined.

The purpose of this round table event was, therefore, to engage key experts and stakeholders in a discussion about interactions between players in the distributed ledger technology space and to identify opportunities for Canada and its regulators to ensure the country’s continued leadership in this realm. The event was comprised of five panel sessions, with the first aimed at providing a comprehensive overview of both technical and legal developments in the area. The second and third sessions homed in on distributed ledger innovations within and outside of traditional markets. Finally, the event concluded with two sessions devoted primarily to the path ahead for regulators of domains affected by distributed ledger technologies. 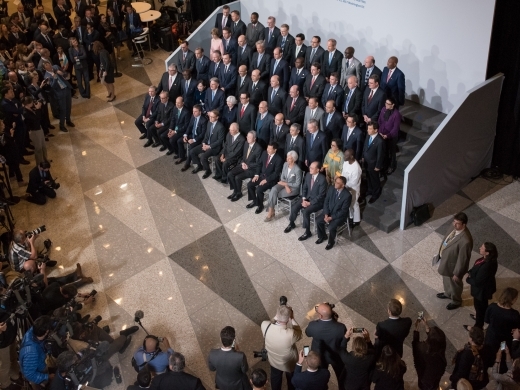