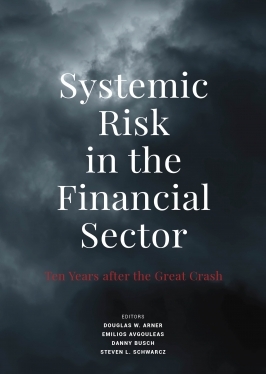 Systemic Risk in the Financial Sector: Ten Years after the Great Crash draws on some of the world's leading experts on financial stability and regulation to examine and critique the progress made since 2008 in addressing systemic risk. The book covers topics such as central banks and macroprudential policies; fintech; regulators' perspectives from the United States and the European Union; the logistical and incentive challenges that impede standardization and collection; clearing houses and systemic risk; optimal resolution and bail-in tools; and bank leverage, welfare and regulation.

Drawing on experts across disciplines — including Howell Jackson, John Geanakoplos, Charles Goodhart, Anat Admati, Donato Masciandaro, Roberta Romano and Martin Hellwig — Systemic Risk in the Financial Sector is the definitive guide to understanding the global financial crisis, the safeguards being put into place to try to avoid similar crises in the future, and the limitations of those safeguards.

Tackling Systemic Risk for Banks and Countries: Perspectives from the United States and Europe
Ron Feldman and Paul Hiebert

Activities Are Not Enough! Why Non-bank SIFI Designations Are Essential to Prevent Systemic Risk
Jeremy C. Kress, Patricia A. McCoy and Daniel Schwarcz

Toward a Better Bail-in Tool: Observations from a European Perspective
Tobias H. Tröger