An aerial view of arrays of solar panels installed around the mountains and on the rooftops of buildings in Zhoutian town in China's Jiangxi province on June 16, 2019. (Reuters/Zhu haipeng)

The world as we know it is at risk from climate change. It is unclear whether that risk poses a threat to the continuation of the human species (as some claim) or is a catastrophe that can be managed by humans. What is known is that despite increasingly available and reliable evidence of risk to our planet, human societies have shown a remarkable reluctance to take steps to address climate change. Some of this reluctance may be related to the overwhelming nature of the task: the special report of the Intergovernmental Panel on Climate Change (IPCC), Global Warming of 1.5°, viewed by many as a conservative report about the rapidity of climate change and its consequences, suggests that present-day societies need to change profoundly. As the report summarizes it, “rapid and far-reaching transitions in energy, land, urban and infrastructure (including transports and buildings), and industrial systems” will be required.

Such transitions face resistance from vested interests in today’s economies. The fossil fuel industry is the clearest example; major corporate players, often emphasizing their green credentials, continue to seek and plan for new projects. And governments allegedly supporting climate transformation continue to subsidize these players and provide both permitting and infrastructure. In Canada, a pipeline that will allow for the expansion of production from the oil sands and was opposed by many environmental activists was purchased by the federal government to limit the uncertainty regarding future expansion. A different example of conflicting tensions arose in 2019 in Brazil during the wildfires in the rainforest. It is alleged that government desire to encourage development in the Amazon contributed to the fires.

But this conflict between climate action and economic interest applies more broadly to choices that citizens face. People employed in sectors at risk from a low-carbon transition may also resist change that could affect their future work or lifestyles. For others, inaction occurs simply because the tasks of transformation are daunting — how do we change our way of life, our food supply, the kind of transportation we use? What do we do about cooling or heating our homes, and can we still fly for holidays? In Canada and the United States, polls have shown that citizens increasingly have accepted that climate change is real. Indeed, in Canada, climate change was an election issue in 2019, and the current Liberal minority government is seen to have received a climate mandate. In the United States, notwithstanding the position of the current Republican administration, climate has become an election issue for those seeking the Democratic presidential nomination.

Despite increasingly available and reliable evidence of risk to our planet, human societies have shown a remarkable reluctance to take steps to address climate change.

When industrial and societal transformation is needed but challenging, one approach that we can all embrace is that of “clean technology.” Definitions vary, but in general it encompasses any process, product or service that reduces negative environmental impacts compared to existing technologies. Clearly renewable energy technologies, such as solar and wind, would be top of the list in processes and products that mitigate greenhouse gases (GHGs) by reducing reliance on traditional fossil fuels. Other renewables that have lower GHG emissions than traditional energy sources include biofuels and thermal heat. However, new, cleaner energy sources may also have some unwanted impacts. For example, using arable land for biofuel production may affect food security. More low-key approaches that can result in significant reductions in emissions include promoting “climate-friendly products and services.” For example, in Canada, a resource-based economy, consideration is being given to clean technology that can lower carbon emissions from traditional mining and processes that use oil and gas — such as carbon capture and storage.

The clean technology sector, according to Statistics Canada, comprises three percent of Canada’s GDP. A May 2019 report published by Clean Energy Canada noted the rapid growth of the renewable energy sector. In particular, the report cites growth rates of 4.8 percent per year and estimates that 298,000 people are employed in the sector. Further, a study for the United States, based on 2013–2016 data, estimated that four percent of its work force and seven percent of annual GDP was generated by the “green economy,” broadly defined. The global market for clean technology is also growing. Estimates vary, but one study by BloombergNEF and the Frankfurt School’s United Nations Environment Programme Centre puts global investment for clean energy in the past decade (2010–2019) at US$2.6 trillion.

The Canadian government has made supporting clean technology one of the pillars of its 2016 Pan-Canadian Framework on Clean Growth and Climate Change, its plan for meeting Canada’s climate commitments. The framework’s approach cuts across government, involving 16 departments and agencies. It also provides various forms of funding and other programs through its Clean Growth Hub. More recently, in the November 2019 election, the Liberals made several promises related to their climate action plan, including a specific promise regarding clean technology companies to  cut the corporate tax rates. Thus, it seems that the policy approach in Canada will remain favourable to clean technology approaches. 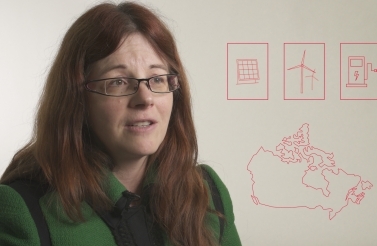 Domestic and international law can also affect clean technology. Domestic environmental regulation tends to focus on preventing pollution — that is, emissions and discharges from industrial processes and toxic chemicals — and on conservation measures to protect nature. In Canada, the Canadian Environmental Protection Act regulates toxic substances and pollution. Its provisions on fuel and engines will drive transportation technology. Last year, British Columbia enacted legislation requiring that by 2040 all new cars and light-duty trucks be zero-emission vehicles (ZEVs). Quebec has legislation incentivizing automakers’ building and selling of ZEV models. Similar laws can be found in several American states, most notably California. In Europe, a number of countries have announced bans on the sale of fossil fuel cars to take effect by 2040. An example of the possible scope of legislation is the Ontario Green Energy and Green Economy Act, 2009, which was intended to expand renewable energy production, foster energy conservation and create jobs. However, that law did not survive longer than a decade, having been repealed on January 1, 2019, after a successful World Trade Organization challenge, wherein parts of the law were found to be inconsistent with international trade law.  Japan and the EU challenged the use of subsidies and the requirement for local content. The Appellate Body of the WTO made a determination that the local content requirement was contrary to trade rules. And, of course, tax law incentives can also accelerate the development of clean technology. In addition, internationally recognized standards cover areas that touch on clean technology — for example, the International Organization for Standardization’s many standards in respect of environmental efficiencies, or the IPCC’s methodology for measuring GHGs — and, while they are not legally binding in themselves, may have a considerable impact in shaping technology.

At the international level, both the United Nations Framework Convention on Climate Change (UNFCCC) and the Paris Agreement deal with the issue of clean technology, albeit with fairly general provisions. Developing and transferring technologies to support national action on climate change has been an important element in the climate change regime. Article 4.1 of the UNFCCC requires parties to promote and cooperate in the development, application and transfer of technologies that reduce GHGs. Also, under article 4.5, the UNFCCC urges developed country parties to take all practicable steps to promote, facilitate and finance the transfer of, or access to, climate technologies to other parties. This language led to the establishment of the Climate Technology Centre and Network, which works to advance the development and transfer of climate technologies at the request of developing countries.

The Paris Agreement also contains provisions that deal, either tangentially or more directly, with technology issues. Article 4 of the Paris Agreement reiterates general support for developing country parties, including in the area of technology, recognizing that enhanced support for developing country parties will allow for higher ambition in their actions. Article 10 more specifically deals with the need for all parties to promote and cooperate in the development and transfer of technologies that reduce emissions of GHGs. It also urges developed country parties to take all practicable steps to promote, facilitate and finance the transfer of, or access to, climate technologies to other parties. Article 10 calls for a technology framework to advance work on technology development and transfer, which would supplement the existing technology mechanism that was established under the UNFCCC. Article 11 requires parties to strengthen capacity building in developing countries, including technology development, dissemination and deployment.

Clean technology, while necessary, is not in itself sufficient; it is a potential tool to assist in stabilizing climate, but it must be accompanied by the political will to transform the existing fossil fuel economy.

Technology deployment presents a number of international legal challenges, specifically, how to transfer technology while being respectful of intellectual property rights and supporting clean technology. Fortunately, some solutions are being developed, including patent pools and licensing agreements. Methods for protecting clean tech financial support amid global trade challenges have yet to be developed, although innovative solutions such as climate waivers have been put forward as a possible approach.

The allure of clean technology is its promise of continuing growth and development even in the context of the need for carbon emissions reductions. Achieving the 1.5° or 2°C goal is particularly challenging given global population growth and the need to expand energy production to provide sustainable energy throughout the world. These factors will likely result in an increase in demand for energy use and an increase in economic activity. But, given the Paris Agreement goals of limiting global temperature increase and achieving net-zero emissions in the second half of the century, and the warning from the IPCC special report regarding the urgency of action, growth must be economically, environmentally and socially sustainable. Clean technology has tremendous potential as a tool to advance the low-carbon transition and other areas of environmental protection and offers significant economic opportunities. Domestic and international legal instruments favouring clean technology need to be implemented and others must be developed. But clean technology, while necessary, is not in itself sufficient; it is a potential tool to assist in stabilizing climate, but it must be accompanied by the political will to transform the existing fossil fuel economy.