For the handful of Canadians who worked on international economic and financial issues two decades ago, 2020 has special significance.

Twenty years ago, the global economy was recovering from the Asian financial crisis. In a matter of weeks, the global economy was buffeted by severe financial turbulence as country after country suffered from massive currency depreciation, steep interest rate increases intended to stabilize currency markets, widespread bankruptcies, and collapsing output and employment.

The Asian financial crisis also showed that globalization is a doubled-edged sword. On the one hand, opening up an economy to trade and foreign investment can generate important benefits through access to global markets and capital flows. But that openness may constrain the scope for policy to target domestic objectives, on the other hand. And if globalization is pursued without first establishing strong policy frameworks and the institutions needed for well-functioning markets, dire consequences could result, as they did 20 years ago.

In the wake of the crisis, Paul Martin, then Canada’s finance minister, undertook to ensure that small countries could reap the benefits of globalization, while minimizing the risks that come with integration. He understood that, as a small open economy subject to trade instability and dependent on access to global markets, Canada has a direct stake in the health of the global economy. That truth explains Canada’s embrace of the “rules of the game” for international trade and finance established at the Bretton Woods conference.

In the wake of the crisis, Paul Martin, then Canada’s finance minister, undertook to ensure that small countries could reap the benefits of globalization, while minimizing the risks that come with integration.

Martin realized that the Asian financial crisis threatened the rules-based trading system and the institutions of international cooperation established under Bretton Woods. However imperfectly, that system supported a decades-long process of economic growth and development.

But the system was susceptible to shocks. Countries side-swiped by the Asian crisis, responding to domestic political pressures to defend against global forces, might opt out of the cooperative outcome. This occurred in the 1930s when, faced with global economic stagnation, countries adopted beggar-thy-neighbour policies in an ill-fated attempt to protect domestic employment by resorting to trade barriers and capital controls. The result was a global economy fragmented into competing preferential trading arrangements.

Following the Asian financial crisis, Martin sought to strengthen the system of international cooperation to ensure that the benefits of globalization could be reaped, while limiting the potential costs of greater integration. The goal was to make globalization “work,” so that workers — as well as the owners of capital — benefited. This had been the underlying objective of the original Bretton Woods system and was the rationale for the International Monetary Fund (IMF), which provided its members with short-term credits to ease adjustment to various shocks. Meanwhile, a commitment to full employment — essential to supporting rising wages — was a key element of Bretton Woods.

Over time, however, the IMF’s ability to help its members achieve a felicitous balance between financing and adjustment was eroded as global capital flows grew in importance. As a result, policy instruments aimed at maintaining full employment were increasingly focused on preserving financial stability in the wake of capital outflows that led to currency crashes. In many cases, capital flight reflected weak or inconsistent policy choices and the premature opening of the economy to foreign capital before the necessary institutions and legal frameworks were in place. In the first instance, therefore, assisting countries in accessing the benefits of globalization required measures to contain the destructive effects of sudden capital outflows.

Under Martin’s leadership, Canada led efforts to identify the sound policy frameworks and strong institutions needed to support successful integration. These efforts were supported by a call for a “roadmap” for capital account liberalization, which tied the removal of capital controls to the development of these frameworks and institutions.

Beyond that, Canadian officials pushed for measures to facilitate the timely, orderly structuring of sovereign debt. The first step was the introduction of collective action clauses (CACs). These clauses lower the threshold for consent required to change the payment terms of a bond from unanimity to a majority of bondholders. The apotheosis of these efforts was a Sovereign Debt Restructuring Mechanism (SDRM) proposed by then IMF Deputy Managing Director Anna Krueger. In effect, the approach aimed at “completing” Bretton Woods by providing institutional and legal frameworks for dealing with massive private capital flows that dwarfed the resources of the IMF and the official sector more broadly.

At the same time, Martin recognized that, while the rules of the game established at Bretton Woods were the product of a remarkable collaboration between the United States and United Kingdom, ably assisted by Canada “punching above its weight,” those rules were enforced by the post-war hegemony of the United States. Martin realized that outcome was unsustainable. Indeed, the inexorable rise of China, whose economy today rivals that of the United States, was already evident two decades ago.

The concern then was that, as China’s economic importance grew, geopolitical tensions between the two countries could threaten the rules-based system that had facilitated global growth and development. To avert that outcome, Martin worked with the US treasury secretary and his deputy, Lawrence Summers, on a forum for discussing the international rules of the game. The forum would need to include rising economic powers, not just the Group of Seven (G7), so the Group of Twenty (G20) was created. 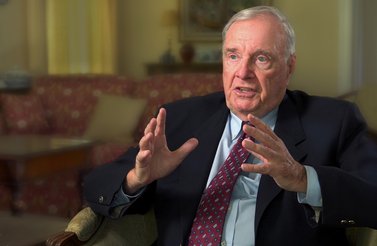 Martin’s agenda aimed to establish global governance arrangements so that by 2020, when China had become an undisputed economic superpower, the rules of the game would be firmly in place and, importantly, have wide buy-in. This prerequisite reflected the fact that sovereign governments will not be bound by rules in which they have no input. The effectiveness of the system, it was decided, hinged on the representativeness of its governance arrangements.

The prescience of that decision was made clear in fall 2008, when panicked responses to the US bank failures spread through global financial markets. Meeting in Washington, G20 members adopted a series of crisis responses previously identified by the G7. In this respect, while the US Federal Reserve and other central banks restored calm to financial markets, the coordinated fiscal response by G20 countries supported demand in economies suffering from a loss of private consumption and investment. Moreover, by agreeing to halt protectionist measures, the G20 avoided repeating the mistakes made in response to the Great Depression of the 1930s.

While the events of 2008 and 2009 may mark the high point of international cooperation, the decade since the global financial crisis has seen a fraying of international cooperation. The Trump administration has hamstrung the World Trade Organization Appellate Body and indiscriminately imposed tariffs in an ill-conceived attempt to secure more favourable terms for the United States. Tariffs imposed on China have been met with retaliatory measures, putting the global economy at risk of a trade war and propagating uncertainty that has suppressed investment.

First, it bears noting that for the past two decades, successive Canadian governments have maintained sound policy frameworks and have supported strong institutions, notably the Bank of Canada. These measures insulated Canada from the worst effects of the global financial crisis. Moreover, lifelong training policies to assist workers who lost jobs as a result of trade shocks, and educational savings plans that keep higher education accessible, together with transfers to Canada’s provincially run public health-care systems, have allowed Canadians from all walks of life to benefit from globalization, while limiting the risks from openness.

Martin’s agenda aimed to establish global governance arrangements so that by 2020, when China had become an undisputed economic superpower, the rules of the game would be firmly in place and, importantly, have wide buy-in.

In contrast, the United States’ social policies have not kept pace with the changes needed to ensure that the benefits of globalization are shared. The result is a steady increase in inequality and discontent, which was amplified by the anaemic recovery from the crisis 10 years ago. That discontent is reflected in the Trump administration’s political populism and economic nationalism.

Second, important progress was achieved in completing Bretton Woods. Although some regarded proposals for capital account liberalization as economic heresy, the IMF and other global institutions now have a far more nuanced view, which explicitly recognizes the need to condition liberalization with institutional and legal development.

Efforts to improve sovereign debt restructuring through the adoption of CACs and the SDRM, meanwhile, were viewed as an attack on the sanctity of contracts. However, following Canada’s leadership and Mexico’s bold decision to include them shortly afterwards, CACs now constitute the legal “boilerplate” of most foreign currency bonds issued by sovereign borrowers in global capital markets. The SDRM proposal, which would have created key elements of an international bankruptcy regime, languishes unfinished. And as Argentina’s latest debt default illustrates, the issue of sovereign debt restructuring remains.

Finally, any assessment of Martin’s 2020 agenda should include a prognosis of what lies ahead for global cooperation on the rules of the game. Over the past three years, the rise of authoritarian governments around the globe and rejection of the rules-based order make it easy to despair. The longer the status quo continues, the greater the risks to the global economy. Yet, hope remains that the foundations of cooperation laid after the Asian financial crisis will withstand these stresses. If that is the case, Paul Martin’s legacy will survive 2020 and well into the future. 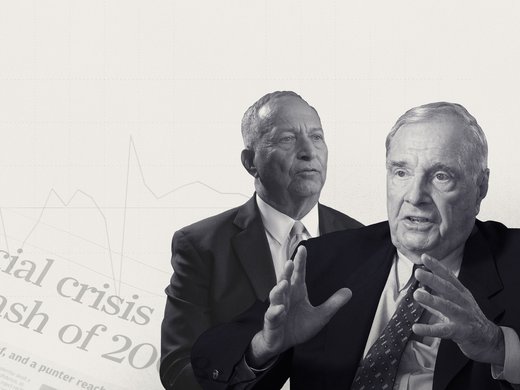 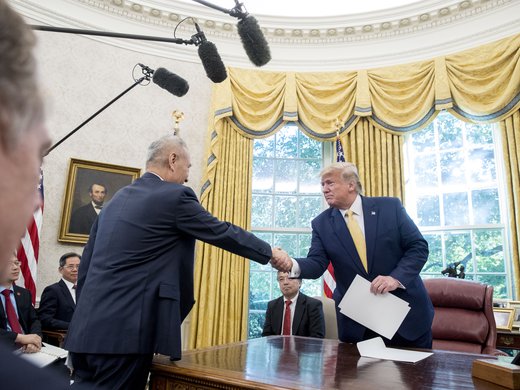 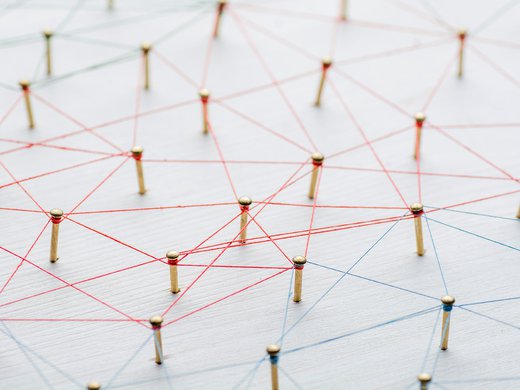