Canada is not alone in taking steps to rein in big tech; worldwide, governments have commissions reviewing platforms’ operations.

On April 5, the Liberal government introduced the Online News Act. The act’s main aim is to redress the dominant market power that Google and Facebook have amassed by building an online advertising system around third-party content, including news, and people’s online activities.

Canada is not alone in taking steps to rein in big tech; worldwide, governments have commissions reviewing platforms’ operations (efforts my colleague Manuel Puppis and I are tallying). Canada’s bill is modelled on the News Media and Digital Platforms Mandatory Bargaining Code adopted in Australia last year. Public inquiries and regulators in Australia, France, Germany, the United Kingdom and the United States, at the European Commission and elsewhere, have all concluded that Google and Facebook have monopoly power: the long-term ability to set the prices and terms of trade in the online advertising marketplace.

Those inquiries have also found that the online advertising system is inscrutable to businesses and internet users alike, coursing with dirty and unreliable data, at odds with European and UK data and privacy protection laws, and free of democratic regulatory oversight.

This is the reality to which the Online News Act, ostensibly, responds. Other governments are taking similar steps.

In an ideal world, the Online News Act could help give news media outlets a bigger cut of online advertising dollars and help improve the terms of trade on which they, and journalism itself, depend for their survival. It could also enable a clearer view of the black-box technical systems underpinning the online advertising marketplace, a step toward repairing the “broken internet” — one that a small number of international internet giants have appropriated and remade in their image. Done right, digital platform regulation could be a good thing. Here are some of the highlights of what the Online News Act could do well, followed by a list of the ugly parts of the bill.

One, the Online News Act does not impose a link tax on Google and Facebook for linking to news. While France and Spain, for example, have pursued this option, the link tax is a bad idea because it relies on untenable and undesirable changes to copyright law, strikes at a basic technical building block of the internet (hyperlinks), and rests on the faulty premise that one can attach a clear price to the news. This latter idea has never been possible, which is why we are struggling to find a viable framework for supporting journalism in the first place.

Second, the bill contains a powerful set of tools to strike at the heart of dominant market and gatekeeping power, drawn from over a century of antitrust and telecoms regulation history: measures that prohibit Google and Facebook from giving one news provider undue preference over another (or to unjustly discriminate between different services) and a code of conduct that is tantamount to a “fair carriage” regime for all news media services made available over the platforms.

Third, unlike the Australian model, which gives a government minister the power to designate which digital platforms will be covered, the Online News Act gives the Canadian Radio-television and Telecommunications Commission (CRTC) the power to make the call. This provision shields against direct political interference by the minister in charge (currently Heritage Minister Pablo Rodriguez).

In Australia, Google and Facebook have avoided being designated under the country’s new code altogether by striking voluntary, multi-year deals with the three biggest commercial media conglomerates, one of the country’s two public service media outlets (ABC, the Australian Broadcasting Corporation), and some smaller regional and local news sources.

The problem, however, is that nobody knows anything about these deals because the Australian code does not apply to voluntary deals. Did Rupert Murdoch’s media empire (News Corp/Sky) and the country’s two other biggest media groups — Seven West Media and Fairfax Media-Nine — do better than one another or ABC or any of the smaller media groups? How much of the money agreed on will be used to hire journalists, expand newsrooms and support international news bureaus, versus padding corporate profits? Who knows!

In contrast, the drafters of the Online News Act have wisely made sure that even voluntary deals struck between platforms and news publishers/broadcasters will be subject to review to ensure they are fair and support original journalism versus lining investors’ pockets.

Fifth, that review process is a key part of another of the bill’s potential strengths: its information disclosure and audit requirements. The premise is simple: effective regulation hinges on knowing about the entities to be regulated. That Google, Facebook, Amazon, Netflix and Apple have not to date been subject to such minimal requirements speaks volumes about how much power they have obtained without any real public responsibilities. The Online News Act would help fix that. Further, the idea that, at a bare minimum, regulated companies are obliged to disclose information to regulators has been a part of the regulatory tradition in Canada since the creation of the Board of Railway Commissioners in 1903.

In the context of the Online News Act, and just like in Australia, domestic news media companies don’t want strong privacy and data protection rules for that very reason. Instead, they want a bigger slice of the big data pie.

So, if there’s all this good stuff in the Online News Act, why should we still put a stake through its heart?

For one thing, rather than trying to counteract the source of Google and Facebook’s market dominance and gatekeeping power, the Online News Act tries to leverage their market dominance for public policy ends: saving journalism. In so doing, if adopted, the act ties the future of journalism to a steady flow of money from Google and Facebook, thereby increasing the dependence of journalism on both firms. And, although it is modelled on the Australian code, it fails to include one of the best parts of that act’s early drafts: a requirement that the US tech giants give news outlets advance notice of big changes that could upend the outlets’ operations.

Second, the Online News Act mechanics are all about transferring dollars from Google and Facebook to news media operating in Canada via corporatist bargaining arrangements and provide no seat at the table for rivals, advertisers, experts, academics or anybody else to articulate the “public’s interests.” In contrast, the public has had a seat in CRTC telecoms and broadcasting proceedings since 1976! Freezing the public out is a profound act of depoliticizing platform regulation and is anti-democratic.

Third, the Online News Act does not dig down to the taproots of Google and Facebook’s dominance: namely, control of the online advertising system, cross-market consolidation of activities across digital markets, and business models driven by the unlimited harvesting of personal information. The last of these points reveals a major reason why Canada has such weak privacy and data protection laws: the big international digital platforms and domestic communications and media firms such as BCE, Rogers, Postmedia, Quebecor, Shaw and Telus are all joined at the hip in wanting to expand their intensive harvesting of people’s data.

In the context of the Online News Act, and just like in Australia, domestic news media companies don’t want strong privacy and data protection rules for that very reason. Instead, they want a bigger slice of the big data pie. The Trudeau government is helping to give them what they want with this bill.

Fourth, while the crisis of journalism that the Online News Act tries to solve is real, the bill is built on a severe misdiagnosis of the problems we face and on incessant pleading by Canadian media groups, think tanks and lobbyists, as well as by the platforms themselves. The journalism crisis is the culmination of events that occurred years before Google or Facebook’s consolidation of dominance in the past 10 years:

While casting Google and Facebook as the main villains in the piece might make for a good story, it does not reflect a holistic view of the problems and is misleading. The idea that the Online News Act will solve these problems is wishful thinking.

Fifth, the Online News Act also anticipates a role for the CRTC as a kind of super-regulator. However, the CRTC has proven itself ill-equipped in handling its existing mandate, especially under its current leadership. Further, while the bill is said to be about redressing market power imbalances, the CRTC has been extremely timid about tackling such issues in telecoms and broadcasting. Its approval in March of Rogers’ blockbuster bid to acquire Shaw’s broadcasting assets — the sixth-largest acquisition in Canadian history — is just the latest example of this. For it to now turn the screws on Google and Facebook would be seen as anomalous, even unjust. This is especially so given that a Rogers-Shaw merger, if approved by the Competition Bureau and Innovation, Science and Economic Development Canada, would create Canada’s largest communications and media conglomerate, with revenues that would be more than three times those of Google and Facebook’s revenues from Canada, combined.

Finally, while the CRTC’s newfound powers to review deals made under the Online News Act, compel information disclosure and conduct annual audits would be improvements on the Australian model, those measures are vague, with the details punted to the CRTC itself to work out. In both cases, too much undeserved trust is being placed in the CRTC, and issues are moving out of the public spotlight and Parliament into the bowels of an agency with a spotty track record on these matters.

In sum, while the Online News Act has been wrapped in noble cloth, from conception to now, it stands as a massive missed opportunity. Instead of being a model to embrace, it offers valuable lessons on how not to regulate digital platforms and internet-based services. Time to go back to the drawing board.

Dwayne Winseck is a professor at the School of Journalism and Communication and the director of the Canadian Media Concentration Research Project. 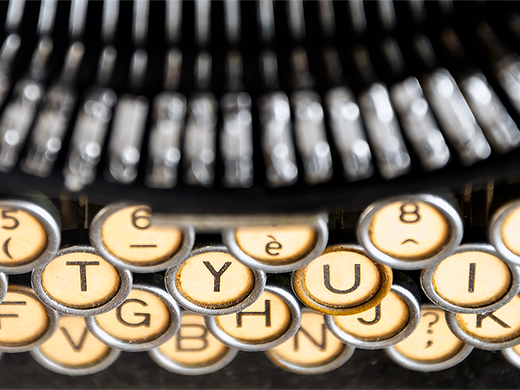 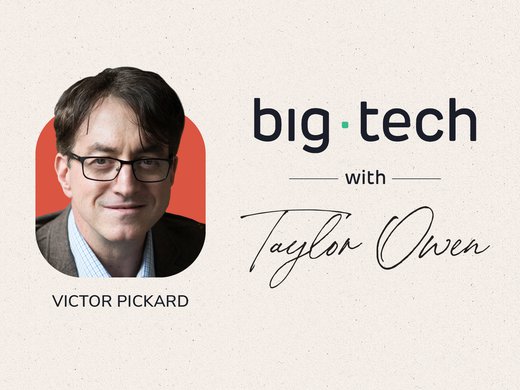 Victor Pickard on the Future of Journalism 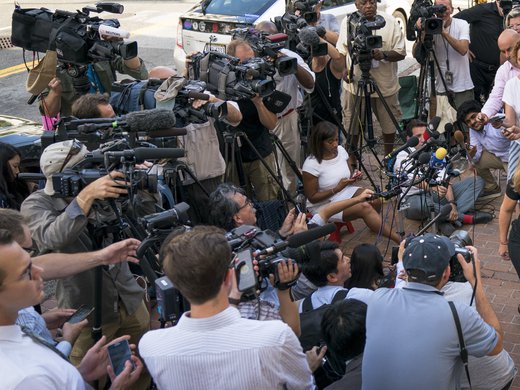