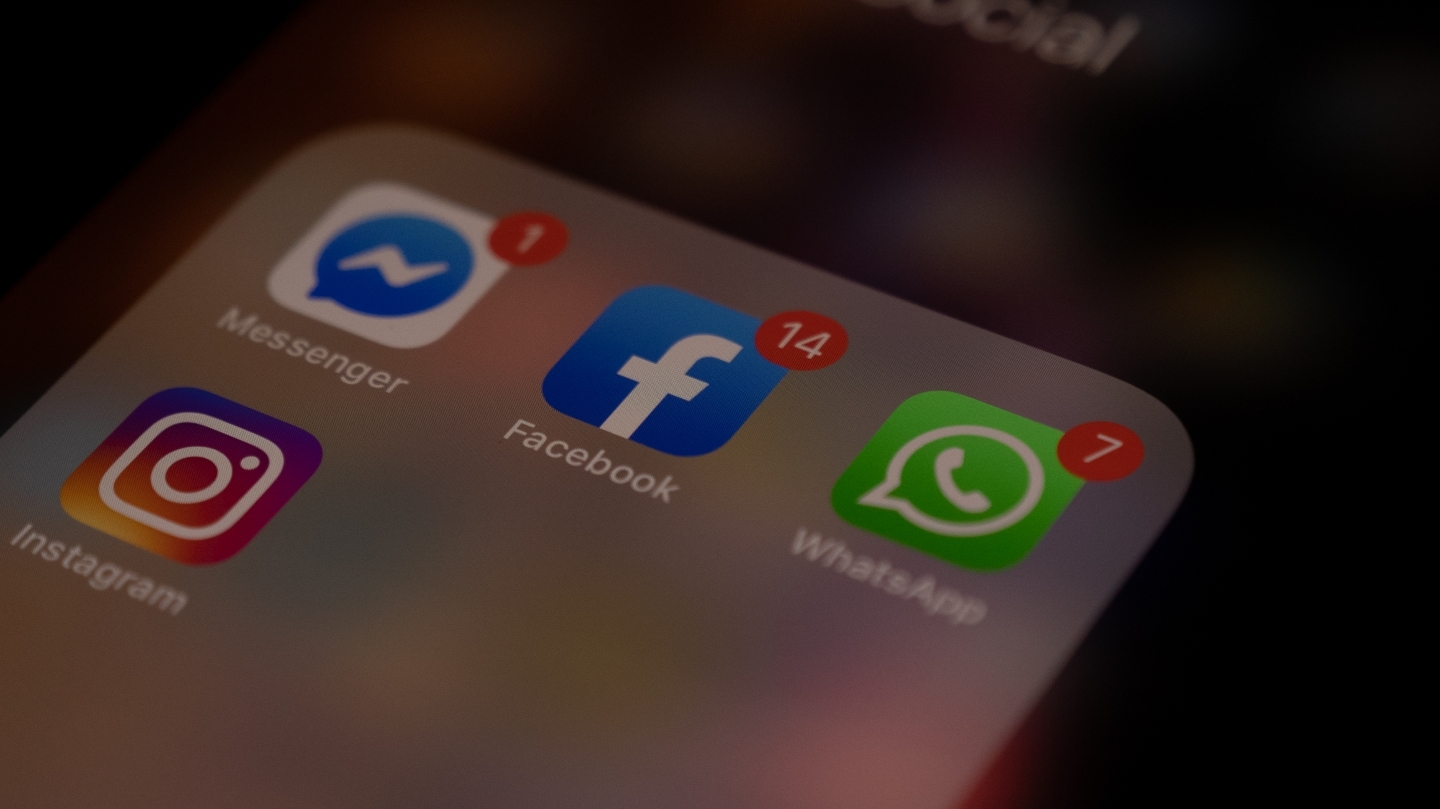 This July, executives from Facebook, Google, Amazon and Apple are scheduled to testify at a hotly anticipated antitrust hearing before the US House Judiciary Committee. (Shutterstock)

Last week, US President Donald Trump exclaimed in an interview with Fox News that “a lot of people” want his administration to “take action” against big tech companies like Facebook, Twitter and Amazon.

His comments are the latest in a series of suggestions that the Trump administration might be leaning toward tougher enforcement when it comes to big tech firms and antitrust laws. These companies have no shortage of critics, who have concerns about Facebook’s impact on democracy, following Russian disinformation campaigns, and even worries about their impact on locally produced journalism (the subject of a recent hearing). Amazon and Google also have vocal opponents worried about the effect of big tech on competition in a wide variety of sectors.

Last October, the Federal Trade Commission (FTC) held a series of hearings on competition and consumer protection, including one focused on a major concern held by critics: big tech company acquisitions of nascent and potential competitors in the digital economy. In June, reports emerged that enforcement agencies had launched investigations to determine whether big tech companies are violating antitrust laws, with the FTC focusing on Amazon and Facebook and the Department of Justice (DOJ) examining Google’s parent company, Alphabet, and Apple. 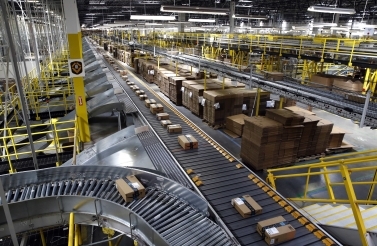 And it’s not just the Trump administration — some key Democratic presidential candidates have emerged as vocal critics of large tech firms. Massachusetts Senator Elizabeth Warren, for example, has a plan that seeks to break up companies like Amazon, Google, Apple and Facebook.

Lawmakers on Capitol Hill are scheduling hearings and investigations of their own on the dominance of tech giants, which are expected to provide the basis of a report to Congress recommending legislative actions and updates to antitrust rules. Look for figurative fireworks on the issue next week — executives from Facebook, Google, Amazon and Apple are scheduled to testify at a hotly anticipated antitrust hearing before the US House Judiciary Committee.

Is a Big Breakup on the Horizon?

Considering all the regulatory and legislative activity, a casual observer might believe that a breakup of big technology companies is imminent, following in the footsteps of the US government’s landmark dismantling of AT&T in 1984 and the DOJ’s momentous antitrust charges against Microsoft in 1998.

However, most policy experts don’t believe big breakup action will happen any time soon. Sally Hubbard, director of enforcement strategy at the Open Markets Institute, an advocacy organization focused on corporate concentration issues, suggested that any DOJ investigation of big tech will likely take years to conduct, with recommendations emerging after the 2020 elections.

“Career antitrust enforcers are doing the investigation, so it is possible that, depending on what is uncovered, we could see tough enforcement if we have a change in administration,” Hubbard said in an interview.

And don’t expect lawmakers to approve legislation targeting big tech in the short term. On Capitol Hill, Representative David Cicilline, a Democrat from Rhode Island and chair of the House Judiciary Subcommittee on Regulatory Reform, Commercial and Antitrust Law, expects to have a report on the issue, which will include recommendations, completed by the end of 2020.

A key concern among critics: big tech companies routinely acquire smaller businesses that they believe pose a competitive threat, to fortify their power. Hindsight shows that many of the acquired businesses (think Instagram, WhatsApp, YouTube) would have later grown into serious competitors.

Even so, regulator onlookers don’t envision real efforts to block big tech acquisitions. In April, Makan Delrahim, assistant attorney general of the DOJ’s antitrust division, suggested in an interview that it was possible to legislate an outright prohibition on big tech company acquisition of small rivals, but that it wouldn’t be “smart to do that.” He added that the DOJ can’t just block this kind of acquisition without first finding that it was an anticompetitive deal.

Opponents of big tech acquisitions agree that legislation would be necessary to flat out prohibit large companies from making any acquisitions. Nonetheless, a so-called “potential competition doctrine” antitrust enforcement strategy has had mixed success in recent years, challenging big firm acquisitions of nascent rivals. In a 2015 FTC settlement, drug giant Mylan agreed to divest seven generic drugs as a condition of its ultimately unsuccessful $34 billion bid to buy Perrigo. Hubbard contends that the FTC required the divestitures due to concerns about potential competition, a strategy that she argues could be employed to block big tech acquisitions of small nascent rivals. For example, the United Kingdom’s top antitrust regulator, the Competition and Markets Authority, earlier this month required Amazon to put its investment in the parent company of food delivery service Deliveroo on hold.

Agencies have power to block monopoly conduct — in particular, to prohibit discrimination and platform privilege, which is a technique critics argue Google and Amazon employ to prioritize their own products over competitors’. The European Union fined Google €2.4 billion following claims that the company manipulated shopping search results, among other complaints. In a similar vein, critics, among them New York University professor Scott Galloway, who raised the issue in an article, contend that Amazon’s virtual assistant, Alexa, prioritized Amazon-brand batteries — at a significant cost to rivals Energizer and Duracell.

“[Big tech] can decide which companies exist and won’t exist,” Hubbard said. “Amazon likes to prioritize its own private-label products as well as products it sells directly. I’ve had third-party sellers tell me that they liquidate their inventory when they find out that Amazon starts selling the same product they are selling.”

Hubbard argues that self-prioritization, the favouring of their own private-label products by big tech, is fundamentally at odds with the spirit of entrepreneurship and capitalism.

“If Amazon finds that a particular product is selling well on its platform, it can create its own product, and that version goes to the top of the search results,” she said. “American capitalism is based on the idea that competition makes firms better. When monopolies don’t have competition, they don’t innovate as much.”

A key issue is that Silicon Valley isn’t, generally speaking, producing the kinds of companies that compete with big technology firms. Most new entrants are instead actively seeking to be acquired by larger companies. Google, for example, in June acquired Looker, an analytics start-up, for $2.6 billion.

Hubbard contends that entrepreneurs with ideas to create rival social media platforms, for example, won’t get funding from venture capitalists. “Any investor knows that the big tech companies can bury you,” she said. “If I have a great idea for a social media network, with features that aren’t polarizing, and maybe doesn’t track you, that is great for consumers and democracy, I’m not going to get funded.”

An Alternative to Legislation?

A smaller-scale response, but one that would still upend the fundamental antitrust regime that has existed for decades, is possible. One emerging theory is known by some as “hipster antitrust.” It urges regulators to look at the size and impact that large corporations have on society and competition before deciding whether a big technology company is, in fact, acting like a monopoly and should be broken up, or whether it should be prohibited from making acquisitions. The approach would make it easier for regulators to challenge a big tech company’s purchases of smaller rivals even if the transactions don’t raise traditional consumer welfare antitrust concerns.

Critics of big tech argue that regulators could be doing a lot more under existing laws, looking at harms beyond price effects, to challenge big tech deals. Hubbard notes that the landmark 1998 antitrust charges against Microsoft weren’t about price effects but rather about how the software giant was blocking out internet browser competition in favour of its own Internet Explorer, using monopoly power in operating systems.

However, she argues that judicial decisions in recent years have constrained antitrust laws, to focus antitrust challenges almost exclusively on mergers that influence prices. As such, so-called “single firm conduct,” not involving a merger but perhaps involving predatory pricing, is more difficult to enforce because it is harder to prove in court.

Legislation on Capitol Hill isn’t necessary for antitrust regulators to challenge big tech. However, it could change the playing field and encourage agencies to take action in some tougher-to-win situations, Hubbard added. For example, lawmakers could seek to void some important court decisions that have hampered antitrust regulators in recent years.

Finally, is there a will in Washington to break up big tech? Observers contend that an Elizabeth Warren administration would be the most willing to force big tech divestitures, perhaps creating a number of smaller companies, such as Instagram, WhatsApp, Facebook, Messenger, Maps, Search, YouTube and Gmail.

Next week’s Senate Judiciary Committee hearing could offer up a guidepost of sorts. The hearing will provide yet another opportunity for members of Congress to air the various grievances they have with big tech. However, for now and in the near future, don’t expect much to change dramatically.