A new book by a British journalist reminds us once again about the realities of espionage abroad.

A slow-burning debate about Canadian spying has been reignited by a British journalist’s new book, not yet arrived on these shores — and it puts us in John le Carré territory.

Richard Kerbaj’s The Secret History of the Five Eyes has breathed new life into a story from 2015 with ugly dimensions. It features an alleged agent for the Canadian Security Intelligence Service (CSIS), Mohammed Al Rasheed, who is now in a Turkish jail facing charges that he smuggled recruits for the Islamic State. The book claims that Mr. Al Rasheed helped traffic three British teenage girls to join Islamic State extremists in northern Syria seven years ago. Two of them are now believed to be dead, but Shamima Begum is now languishing in a Kurdish prison camp and asking to go home to the United Kingdom. CSIS apparently asked the London Metropolitan Police’s counterterrorism unit to keep Canada out of the investigation.

Most political leaders, when confronted by an explosive spy story such as this one, take refuge in a standard line about not commenting on intelligence matters. Not Canada’s Prime Minister Justin Trudeau, however. He neither confirmed nor denied the allegations about CSIS involvement, but instead bravely offered during a news conference that intelligence services have to be creative while following rules, respect ethical norms while essentially breaking laws, and be subject to rigorous review, after the fact. And, he hinted, this case might need to be looked at again just to make sure we did the right thing.

But ultimately, the story reminds us once again that Canadians need to become wiser about the realities of espionage abroad, and why and how Canada should be in the spy game.

We don’t have a dedicated foreign intelligence service like Britain’s MI6 or the US Central Intelligence Agency. But we have talked about having one since the end of the Second World War, when the famous “Man Called Intrepid” — Canadian entrepreneur-turned-spymaster Sir William Stephenson — offered to run one. The talk has never led anywhere, although there was an uptick of interest after the attacks of September 11, 2001. Instead, CSIS — born and bred as a domestic spy agency — has been thrust into that world. The CSIS Act, which governs the agency, offers an inscrutable distinction between security intelligence, which the Service (the shorthand CSIS prefers) can conduct anywhere on the globe, and foreign intelligence, which the Service can only conduct within Canada. Moreover, CSIS — which was born in scandal back in the Cold War days, when allegations emerged that the Royal Canadian Mounted Police was doing illegal activities — may only conduct intelligence operations when they are “strictly necessary.” Whatever that means.

The necessity of espionage for Canada should not be hard to grasp. That was true when Mr. Al Rasheed’s story broke in 2015, when red-hot attention was focused on foreign fighters, including Canadians, streaming to join the Islamic State’s so-called caliphate. It is even more true today, when the security environment has turned even more broadly menacing, with the war in Ukraine, geopolitical tensions threatening new great-power conflicts, espionage on a grand scale, cyberthreats, foreign interference, data theft and economic pillage, climate change effects, the scourge of the COVID-19 pandemic and other pandemics to come. We also face direct threats to our democratic system from internet-born and -propagated conspiracy theories, xenophobia and hate. As a former national security and intelligence adviser to the prime minister put it in a rare speech in 2021, “the case for intelligence has never been stronger.”

The only question for Canada is not whether to spy, but how best to do it. Running a spy service out of the back pocket of CSIS is not the answer, especially since other opportunities abound. We should start by building a much greater capacity for “open-source” intelligence, which badly underperformed against the so-called “freedom convoy” earlier this year. We could do more spying from space; spy satellites come in bite-sized cubes these days, and launch costs are low. We must continue to ensure vital communications intelligence and cyber-defence capabilities, which is currently the work of the Communications Security Establishment. Officers with Global Affairs could be redeployed to collect political and economic intelligence; while we are collecting more, we also need more intelligence analysis. And the world of private sector Canadian innovation could be tapped for intelligence applications, including artificial intelligence, machine learning, data mining and quantum computing.

There will always be a place for spies — for human agents doing clandestine intelligence gathering on the ground. Canada needs to finally grasp this and create a foreign intelligence service. But mostly, we need to get serious. 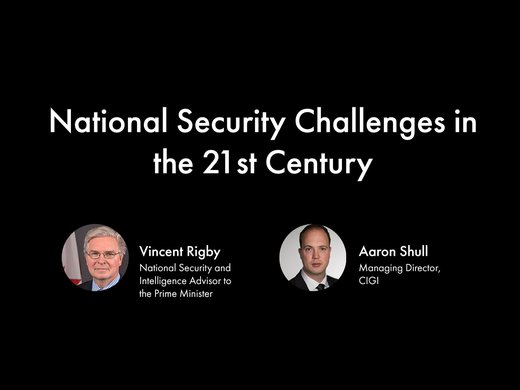 National Security Challenges in the Twenty-First Century: A Discussion with Vincent Rigby 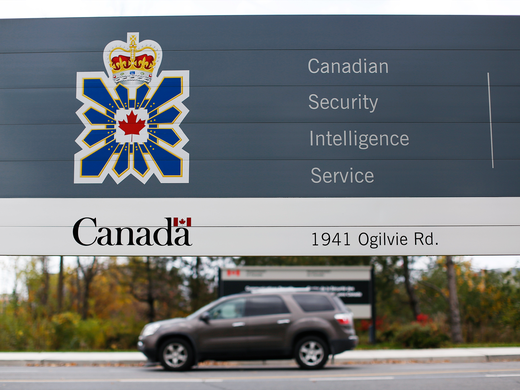