Is Canada Really Moving beyond Its Colonial Past?

Justin Trudeau’s government has made a number of policy decisions which would refocus Crown-Indigenous relations. Joshua Nichols and Rob Hamilton place these changes in the context of the last 150 — if not 250 — years of Canadian history 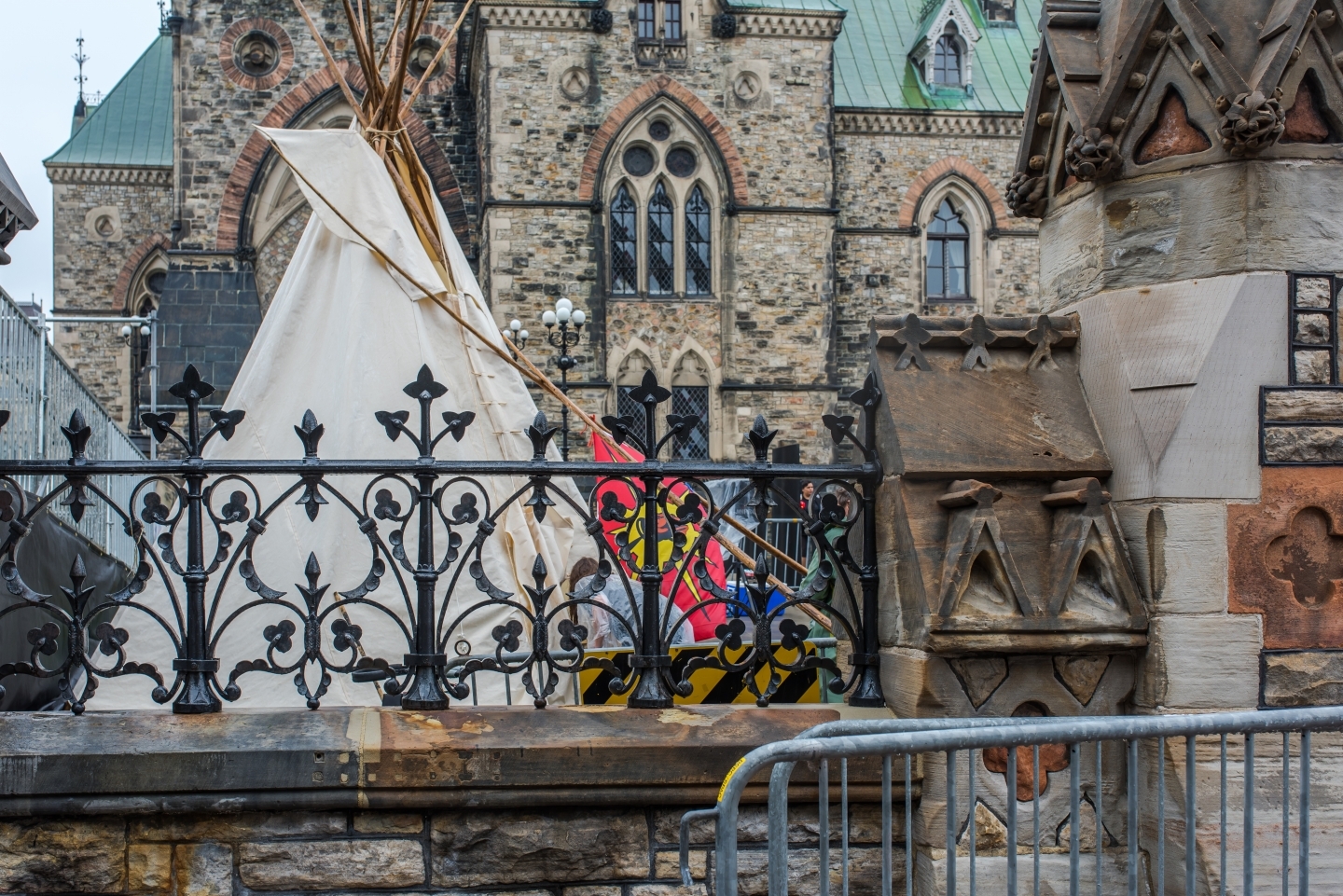 Canada’s federal government has recently made a number of significant policy changes relating to its relationship with Indigenous peoples.

These changes include the decision to support the United Nations Declaration on the Rights of Indigenous Peoples (UNDRIP), without reservations, and to pursue its implementation; the recent release of 10 guiding Principles Respecting the Government of Canada’s Relationship with Indigenous Peoples (Principles); and, most recently, the announcement that Indigenous and Northern Affairs Canada (INAC) will be dissolved and replaced with two new departments.

These developments represent a significant move toward what the government has termed a “nation-to-nation” relationship. But to understand their meaning more precisely, these changes must be placed in the context of the last 150 years of policy in Canada — if not the last 250 years, as the Indigenous/Crown relationship extends far beyond Confederation.

The government has framed the most recent change — the dissolution of the legacy Indigenous affairs department and the appointment of a minister of Crown-Indigenous Relations and a minister of Indigenous Services — as a move beyond “existing colonial structures.”

To this end, Crown-Indigenous Relations will focus on nation-to-nation relationships and Indigenous self-determination. It will also take up current INAC responsibilities of negotiating comprehensive land claims and managing the backlog of cases at the Specific Claims Tribunal.

Indigenous Services will deal with the provision of services managed until now by the old department, including welfare, education, housing, and child and family services. It is not yet clear what these changes portend. More details will have to emerge and new legislation arrive in the spring before the specific roles and responsibilities of the new departments are known.

But one immediate question in the short term is whether having these issues dealt with under two departments rather than one will make any tangible difference. This more general question leads to a number of specific ones. For instance, will comprehensive land claims be resolved in a timelier manner? Will the backlog at the Specific Claims Tribunal be addressed? Will the provision of services or boil-water advisories be dealt with more effectively? In other words, will dealing with the existing business under two departments rather than one ensure better performance? Perhaps there could be some gain simply by dividing up the workload on an extremely complicated file between ministers, although some people have worried that it might in fact create more difficulties by requiring more coordination between departments, create a contest over funding, and so forth. While these questions are undoubtedly important, they are also in a sense tertiary to the broader issues at stake in the government’s move.

The longer-term question is whether this rearrangement portends a meaningful restructuring of the relationship between Indigenous peoples and the government. The current Canadian government under Justin Trudeau has been quite explicit in its support for Indigenous self-determination and a nation-to-nation, government-to-government framework. If the federal government is taken at its word on this, and if this rearrangement is seen as one among a constellation of changes aimed at recognizing greater self-determination, it could be a very positive change. The first of the recently released Principles is a recognition of the rights of self-determination and self-government. It states that “this opening Principle affirms the priority of recognition in renewed nation-to-nation, government-to-government, and Inuit-Crown relationships” and that

Canada’s constitutional and legal order recognizes the reality that Indigenous peoples’ ancestors owned and governed the lands which now constitute Canada prior to the Crown’s assertion of sovereignty. All of Canada’s relationships with Indigenous peoples are based on recognition of this fact and supported by the recognition of Indigenous title and rights, as well as the negotiation and implementation of pre-Confederation, historic, and modern treaties.

It is the mutual responsibility of all governments to shift their relationships and arrangements with Indigenous peoples so that they are based on recognition and respect for the right to self-determination, including the inherent right of self-government for Indigenous nations....

Explicitly grounding this approach in the recommendations of the Royal Commission on Aboriginal Peoples and UNDRIP acknowledges that structural changes are needed if the substantive norms articulated in the report by the Royal Commission, the earlier Penner Report, the recent Final Report of the Truth and Reconciliation Commission of Canada — including its Calls to Action — and UNDRIP are going to be given effect.

The government has clearly articulated a set of substantive norms which would refocus Crown-Indigenous relations, moving away from a unilateral model of colonial governance and renewing the model of treaty federalism upon which Canada was built. In many ways, what is at issue are two very different readings of s.91(24) of the British North America Act, 1867, under which “Indians, and Lands Reserved for the Indians” were made subjects of federal jurisdiction. A narrow interpretation of this provision as meaning a power over Indigenous peoples led to the Indian Act and the vast administrative structure that administers it. This can be called the sovereign-to-subjects version of s. 91(24). The ultimate basis for Crown sovereignty in this version is the doctrine of discovery, which was rejected by the International Court of Justice in its advisory opinion in the Western Sahara case in 1975.

A competing interpretation would say that the power delegated to the federal government from the imperial parliament under s. 91(24) was not a power over Indigenous peoples, but a responsibility to manage the relationships with Indigenous peoples. Much as relations with Indigenous nations were a matter for the imperial government rather than the colonial governments, it was to be the federal government, not the provinces, that had this responsibility. The basis of legitimacy in this case is consent and thus fits with existing international norms. This can be called the nation-to-nation version of s. 91(24). This would significantly change the existing interpretive framework for s. 35(1) as it has been built on the sovereign-to-subjects version of s. 91(24), which allows the Crown to unilaterally infringe on Aboriginal rights and title via a procedural justification test. Under the nation-to-nation version of s. 91(24), the rights of Indigenous peoples would be constitutional and not subject to infringement. One way of thinking about the nature of this transition is to consider the distinction between Canada’s municipalities and provinces. Under the sovereign-to-subjects model, Indigenous peoples are analogous to a municipality with a limited degree of constitutional plating, whereas under the nation-to-nation model they would be more analogous to the strict constitutional lines of jurisdiction of the provinces.

This transition may strike some observers of Canada as shocking, but it is precisely the model that the Penner Report advocated in 1983 and what was originally outlined in the Royal Proclamation of 1763, and accepted by many First Nations in central Canada in the 1764 Treaty of Niagara. It also fits with the modern international norms relating to Indigenous peoples (such as self-determination and free, prior and informed consent) as embodied by international conventions and declarations including the Indigenous and Tribal Peoples Convention, 1989 from the International Labour Organization and UNDRIP. It should also be noted here that the fourth of the Principles sets out a kind of road map for this transition. It says that “the Government of Canada recognizes that Indigenous self-government is part of Canada’s evolving system of cooperative federalism and distinct orders of government.” While there isn’t a clear picture of what the new system of cooperative federalism will look like, some of the steps to move that way are provided: “Nation-to-nation, government-to-government, and Inuit-Crown relationships, including treaty relationships, therefore include: (a) developing mechanisms and designing processes which recognize that Indigenous peoples are foundational to Canada’s constitutional framework; (b) involving Indigenous peoples in the effective decision-making and governance of our shared home; (c) putting in place effective mechanisms to support the transition away from colonial systems of administration and governance, including, where it currently applies, governance and administration under the Indian Act; and (d) ensuring, based on recognition of rights, the space for the operation of Indigenous jurisdictions and laws.” It seems that the move to dissolve the current department is implicated in (a) and (c) above.

Moving away from the Indian Act is going to be a long and challenging process. It is, as James Tully has argued, “a vast administrative dictatorship” that touches countless aspects of Indigenous lives. But, if this move is more than symbolic, if the government is taken at its word that it is a step toward implementing the substantive norms articulated in documents such as UNDRIP, then it could be a very important move toward nation-to-nation relationships and an inclusive form of federalism in which Indigenous nations are partners rather than wards of the state.

While it is true that the importance of the proposed dissolution of the current department and its replacement with these two new ministries will depend to a large extent on what’s to come, it is a change that should be seen within the context of a series of recent changes in federal policy as Canada marks the 150th anniversary of Confederation.

Recent policy changes in Canada seem to indicate that the government is taking steps to move away from the archaic nineteenth-century sovereign-to-subjects model by adopting current international norms. This shift was recommended by the Truth and Reconciliation Commission of Canada in 2015 in both the final report and the Calls to Action and has, at least potentially, begun to take shape after the federal government endorsed UNDRIP in 2016 without reservation and moved toward implementation. It can also be seen in the recently announced guiding Principles, which directly recognize that “all relations with Indigenous peoples need to be based on the recognition and implementation of their right to self-determination, including the inherent right of self-government” and that Indigenous self-government is “part of Canada’s evolving system of cooperative federalism and distinct orders of government.” This affirmation supports a distinct move away from the sovereign-to-subject model of the relationship (and the doctrine of discovery that ultimately grounded it) and toward a view that the treaties between Indigenous nations and the Crown establish a nation-to-nation relationship of cooperative federalism. 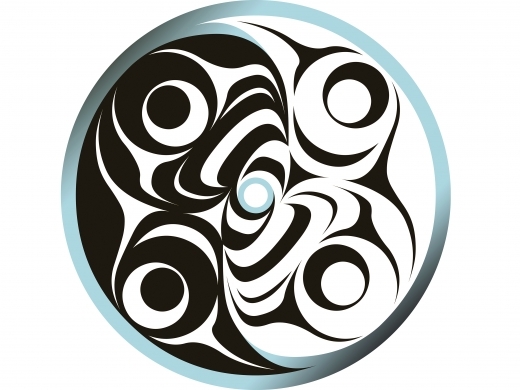