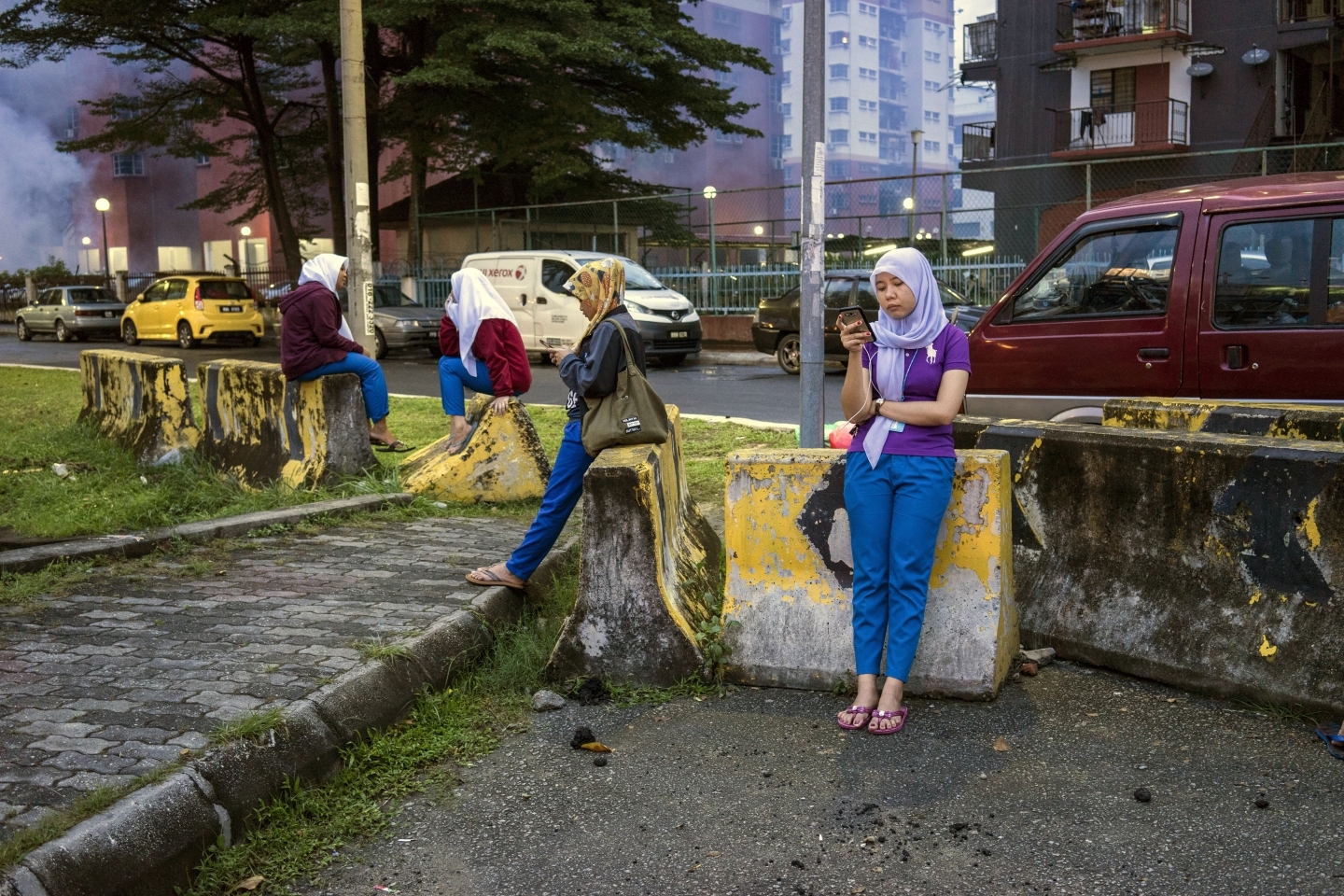 Most of the women migrant workers in the Petaling Jaya neighbourhood are employed at one of several factories in the area producing electronic products. (UN Women/Staton Winter)

For many, the advent of digital trade — and the accompanying technologies spurred by the internet and e-commerce — promise new opportunities for women to increase their participation in global trade and boost their financial independence. The digitization of goods and services, combined with online supply, affords more — and more lucrative — work options for women, especially in cultures where their options have been traditionally confined to domestic and menial jobs. Some tangible gains are already becoming evident: women-led businesses now generate 35 percent of online revenue compared to 15 percent of offline retail revenue, and Uber attracts a higher female employment rate (15 percent) than the traditional taxi industry (eight percent) in the United States. In addition, predictions suggest that if internet access were enabled for 150 million women, their contribution to the annual GDP of 144 developing countries would be around US$13–18 billion.

Despite this auspicious picture, there is a real threat that digital trade will only further the digital gender divide, defined as “the gender differences in resources and capabilities to access and effectively utilise [information and communications technology (ICT)] within and between countries, regions, sectors and socio-economic groups.” Currently, a substantial digital gender divide exists at the global level, although its manifestations differ across countries and regions. For instance, the proportion of women using the internet is 12 percent lower than men, a gap that widens to 33 percent in least developed countries. In low- and middle-income countries, women are, on average, 10 percent less likely to own a mobile phone and 26 percent less likely to use mobile internet than men. In developed countries, women are 20 percent less likely than men to hold a senior leadership position in the ICT industry. 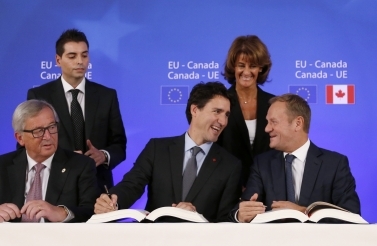 Recommended
When It Comes to Gender Analysis, Modern Trade Agreements Are Lacking

Closing the digital gender divide is paramount if digital trade is to be inclusive. But this can only happen if some of the root causes of that divide are addressed. The literature identifies the following root causes:

International trade rules and negotiations can begin to address each of these issues.

Regarding the first root cause (limited access to the internet and digital technologies by women), structural inequalities across several countries, specifically income inequalities, render internet access and digital technologies less affordable for women than for men. On average, women earn considerably less than men worldwide in almost every occupation, creating a persistent gender wage gap. One way to address this wage gap through trade rules is by incorporating labour provisions in trade agreements. Many regional trade agreements (RTAs) involving Canada, Chile and the United States already have such provisions, which are aimed at encouraging equal remuneration and non-discriminatory treatment. Some have been successful. For instance, the inclusion of labour standards in the US-Cambodia Bilateral Textile Agreement (1999–2004) is associated with a significant reduction in the gender wage gap in Cambodia’s textiles industry.

Women also face negative cultural perceptions that are only exacerbated through online behaviours such as trolling, stalking and sexual intimidation. Some of these behaviours can be addressed through the incorporation and enforcement of cyber-security provisions within trade agreements. Provisions regarding consumer protection, personal information protection and unsolicited electronic messages feature prominently in most RTAs with standalone e-commerce chapters. Thus, insight can be drawn from such RTAs in ongoing e-commerce plurilateral negotiations taking place at the World Trade Organization (WTO) that seek to address these online behaviours. Internet access can also be limited in countries where there is inadequate digital infrastructure. Here, capacity-building provisions that promote digital activities must be incorporated into trade agreements. In North-South RTAs, developed countries may be able to offer technical and financial assistance to developing countries, while at the multilateral level, the WTO-led Aid for Trade initiative offers this type of assistance to least developed and developing countries.

Having women in leadership roles in negotiation processes — especially as they relate to tech companies and e-commerce-related negotiations — could greatly assist in raising awareness of gender-related issues in the digital era.

The digital gender divide is also rooted in the low technological literacy rates among women. Women not only use the internet and digital technologies less than men but they also perform less complicated tasks when they do go online. Some of this discrepancy is undoubtedly attributable to literacy and gender gaps in science, technology, engineering and mathematics (STEM) fields, which are representative of a broader gap in the education system in general. In some regions, access to education by women and girls is difficult, resulting in a substandard female adult literacy rate (77 percent) compared to men (87 percent). STEM fields also remain male-dominated due to stereotypes, resulting in a significantly lower proportion of women pursuing studies in these areas.

While provisions dealing with education are not typically included in trade agreements, there is some precedent for including “cooperation provisions,” which tackle challenges identified as worthwhile by trading partners. Through such provisions, digital training and capacity-building programs aimed at women can be included within e-commerce chapters. New institutional frameworks such as digital trade task forces charged with monitoring and improving technological literacy rates among women can also be considered. Additionally, initiatives funded by international trade agencies such as the WTO and the International Trade Centre can support domestic education projects at the primary to adult levels. Precedents have been set by the Ghanaian Tech Needs Girls project and the Caribbean Girls Hack – 2019 Hackathon and Interactive Tech Expo, both developed to encourage young women to pursue STEM studies.

A final root cause identified in the literature relates to the limited visibility of women in decision-making roles in the tech industry. To truly empower women, they “must also be as involved in the design, development and production of such technologies, as much as men.” However, women are outnumbered by men at every level in the technology sector, especially at the top where they account for only 21 percent of technology executives. Similarly, even within e-commerce trade negotiations, women are largely invisible, especially in lead negotiator roles. Having women in leadership roles in negotiation processes — especially as they relate to tech companies and e-commerce-related negotiations — could greatly assist in raising awareness of gender-related issues in the digital era. Thus, inserting performance requirements in investment and trade agreements offers two potential solutions: establishing a minimum threshold for the employment of women in senior positions and promoting women to lead e-commerce negotiations.

Recognizing the potential that digital trade holds for the economic empowerment of women is a step in the right direction. However, unless the digital gender divide is addressed, benefits accruing from digital trade will be unequally distributed to the disadvantage of women. To ensure that gender inequalities are not further exacerbated by advances in digital trade, a holistic approach that addresses the root causes of the digital gender divide must be embedded in ongoing trade discussions.