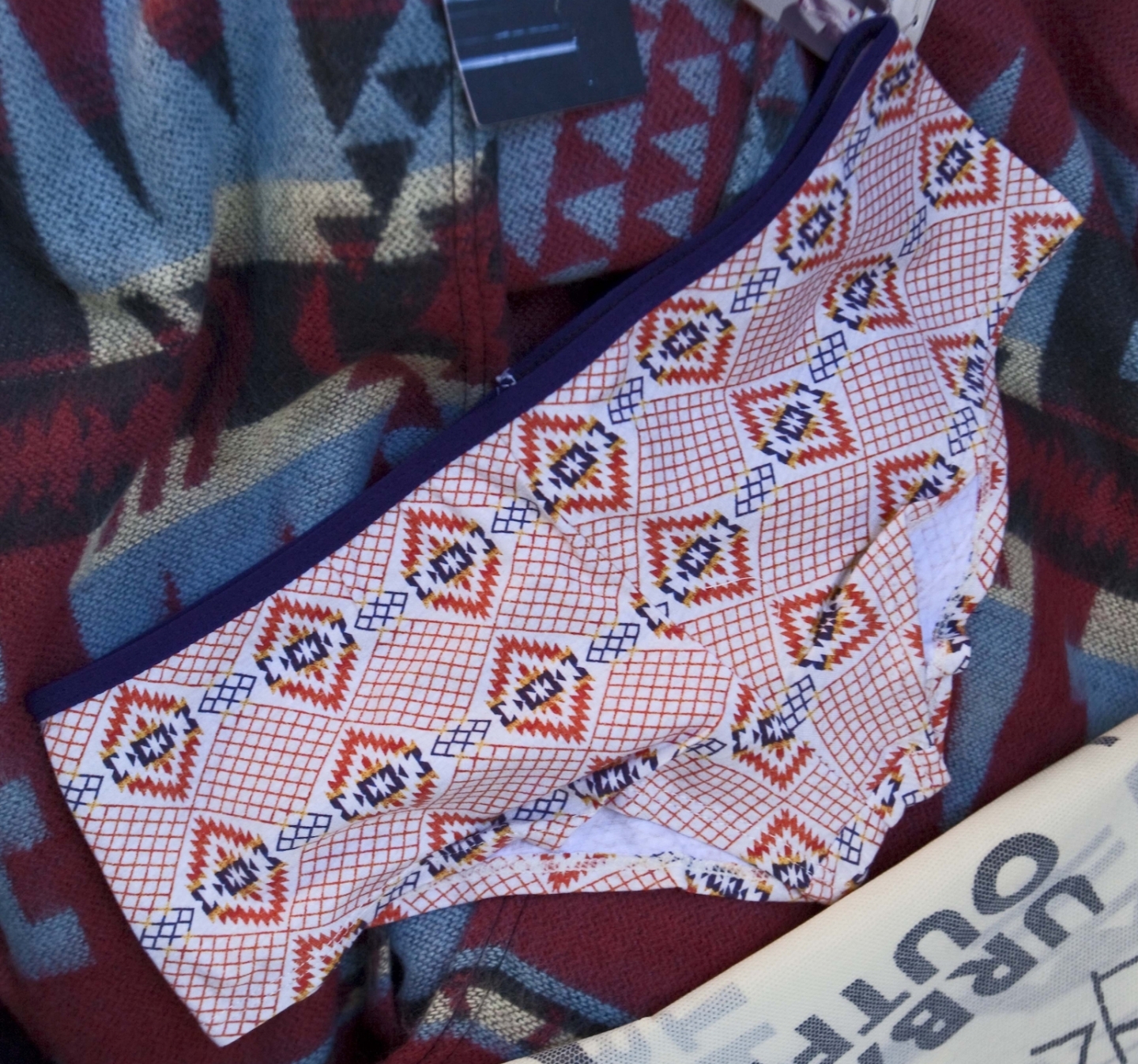 Gucci, Dior, Valentino, Carolina Herrera, DSquared — countless top fashion labels have been in hot water over claims of cultural appropriation. Not a day goes by that news outlets don’t report on yet another example. But, despite the outrage and the backlash, high-profile brands and public figures continue to make headlines and cause deep harm to Indigenous cultures. Why is this?

Part of the answer is that clear rules prohibiting the harmful exploitation of Indigenous designs simply don’t exist. As a result, designers are in the dark about what’s acceptable and what’s not when borrowing from Indigenous cultures. Yes, policy-makers should implement effective laws, but the fashion industry and consumers can also trailblaze a way out of the maze of cultural appropriation.

It’s fairly common for fashion designers to take stylistic inspiration from a variety of sources. Could you imagine living in a world where designers had to stay inside the lines of their own culture? What a lacklustre world that would be. Cross-cultural influences are nothing new and they enrich our world, but there’s a boundary of respectfulness that needs to be set.

When British label KTZ ripped off an Inuit shaman’s parka design in 2015, the controversial sweater retailed for $925 CDN. That’s a lot of money for a sweater, but the problem is not just economic injustice. You see, misusing traditional designs has moral, social, cultural and spiritual ramifications.

This is because traditional designs and symbols don’t serve a purely aesthetic function — they have meaning and failure to appreciate that is hurtful for those who have struggled to ensure their culture’s survival over generations. Picture a model donning an Indigenous feathered headdress and not much else. Inconceivable? Tell that to Victoria’s Secret.

Since there’s no legal definition the term cultural appropriation has been so overused that it’s hard for anyone to say for sure if something is culturally appropriated or not. To help make that determination, there are four things to consider and question: is the design used outside of its traditional context; is there a power imbalance; was there any involvement, acknowledgment or permission asked of the source culture; did it cause social, economic or cultural harm?

But how would the average consumer know all this?

The fashion industry around the world needs to seriously reconsider the way it deals with cultural appropriation by setting a standard. It has to make sure inspiration and borrowing from Indigenous cultures take place in a fair and respectful manner. It has to send out a clear message that disrespectful knock-offs cause harm.

This about this for a moment: Bananas can have a fair-trade label, so why can’t clothes have their fair-fashion label? In the meantime, here’s a bit of food for thought for those fashion designers out there: use with respect for the cultural meaning; give credit; use as little as possible; ask for permission by engaging in a genuine conversation; enter into collaborations and share benefits.

As consumers, we can all blow the whistle on cultural appropriation. We can encourage fair fashion and buy authentic clothing, jewelry and accessories from Indigenous designers and Indigenous-approved collaborations.

Worryingly, the law is failing when it comes to protecting traditional cultural designs among other creative expressions from offensive use. Copyright law protects products of creativity, but most traditional forms of creativity — like designs, songs or stories — fall outside of its scope. What happens is that anyone can copy them — no need to ask; no need to pay.

Sure, social media can be a powerful way to draw attention, voice concerns and call out appropriators, yet it falls short of providing any effective solution. Indigenous peoples need to have control over their own culture. Without legal protection, their cultures remain vulnerable to harmful exploitation.

In line with the United Nations Declaration on the Rights of Indigenous Peoples, policy-makers should reform the copyright system to prevent the disrespectful and offensive use of traditional cultural expressions. Copyright law already states that creators must be acknowledged and their works, respected. That protection should be extended to traditional cultural expressions where a sole creator is impossible to track down.