In November 2018, Indigenous leaders, environmental activists, human rights lawyers, academics, advocates and extractive industry participants came together at a conference in Banff, Alberta to discuss the ongoing efforts made by Indigenous communities in Ecuador to hold Chevron accountable for legacy environmental damage emanating from a Chevron-owned oil drilling operation. The discussions provided an opportunity for Indigenous peoples’ own laws to be brought to the foreground in finding solutions to today’s most difficult environmental challenges — and provided inspiration for this essay series, Environmental Challenges on Indigenous Lands.

Traditional Indigenous lands are under ever-increasing pressure from extractive sector corporations and governments eager to encourage economic development and foreign investment; these lands have become the site of violent conflict, environmental degradation and disaster. These conflicts take place against the backdrop of colonialism and a history of dominant societies’ disregard for Indigenous peoples’ own laws, their right to self-determination and other human rights, appropriation of their lands, and destruction of their cultures, ways of life and traditional uses and stewardship of lands. All of this has damaged trust and distorted power and legal relations. Indigenous communities may find themselves dispossessed by governments’ approaches to granting extraction licences, developing major infrastructure projects, and establishing and enforcing environmental processes and protections.

Indigenous communities may be affected by private sector actors using environmentally and socially destructive resource extraction methods, and by transnational corporate governance structures and inadequate legal liability regimes that allow corporate avoidance of responsibility for environmental harms. When governments align with corporate interests, Indigenous communities may find it very difficult to access environmental justice. The UN Special Rapporteur on human rights and hazardous substances and wastes, Baskut Tuncak, noted that “throughout the lifecycle and value chain of economic activity in Canada, indigenous peoples appear to be disproportionately located in close proximity to actual and potential sources of toxic exposure. Indigenous peoples live next to refineries and other manufacturing facilities. Existing and proposed pipelines crisscross their lands. Landfills, incinerators and other waste disposal sites are often closest to their reserves.”

Conflicts arise not just because Indigenous communities wish to protect the natural environment for future generations but also because they seek to assert full agency in shaping their economic and social development. They seek to participate fully in decision-making processes that respect Indigenous peoples’ own laws, right to self-determination, human rights, and responsibilities of environmental and cultural stewardship. The United Nations Declaration on the Rights of Indigenous Peoples (UNDRIP) expresses this in many of its articles, but one provision in particular — article 32 — gets at the core of the concept:

Special Rapporteur Tuncak urged Canada to “acknowledge that decisions, actions and inactions made regarding toxic pollution have deeply wounded its relationship with indigenous peoples and strained their relationship with their land and culture, as well as their environmental rights”; and to “continue efforts to ensure that its legal framework adequately protects indigenous peoples’ rights”; and that “the laws of Canada are fully consistent with UNDRIP.”

In this essay series, contributors discuss what Indigenous peoples’ own laws say about these issues in terms of substantive rights and obligations. A few common threads tie the essays together:

Environmental Challenges on Indigenous Lands explores questions about the relations between extractive sector corporations and Indigenous communities. How does the concept of limited liability of a corporation fit with Indigenous law concepts of self-determination and responsibility? Can the gaps in responsibility that arise through multinational corporate structures be mediated in some way to avoid impunity in the face of environmental disasters? Are there better legal arrangements for managing these extractive sector projects so that corporations are bound continuously to respect and clean up the environment rather than leaving remediation as something to be done when the economically useful life of the project is over? How could such projects be structured to be financially viable and environmentally sustainable? 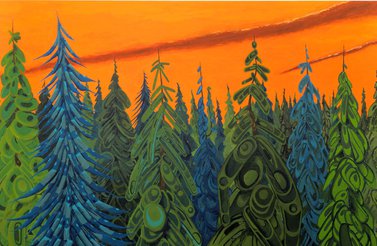 The series also considers how Indigenous peoples’ own laws would deal with procedural rights and obligations and contribute to restoring already damaged natural environments. For example, there is growing awareness of the need to apply both scientific and traditional knowledge approaches to understand and address complex issues with major impact on the natural environment and Indigenous communities and their ways of life. In doing so, it is important also to follow Indigenous processes in understanding a problem, resolving conflict or achieving consensus within the Indigenous community — among Indigenous communities and with settler communities interested in or affected by the issue. There is a need for greater clarity about what processes are appropriate and sufficient for ascertaining when — or if — free, prior and informed consent has been reached. This is complicated by rivalries and divisions fostered by colonial structures of governance that have displaced or undermined Indigenous forms of law, authority and governance.

There is a need to develop appropriate processes for discussion and negotiation between state authorities, the extractive sector corporation and Indigenous peoples about economic and environmental impacts and long-term sustainability. When should these processes be tripartite and when should they be bilateral? Could better conflict resolution processes be developed that accord with international law principles and Indigenous law approaches, and impose responsibilities on corporate participants as a condition for access to Indigenous lands?

Such meshing of legal orders is not simple, given the complex interactions between international, federal, provincial, private and Indigenous law. These could be worked out in individual cases and in a schematic and principled fashion over time, under the umbrella of UNDRIP implementation.

About the artist: Joshua Pawis-Steckley is a painter and illustrator with Ojibwe roots. He was born in Barrie, Ontario, and is a member of Wasauksing First Nation. He gets his creative talents from his family, with both his mother and nokomis being talented quill box makers. He mostly paints in acrylic in the famed woodland style, popularized by Norval Morrisseau and the native group of seven. He was never formally trained in acrylic painting and started practising his craft in his early 20s. He graduated from the graphic design program at Nova Scotia Community College in Halifax (2014) and has a passion for hand-printed artwork. Joshua has had several exhibitions in British Columbia, Ontario and Nova Scotia showing paintings, screen-printed posters and zines.

Kathleen E. Mahoney is a Calgary-based lawyer and has been a professor of law at the University of Calgary for over 35 years.