There are many ways nêhiyaw peoples (Plains Cree peoples) use stories; they nourish, teach and sustain us. Our stories also constitute us. They teach us about our original relationships with âskiy (land) and nipiy (water). They cause us to consider our connection and obligations to peoples and non-human beings outside our immediate relations. Our stories are also rigorous and pliable.

Consider the challenge of law to address the corporation’s responsibility in present-day environmental degradations and disasters. While it may be opaque to some, I argue the nêhiyaw narratives that teach us about our wahkotowin obligations — the laws that govern our relations — can be applied to corporations. For example, take the story of Buffalo Child Stone. In various versions of this narrative, we are told of a boy who one day is lost by his kokom (grandmother) on the prairies. Before his searching family can find him, he is discovered by the buffalo people. They understand the boy’s vulnerable state and decide to take pity on him and raise him as their own. Thus, the boy comes to live among a large herd of buffalo.

The nêhiyaw narratives that teach us about our wahkotowin obligations — the laws that govern our relations — can be applied to corporations.

The boy experiences several hunts over the years. Seeing these hunts from the perspective of the buffalo, his anger toward humans grows so much that he begins to express it outwardly. In response, an older buffalo reveals his nêhiyaw origins to the boy. He also soothes the boy’s anger by explaining the law between nêhiyaw and buffalo people: in exchange for the nourishment and shelter the buffalo peoples provide to the nêhiyawak, they receive gifts, humane treatment and ceremonial relationships in return. Further, the nêhiyawak oblige to take only the buffalo lives necessary for their survival. The elder buffalo teaches the human boy laws to ensure miyo wicehtowin (good relations) between humans and the buffalo peoples.

While this is only a small part of the story, one can begin to see how Buffalo Child Stone is a rich resource for nêhiyaw peoples. In their 2016 article, Hadley Friedland and Val Napoleon explain that the narrative acts as an intellectual device that transfers “new knowledge” to be “incorporated into the practices and intellectual traditions” of the nêhiyawak. The story — especially when considered alongside interpretations from other nêhiyaw peoples — helps to broaden the legal obligations and nêhiyaw jurisdiction in our relationships with the Buffalo Nation, who have their own social and legal norms. As a keystone relation within nêhiyaw social, economic, spiritual and legal systems, the story is a significant point in the elements that constitute nêhiyaw social life.

Returning to the adaptability of wahkotowin stories, Buffalo Child Stone presently offers guidance on the challenges provided by the abstract nature of the principle of corporate separateness, the injustices that corporate separateness can cause and the potential for nêhiyaw laws in intervening in such injustice. On its face, it may be difficult for a reader, especially those unfamiliar with nêhiyaw intellectual traditions, to make such a connection. However, as readers familiarize themselves with the relationality advanced in the story, they can recognize the wahkotowin lessons within it. 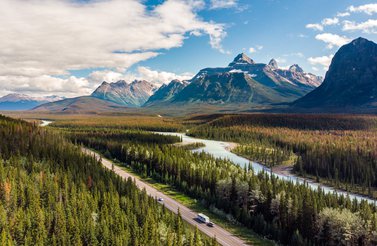 RECOMMENDED
Business on Traditional Lands: A Conversation with Phil Fontaine

Wahkotowin is the overarching legal principle that governs our human-to-human relationships, as well as those with non-human beings and things. Wahkotowin is linked to laws of pastahowin, pastamowin, ohcinêwin and ohcinêmowin. Pastahowin and ohcinêwin are sibling laws, as they arise when humans transgress law and ethics through their actions toward others, although in different contexts. Pastahowin relates to transgressions toward other humans, while ohcinêwin relates to acts against non-human beings and things. The other two also relate to transgressions, but specifically to how we regulate our speech. Pastamowin arises when our speech creates a transgression toward other humans, while ohcinêwin arises when we speak of non-human beings and things in a harmful manner. Thus, we have an obligation to act in good relations, but also to speak well of our relationships as well.

These nêhiyaw laws are epistemologically rooted in nêhiyaw conceptions of the inspirited nature of human and non-human beings. Conceptualizations of both human and non-human ahcahk (spirit) underpin the relational orientations of the nêhiyaw legal processes that ensure miyo wicehtowin. It is a foundational belief in that every being is animated by some form of ahcahk. Our spiritualism is intellectual. As Blair Stonechild wrote in her book Knowledge Seeker: Embracing Indigenous Spirituality (University of Regina Press, 2016), our inspirited nature requires “intelligence and brainpower” to serve the ahcahk’s purpose in the physical world. The recognition of human and non-human ahcahk fosters equality among nêhiyaw peoples that is shared with non-human beings. This inherent equality is reflected in nêhiyaw legal traditions and calls for a consideration of the autonomy and sovereignty of inspirited beings and things. Humans, therefore, are obliged to aid in the journey of others by offering opportunities for them to live humane, social and legal lives.

Corporate Separateness and the Alienation of Good Relations

The operation of wahkotowin, pastahowin, pastamowin, ohcinêwin and ohcinêmowin in our oral narrative traditions informs our obligations to good relations. These laws ensure an ethic of relationality in our day-to-day actions. Foundational principles within corporate law, such as corporate separateness, provide a significant challenge to nêhiyaw laws of relationality. While these conflicts may not be borne out explicitly in formal legal proceedings in Canada, these challenges are not merely philosophical, as they have significant and often devastating effects on the social lives of Indigenous people. While the structuring of corporations as human-like entities within legislation effuses a corresponding human-to-human relationality, they remain elusively alien and abstract. This is especially evident in situations where redress is sought for corporate harms that straddle jurisdictions. Further, as Indigenous nations and societies continue to have close relationships with landscapes and waterscapes that are resource rich, this challenge disproportionately affects Indigenous peoples and societies.

The tendency of corporate separateness to orient itself in opposition to wahkotowin’s relational ethos is fuelled by neoliberal perceptions that view non-human beings and things as property and commodity. This replaces real relationships within our lifeworlds with an alienating legal relationship. In a 2015 article, Brenna Bhandar calls this a “commodity logic of abstraction.” In Colonial Lives of Property: Law, Land, and Racial Regimes of Ownership (Duke University Press, 2018), she elaborates: “The commodity logic of abstraction obliterates pre-existing relations to the land, and pre-existing conceptualizations of land as something other than a commodity. The legal form renders invisible (and severely constrains) the ways in which people live, act, (re)produce the conditions of their existence, and relate to one another in ways not confined.”

Our wahkotowin stories are integral in a corporate-logic world, as they recover the visibility of our shared existence with other peoples, animals, land and waterscapes, and other non-living things. Far beyond providing merely moral or ethical guidance, our wahkotowin stories maintain the obligation to see kinship with others, and to walk in a lawful manner toward them.

The Potential for Nêhiyaw Laws

In an implicit manner, the story at the beginning of this essay tells us much about nêhiyaw futures and the potential for adaptations of principles such as corporate separateness. The maintenance of understandings of the inspirited nature of non-human beings (and non-beings) ensures relational thinking, even amid legal norm creation and transformation. The reality is that both domestically and internationally, Indigenous peoples are far too often the primary recipients of the harm and violence that comes from environmental degradation caused by corporate entities. The cover that corporate separateness provides to corporations remains a huge challenge for attaining environmental justice and human rights for Indigenous peoples. An accountability toward Indigenous legal traditions is a viable move toward such justice. In a broader manner, Indigenous legal principles, often with enriched obligations toward lands, waters, animals and other living things, and non-living entities, offer touchstones to which Canadian state law could refer in Canadian legal relationships to the ecological world.

About the artist: Linus Woods is a Dakota/Ojibway Indian artist from the Long Plain First Nation in southern Manitoba. Linus sees his paintings as expressions and extensions of his spiritual journey. His work is based on the oral traditions, dreams, stories and legends of his ancestors that he approaches with his own humour. He is also profoundly influenced by nature and his surroundings on the Long Plains Reserve.

Darcy Lindberg is mixed-rooted nêhiyaw (Plains Cree), whose relations come from the Maskwacis and Battleford areas. He is an assistant professor with the University of Alberta's Faculty of Law.