Nuclear submarines are first among the pact’s initiatives. But security collaboration between Australia, the United Kingdom and the United States will also extend to advanced technology, cybersecurity and defence cooperation more broadly.

On September 15, Australia, the United Kingdom and the United States announced a new security pact to help Australia build nuclear submarines — a move that has inflamed the trio’s relationship with France, which had been on track to deliver conventional subs under a previous contract.

By establishing the new “AUKUS” group, the member nations say they hope to better address the “current strategic environment and how it may evolve” — a reference to growing Chinese muscle-flexing in its own near-abroad region, in the South China and East China seas, and the Western Pacific more broadly.

Developing a fleet of nuclear submarines — in this case, Royal Australian Navy subs that would use nuclear reactors to generate propulsion, allowing them to remain at sea for lengthy periods — would be first among the pact’s initiatives. But that is likely just the beginning. The collaboration will reportedly also extend to advanced technology, cybersecurity, and defence co-operation more generally.

But the headline of the announcement is surely the hardening Western posture toward China in the Indo-Pacific region.

Publicly announcing such meaningful defence co-operation with Australia reverses a trend of Western acquiescence to China’s increasingly aggressive foreign policy. It was with some humiliation that the United Kingdom, especially, was left to watch Hong Kong be overwhelmed by mainland Chinese state power and surveillance over the past two years.

For Canada, though, the news is generating concern that we were not invited to a rather important party, given our membership in the “Five Eyes” security network comprising Australia, Canada, New Zealand, the United Kingdom and the United States.

That concern is not unreasonable. The Five Eyes group, stemming from the historic relationship between the British Empire and the United States during World War II, unites English-speaking democracies with similar values into an intelligence-sharing agreement designed to keep each member country safer.

Why didn’t this body, rather than a subset that excludes Canada and New Zealand, enter into the new pact?

There are several possible explanations. One rather obvious one is that Canadian policy makers were, until recently, embroiled in an election campaign. Another is that New Zealand has a standing policy of not permitting nuclear-powered ships to navigate its waters. Nor does Canada own or operate any nuclear vessels.

But neither a fleeting distraction nor the nuclear issue justifies leaving out Canada. Quite simply, this country should quietly but persistently press to be included — the sooner, the better.

Here’s why. Canada isn’t located near China, obviously. But we depend heavily on Indo-Pacific waters for trade, and we share a historic commitment to freedom of navigation with our allies, which all countries need to help uphold. In the face of China’s muscular rise and its growing willingness to project power, those trade routes are critical choke points for our economy, as well.

More fundamentally, though, Canada should be at the table because technology-focused defence cooperation is increasingly critical to national security in the twenty-first century.

Nuclear-fuelled submarines are but one example of the technology-centric defence and national security environment of the present and the future. But they’re not the whole story. Cybersecurity — another focus of the new AUKUS group — is a significant public safety vulnerability for Canada. Canada has only a fledgling cybersecurity strategy. And due to our deferred decision on Huawei’s participation in our 5G (fifth-generation) mobile network, we have been signalling to allies we are not yet ready to go all in on cybersecurity policy alignment with our historic, democratic allies.

If this country allows conversations and collaborations such as AUKUS to pass us by, we risk, over time, diluting our relationships with our allies, weakening our ability to defend ourselves, and missing out on the long-term industrial and security benefits that typically accompany defence-related technology development.

Canada’s election is now past. As soon as the re-elected Liberal government finds its footing, this country should develop a plan to more closely align with the AUKUS objectives on a path to gaining a seat at the table as soon as possible.

This path should include clarifying that Huawei will not be permitted to participate in Canada’s 5G network, and expanding the scope of the new defence pact to include checking the threats posed by Russia — which is more proximate than China to Canada, and which also engages in regional bullying and illiberal interference in democracies around the world, including through cyberattacks.

Eventually, the AUKUS group could be expanded even further. UK Prime Minister Boris Johnson, for example, has raised the idea of a “Democracy 10” or “D10” to establish stronger foreign policy collaboration among the world’s leading democracies.

To be clear: all these steps risk further escalating tensions with China and Russia. These would need to be managed and mitigated to the extent possible. But that risk is outweighed by Canada’s responsibility to engage with the contemporary threat environment with clear eyes and confidence in our values, and in cooperation with our allies.

The good news is that there is no need for Ottawa to panic about the AUKUS announcement. Mobilizing such international pacts takes time. There is room for Canada to get this right.

But Canadian policy makers cannot afford to be complacent. If Canada doesn’t keep up with our allies in committing to the mutual defence of liberal norms for international engagement, and cyber-policy alignment, we risk becoming increasingly isolated from those who can help us most, when we need it.

For Canada, a middle power whose security depends on alliances, going it alone has never been the right option. Nor will it be in the increasingly complex geopolitics of the twenty-first century. 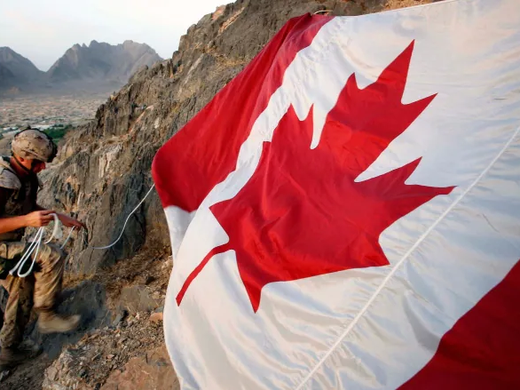 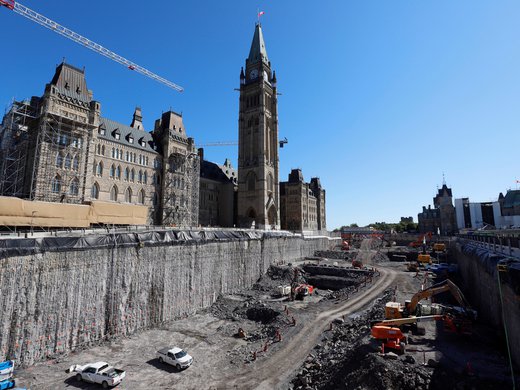 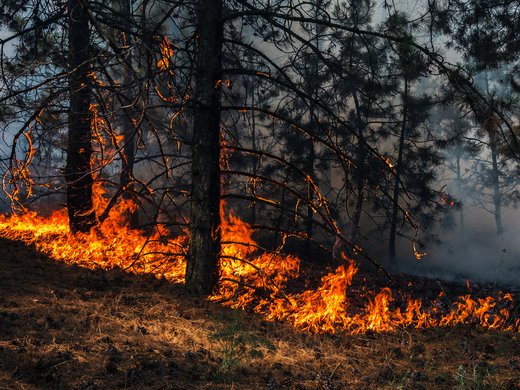