The global economy is in crisis. The International Monetary Fund now expects the most severe contraction in world output since the Great Depression, a decline that eclipses the downturn recorded in the global financial crisis a decade ago. Several countries have already registered Depression-era levels of unemployment, as public health measures aimed at flattening the curve of transmission have put the economy into the equivalent of a medically induced coma. And a wide swath of developing countries and emerging markets have experienced an unprecedented withdrawal of capital, while investors sought the safe haven of US dollar assets. The all-too-familiar worry is that countries facing illiquidity will fall into insolvency as their exports decline and tourism revenues collapse, unless assistance arrives.

This litany of woes provides ample motivation for a vigorous international response. Fortunately, policy responses have been timely and robust. Central banks have acted quickly, reducing policy interest rates, reintroducing policies developed during the global financial crisis and developing new facilities to stem financial market dysfunction. These moves include the reactivation of Federal Reserve swap facilities with an expanded list of foreign central banks, which has greatly relieved pressures on exchange rates. 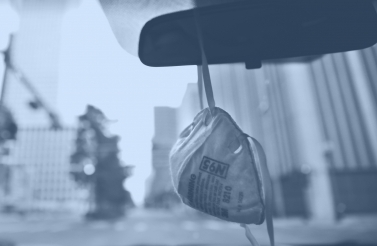 Governments around the globe have relaxed fiscal rules. Among them are those who embraced fiscal austerity in the Great Recession that followed the financial crisis — not the tonic needed then for the anemic growth that would feed growing disillusion with the status quo and rising populism. The direct fiscal assistance governments are now providing aims to alleviate the financial hardships of millions; with substantial stimulus in the pipeline, the hope is that the recovery will be strong and sustained once economies are reopened.

Given these responses, the chair of the Group of Twenty (G20) is right to highlight the size of the monetary and fiscal policy responses to date. These efforts are indeed reminiscent of the coordinated G20 response to the global financial crisis. And important initiatives have met with limited success: the G20 Debt Service Suspension Initiative has led to the deferral of debt servicing payments to official creditors by many developing countries. Yet, however helpful that initiative may be, it remains to be seen whether private sector creditors will likewise participate; if they balk, the risk of a liquidity problem morphing into a broader insolvency challenge — or, possibly, a wider debt crisis — cannot be discounted.

But to compare the efforts thus far with the orchestrated response of G20 governments in the autumn of 2008 is misleading. The current crisis is different in two fundamental respects.

First, the crisis confronting governments around the globe today poses a threat to all countries. While those at risk differ with respect to the severity of outbreaks they face, in a world of globally integrated production, all countries are exposed to the economic fallout of the pandemic. Countries have not acted in pursuit of a common goal, but in response to a common shock. 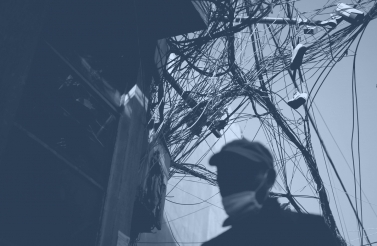 A decade ago, in contrast, some countries were immune to the financial contagion spreading outward from the advanced economies at the core of the global economy. They realized, however, that they could not escape the economic effects if the global financial crisis mutated into a global depression. They acted, and a far worse crisis was averted.

Second, the COVID-19 pandemic is primarily and above all a public health crisis. Economic growth will not resume, and full employment will not be restored, until that challenge is overcome. Rather than catalyze international efforts to contain, treat and develop a vaccine to the virus, however, the G20 has largely been missing in action.

To be fair, this gap in the international response to the pandemic is not the fault of the current chair. It would be difficult for any country to exert international leadership when the putative unrivalled global hegemon sows the seeds of division instead of uniting the global community in the pursuit of a common objective. But that is exactly what Donald Trump’s administration has done — deflection and projection do not substitute for leadership.

One need only compare the response of the George W. Bush administration to the global financial crisis. Then, US officials, from the president on down, accepted responsibility for the financial crisis and worked tirelessly to mobilize a global response. They succeeded in limiting the damage to the global economy from financial panic and established the foundations for the sustained growth for which the current president takes credit.

In December 2019, I warned that the greatest threat to international prosperity in the year ahead was an ineffective crisis manager, a real danger posed by the corrosive effects of the Trump administration’s attacks on international cooperation. Today, it is as if global leadership has called in sick. The crisis that haunts the global economy will not be resolved without a truly global cooperative public health effort. Unfortunately, that response is hindered by the absent hegemon.