The billionaire’s climbdown underscores the need for global standards for mobile app stores.

The digital application stores run by Apple Inc. and Alphabet Inc.‘s Google are arguably the most powerful global digital regulators because they effectively set and enforce standards related to what apps we can access and how.

Regulators left Apple and Google to operate as a duopoly for more than a decade, but are now responding to the power imbalances perpetuated by these stores, increasingly pushing back on the norms that the two companies have put in place, while also considering new rules designed specifically for the largest digital technology companies.

In the process, a set of best practices is taking shape that offers a global governance agenda for app stores. As a late bloomer on competition reform, Canada has a unique opportunity to import this emerging agenda with new coherence.

The 30 percent “tax” charged by Apple’s App Store roared into the broader public consciousness when Elon Musk pouted about it on Twitter following the assertion in The New York Times from Twitter Inc.’s former head of trust and safety that Apple’s and Google’s guidelines could risk Twitter’s expulsion from their app stores.

Musk was not the first person to object to the ability of the App Store to do things like ban competing app distribution platforms, tie access to the App Store with an in-app payment system that charges a 30 percent commission for digital goods and services offered on its platforms, deterring customers from downloading apps outside of its stores, and more.

A myriad of lawsuits and antitrust investigations amount to a fragmented full court press on Apple and Google, testing the existing norms of the stores. A class-action lawsuit in California that alleges Alphabet is violating US anti-competition laws in how it runs Google Play is proceeding on the heels of 37 US state and district attorneys general launching a similar suit last year. Utah alleges that Google uses anti-competitive agreements and payoffs to maintain a mobile app store monopoly so it can extract higher fees from app developers and users. Building on state-led interventions, the proposed Open App Markets Act in the United States would establish rules related to the operation of any app store with more than 50 million users.

Other test cases have been company-specific, including Spotify Technology SA’s 2019 filing with the European Commission against Apple’s App Store rules and the lawsuit that Epic Games, a subsidiary of Tencent Holdings Ltd., filed against Apple in 2020.

In contrast, Canada’s current consultation on the Future of Competition Policy in Canada makes no specific mention of app stores. Instead, it gestures at the challenge of data and digital markets and gently raises whether we should create “bright line rules or presumptions for dominant firms or platforms” in an allusion to international counterparts. Digesting the document requires some reading between the lines that is emblematic of Canada’s legislative conservatism.

Pumping the brakes on updated regulation is a recent report from the Canadian Chamber of Commerce’s Future of Business Centre that cautions against new interventions to enforce against digital market dominance. The report argues that the pace of change in the digital economy leaves competition enforcers in the dust, so regulators would constantly be fighting the last war.

While that mismatch is worth acknowledging, it is hardly mutually exclusive from greater enforcement velocity. That appeal is tough to swallow when one considers the most recent Group of Seven inventory of new rules for digital markets, where Canada was not listed because we have been so reluctant to adapt. Perhaps addressing the barriers that prevent the Competition Bureau from faster case analysis and completion would be a more responsible way to address this mismatch, instead of throwing up our hands. Being cautious works in favour of companies, not consumers.

Whether Canada will pursue the use of qualitative criteria to identify companies with a particular level of market power, or what such a designation process should look like, might depend on whether the issue is raised during the small window Ottawa has opened to consider the modernization of competition law. Canada can join the chorus of competition experts grappling with unique business behaviours that have become the norm for all app stores.

Maybe Elon Musk’s recent outburst can do for app stores what Taylor Swift’s fandom has done for Ticketmaster and catapult associated competition issues to the top of regulators’ minds.

However, there is reason to wonder if even Musk, the world’s richest person, has the wherewithal to force change at the app stores. Not long after his outburst, Musk was seen strolling with Apple chief executive Tim Cook, and Apple has resumed advertising with Twitter to the tune of $100 million annually.

Musk’s hasty retreat underscores the pressing need for consistent, global standards for mobile application stores that Canada can help to catalyze by importing Washington’s Open Apps Market Act. But in the online “store” of proposed regulatory interventions to tame the market manipulation of mobile application stores, so far nothing shows up when you search for “Canada.” 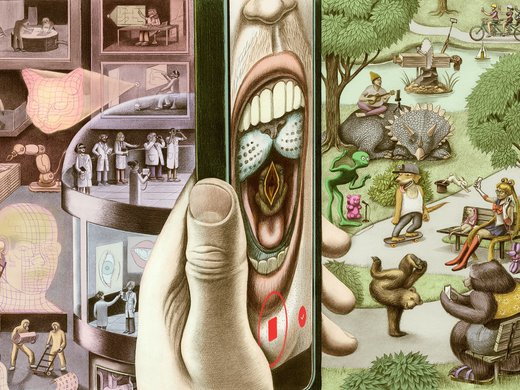 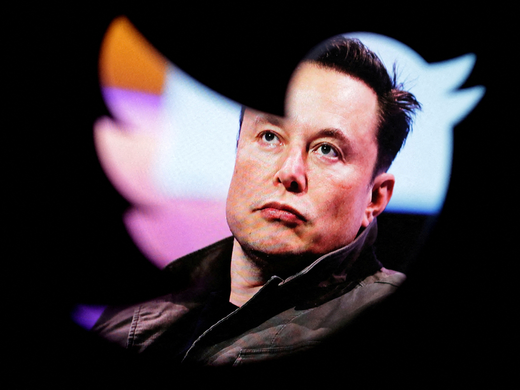