Market platforms are a natural monopoly; governments should dare to think about how they might initiate an alternative version for citizens and businesses.

Antitrust broke big oil. US senators believe it can now shatter Silicon Valley’s exploitative tech giants. So does the European Union. But antitrust could be the wrong solution.

Market platforms are a natural monopoly; governments should dare to think about how they might initiate an alternative version for citizens and local businesses. It’s time for a new public utility that delivers the full potential of today’s economic infrastructure.

This point is best made with hindsight from America’s industrial heyday. As Rockefeller’s oil and gas empire was being dismantled, a lone pioneer was structuring a second vital component of the automobile era: roads. Realizing he was dealing with a natural monopoly, he focused on the possibilities government could instigate, rather than abuses to be curtailed.

In the 1890s, roads consisted of haphazard horse tracks plus a mishmash of individual landowners’ uncoordinated toll highways. A New York property developer, William Phelps Eno, became fascinated by transportation and began researching “What could roads for the motorized age look like if governments initiated a version?” Unfunded and ignored, he figured out traffic signals, lane markings, standardized junctions, uniform surfacing and coherent signage.

It was a struggle. Illinois courts, for example, ruled stop signs an infringement of rights. Then, as Eno’s idea finally gained traction in the 1920s, opponents of government roads raged at arbitrary, yet punishable, rules such as always driving on the right. But, eventually, one country after another realized the economic benefits conferred by his vision of an inherently regulated national road network.

Eno’s spirit lives. In 1995, I started working with the Demos (UK) think tank to ask, “How could coming online markets democratize capitalism?” We envisaged a genuine public utility: a deep, broad platform seamlessly matching buyers with sellers across all the skills, assets and micro-finance possibilities regular people possess. Child care, renting a bike, tutoring, data entry, peer lending and receiving neighbours’ deliveries are a few among the thousands of sectors that would feature in the system.

Informed by localized data, anyone could sell anything on the platform, subject to legal controls. Data would also drive investment in upskilling, interventions to support strugglers, and job transitions. Welfare benefits, tax and a parallel “people’s” currency would be baked in. Data ownership, neutrality, decentralized control and user privacy must be legally mandated.

Government was essential to our vision. Its huge spend on labour, for example, would go through this platform, driving it to critical mass across multiple sectors. Systematic access to databases of who is vetted to drive a bus, work on construction sites, rent out rooms, or holds other licences would allow users to instantly validate their right to sell.

The platform we envisaged came to be called “POEMs” (public official e-markets). Another choice alongside Silicon Valley’s offerings, POEMs would operate within its own legal framework, like other public utilities — water supply, electricity, air traffic control or rail networks. The right to fund, design and operate POEMs could be awarded through a competitive concession, comparable to cellphone operators’ licences.

These books were off in their headline projections. But they breathlessly encapsulated what was to come: internet platforms generating spectacular, concentrated wealth, not social benefits.

We now see the world that the wealth-accumulators have built. Siloed, secretive, gig-work platforms control workers and cut pay, while retaining 30 percent of their earnings. Out-of-sight,workforce-scheduling systems plunge employees into precariousness.

Inequality is hard-wired into today’s plumbing of capitalism. We see it, for example, in a free-falling Job Quality Index alongside escalating financialization of the economy. These trends follow the displacement of traditional markets by online platforms.

So, a group of us continue refining the 1995 thinking. When will it become reality? Possibly now. Antitrust may be good for consumers, but so many people use market platforms to sell their skills, time, and everyday assets.

For sellers, broad, deep markets are of more use than countless fragmented apps and websites. As motorists conceded a century ago, a single, inclusive, integrated, wide-scale national system sometimes works better. Like it or not, only government can initiate that.

Introducing public utilities doesn’t fit any partisan agenda. But, for pragmatic, historically aware politicians around the world, a “Modern Markets for All” policy would cost their taxpayers nothing, while increasing everyone’s options for economic infrastructure. 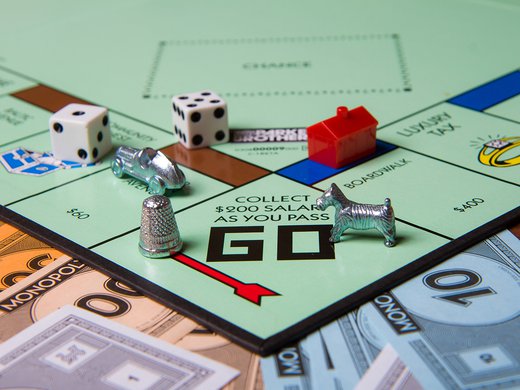 During a Pandemic, Big Tech Will Only Get Bigger 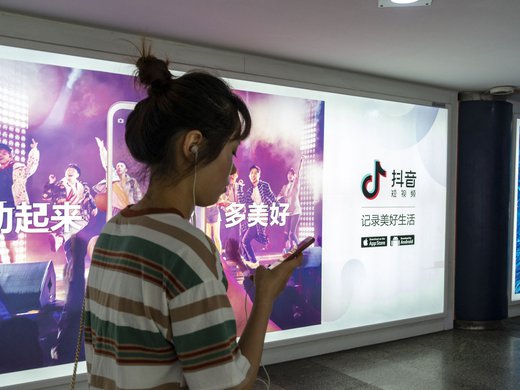 Big Tech vs. Red Tech: The Diminishing of Democracy in the Digital Age 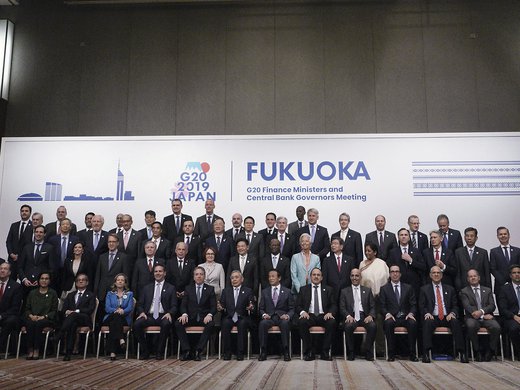