Living Dangerously on the Doorstep of Great Powers 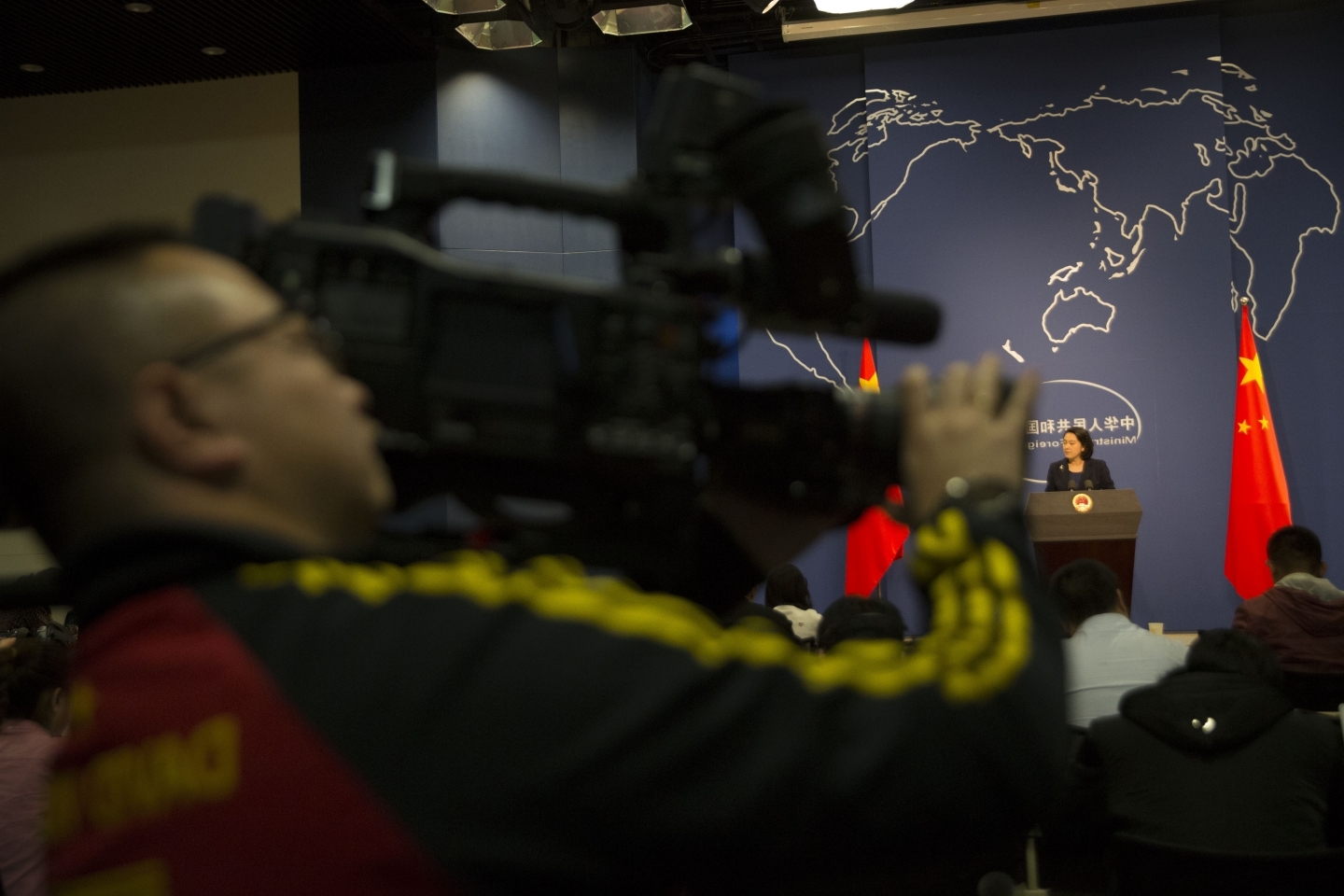 At a time when nations are asking themselves how they should deal with the serious implications of the Trump administration’s anti-free trade and isolationist foreign policy, it is worth underlining that the approach and response should be global.

It would be short-sighted to deploy measures and actions that were strictly Washington-centred.

There are signs that trading nations grasp this strategic imperative. This week, the signatories to the Trans-Pacific Partnership (TPP) are gathered in Chile to chart a course forward after the White House torpedoed the trade pact. The dozen signatories invited two notable additional guests who were not part of the original talks: South Korea and China.

Despite its dangerous location, South Korea is a remarkably resilient and successful country, with an economy now approaching Canada’s in size that is firmly embedded within the wider Asian economic powerhouse driving global economic growth.

Indeed, Seoul and Ottawa make for natural allies in an era when tensions between Beijing and Washington present a threat to global security, and at a time when Canada is seeking openings outside of North America and needs to more aggressively pursue its Asia-Pacific vocation, by building and enhancing key partnerships in the dynamic sphere and working to be seen in the region as a fully engaged member of the Asia-Pacific community.

The foundations are already in place for Seoul and Ottawa to build on. The Canada-Korea Free Trade Agreement (CKFTA), Canada’s only such agreement with an Asian power, was signed in 2014, accompanied by the decision to upgrade South Korea’s status more broadly to the first-tier level of a “strategic partner.”

The two countries know each other well, and despite the geographical distance and the tendency to focus on bigger fish and more immediate opportunities, the foundations of a stronger future partnership are present. This foundation is underpinned historically by Canadians’ sacrifice during the Korean War and has been strengthened by the thousands of personal and family ties built among Korean Canadians in all walks of life, Canadian teachers in Korea and Korean students in Canada. At the global level, the two countries have already proven they can work together within the Group of Twenty (G20) to tackle global economic and financial issues, going back to the fourth and fifth G20 Summits, in 2010.

So, what can Ottawa and Seoul do as global partners at this time of extraordinary change in the world?

Participants at the 14th annual Korea-Canada Forum in Seoul in late October 2016 hosted by the Seoul International Forum and the Centre for International Governance Innovation reflected on this very question, and came up with five steps.

First, at a time of major geopolitical change, the participants concluded that Korea and Canada have the status and capacities to provide joint leadership and to work with other like-minded players to bring innovative ideas and means of engagement to help deal with the rising tensions in the Asia-Pacific region. This collaboration could prevent issues from becoming sources of conflict, particularly between a rising China and the United States. As they work out their future relationship as great powers, Washington and Beijing must be encouraged constantly to find strategic compromises that avoid resorting to force.

Immediately setting up a mechanism for foreign and defence ministers of Canada and Korea to meet and communicate regularly to strategize and work on ideas would kick-start this new partnership, which could then draw in other regional players over time.

Second, participants noted that the global economy is moving to a new paradigm, characterized by slower and unevenly spread growth, with increases in international trade lagging significantly behind GNP growth for the first time. The “politics” of trade are shifting disastrously toward increased protectionism and opposition to free trade agreements, as epitomized by the approach of the Trump administration. There is an existential threat to the open rules-based trading system.

The forum participants concluded that, with so much at stake and as major trading nations, Korea and Canada should provide the much-needed leadership and advocacy for the existing system. With the demise of the TPP and the likely dumbing-down of future trade deals, these two partners could champion new ideas and effort, in particular for revitalizing the World Trade Organization which would also bring on board the vast number of lower-income countries now entirely left out of preferential regional deals.

Quite separately, the group noted that there is no better time for government officials and business representatives of both countries to sit down and carefully examine the CKFTA, line by line, for the openings that it creates for taking advantage of the shifting paradigm in the global economy — both in bilateral terms and for joint ventures in the global marketplace.

Third, as the so-called “fourth industrial revolution” transforms economic activity in countless ways, Korea and Canada should use their respective strengths in digital technology to mine the digital revolution for bilateral and global partnership opportunities, with a focus on innovative companies and entrepreneurs. Korea’s renowned industrial capacity and ability to commercialize new products, and Canada’s ownership of three of the top 20 start-up ecosystems in the world (as well as its high entrepreneurship rating by the Organisation for Economic Cooperation and Development), open doors for collaboration and the cross-fertilization of ideas and technologies.

Fourth, as major states with a deep commitment to democracy, Canada and Korea could use their strategic partnership to convene discussions and promote critical thinking among democracies about democratic governance both at home and in global institutions, at a time when it is under stress and not meeting the economic and other aspirations of many citizens in democratic states. For instance, Canadian and Korean governments could form a high-level study group to look at the profound impacts (and potential benefits to democracy) of the “fourth industrial revolution” on the functioning of institutions of government, the political process and the delivery of services in our two countries.

Fifth, the opening of the Arctic as a result of climate change represents another major transformation underway in today’s world, with enormous consequences that extend well beyond the region itself. Canada’s place as an Arctic state and Korea’s desire as a non-Arctic state to be very active in the region open several doors for making Arctic cooperation a major element of the Korea-Canada strategic partnership. Clear complementarities exist in scientific and economic domains.  Moreover, working with Korea, Canada can help establish a governance model for bringing other non-Arctic states and groups of states into a closer productive relationship with Arctic members of the Arctic Council, including the United States.

In short, it is imperative for Korea and Canada to transform the largely two-way dynamic in their bilateral economic, political and other relationships into a more ambitious partnership of global leadership and shared responsibility.

As we contemplate the enormous changes now underway in US policy, that bold option becomes even more timely and necessary.

Canada is seeking openings outside of North America and needs to more aggressively pursue its Asia-Pacific vocation
The opinions expressed in this article/multimedia are those of the author(s) and do not necessarily reflect the views of CIGI or its Board of Directors. 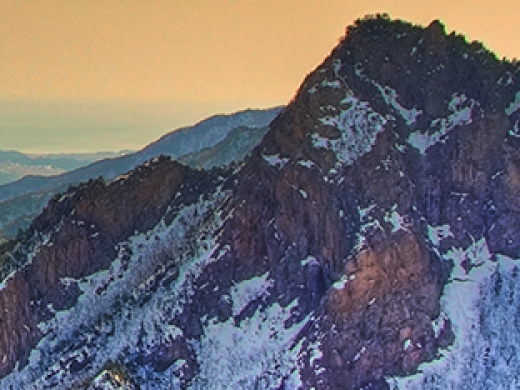 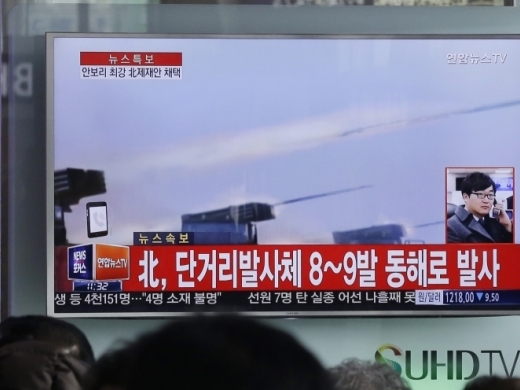