Moving from Principles to Progress on Women's Economic Empowerment 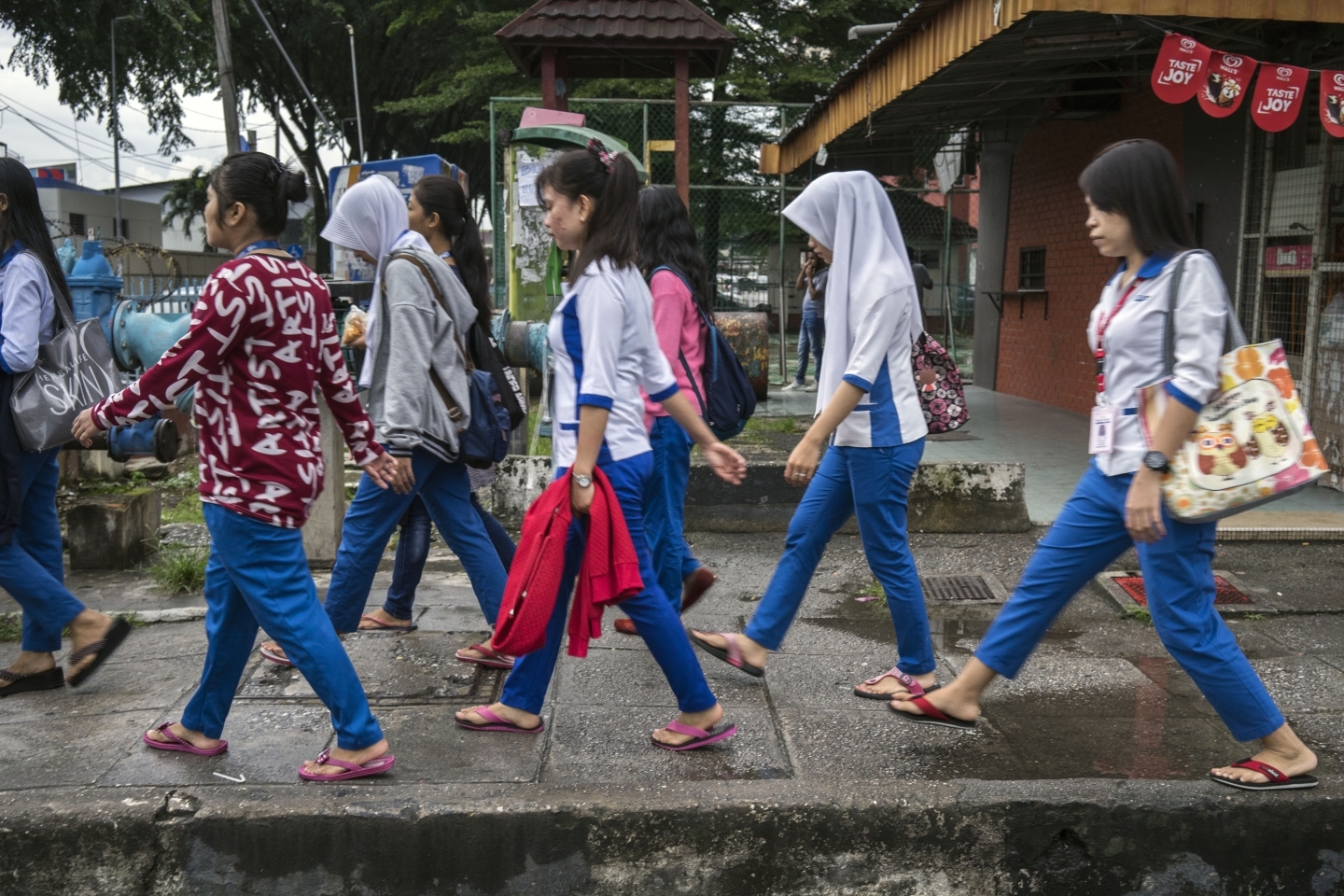 A group of young women migrant workers make their way to a nearby factory facility where they work in Petaling Jaya, Malaysia. (UN Women/Staton Winter)

“Governments don’t trade; people do,” asserted world-renowned economist Sylvia Ostry. Women are people; they represent half of the population. Yet, gender equality in trade is an elusive goal.

Gender is an important consideration that cannot be ignored when designing trade policies and negotiating agreements; trade policies and agreements affect people differently. Globally, women entrepreneurs, professionals and employees face inequality of opportunity, often because of discriminatory regulations and conditions, inadequate skills or education, lack of social supports, violence and harassment, cultural attitudes and other inequities. By removing these barriers, policy makers can empower women to participate freely and openly in their economies and, as a result, increase economic growth. Diverse inputs — including from more women on corporate and government boards — will ensure better decision making and policy making. Eliminating discrimination and barriers, and increasing opportunities for women, will improve the well-being of families, public health and the environment.

Women’s ability to work and to participate in the economy is greatly affected by differences in laws in both developing and developed countries. More than 2.7 billion women are legally prevented from choosing the same jobs as men. In over 100 countries, women are prohibited from working in certain jobs. Fewer women participate in the labour market than men: 63 percent of women versus 94 percent of men in the 25–54 age group. Women are more than twice as likely to work in informal or vulnerable jobs, such as agriculture and services. Women are paid less than men: the wage gap between women and men is approximately 23 per cent (not including self-employment or stay-at-home mothers). Inequalities in job quality also result in gender gaps in benefits such as pensions, unemployment and maternity benefits (nearly 40 percent of women do not have access to such benefits).

Women’s ability to work and to participate in the economy is greatly affected by differences in laws in both developing and developed countries. More than 2.7 billion women are legally prevented from choosing the same jobs as men.

Further, women can have difficulty accessing credit or borrowing at financial institutions and, in some countries, they are prohibited from opening bank accounts. The digital divide affects women disproportionately as well. In developing countries, most of the people who are not yet online are poor, uneducated and, often, women and girls. Women are also less likely to become entrepreneurs, especially in developing countries. Leadership positions are still outside the reach of most women around the globe. The economic and social costs of harassment in the workplace affect women and society significantly and need to be addressed.

Some argue that these issues are related to human rights and labour, which are not appropriate subjects for trade agreements. Indeed, there are United Nations human rights conventions that aim to prevent discrimination against women. But these are not enough.

Economic and trade agreements address many areas of government regulation, including trade in services, regulation of professionals, health and safety standards, investment and labour, which directly affect the ability of women to participate in the economy. Gender equality should be addressed in trade agreements in order to eliminate discrimination and trade barriers and provide equal economic opportunities for women.

Progress has been made toward women’s economic empowerment by steps that have been taken in some free trade agreements and by the World Trade Organization (WTO). Canada, Chile, the European Union, Israel and Uruguay have led the way by including gender chapters in free trade agreements that contain renewed commitments to UN principles of non-discrimination, undertakings for transparency and cooperation to promote greater awareness of the importance of gender equality. The 2017 WTO Declaration on Trade and Women’s Economic Empowerment called upon members to share experiences and best practices, share data-collection methods, work together to remove barriers to women’s economic empowerment and increase their participation in trade. To those ends, a number of seminars were held in the WTO on a wide range of topics.

However, awareness and seminars are not enough. What are the next steps?

It is important to move from the early approach of including gender chapters in trade agreements (statements of principles, transparency obligations and cooperation provisions) to mainstreaming gender throughout trade agreements. In order to do so, a method of analysis is required, and data must be gathered and analyzed. The approach should be integrated into every chapter of the trade agreement. A statement of principles can be helpful in the preamble as an interpretive guide for possible future dispute settlement cases, but it does not carry the same gravitas of an obligation. 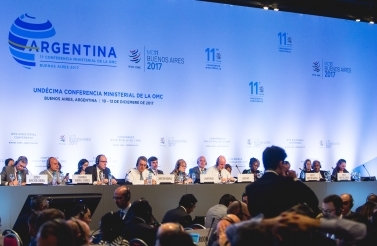 Recommended
Gender Equality in the WTO: The Need for Women Leaders

As a method of analysis, a growing number of governments are using gender-based analysis (GBA) as a tool to analyze proposed policy and regulatory programs before they are adopted. This is often mainstreamed across all proposed policies and regulations or laws of a government and applied to its trade policies and negotiations. Governments use GBA as a tool to assess information and data that are relevant to specific trade negotiations in order to develop inclusive trade policies and strategies.

A chapter-by-chapter GBA allows a government to examine the potential implications of a specific trade negotiation on women entrepreneurs, employees or small and medium-sized enterprises (SMEs), in particular industries, services or professions, depending on the chapter or sector under study. For example, under the chapter on agriculture, implications for female — as compared to male — migrant workers could be assessed. Under the chapter on trade in services, consideration could be given to women professionals, entrepreneurs and employees in education, health care, cultural, social, financial and other services. Topics for analysis could include employment conditions, access to financing and procurement, access to professions (licensing and education requirements) and so forth.

After conducting appropriate GBAs, policies and provisions can be designed to eliminate the barriers to women’s economic empowerment and increase opportunities for women. In some cases, a positive obligation may be needed to remedy an inequity or to provide access. In other cases, an exception may be required to provide opportunities for entrepreneurs and SMEs.

Most WTO members agree that inclusive trade policies can promote economic growth and reduce poverty. Moreover, the effects of trade are not gender neutral. The most effective way to remove barriers to women’s economic participation and improve their access to opportunities is to mainstream gender throughout trade agreements, by incorporating GBA in the design of policies and provisions across trade sectors.