Is the Shipping Industry Doing Its Fair Share in the Global Response to Climate Change?

At recent meetings, the International Maritime Organization made progress in tackling GHG emissions from international shipping — but most of the hard work remains 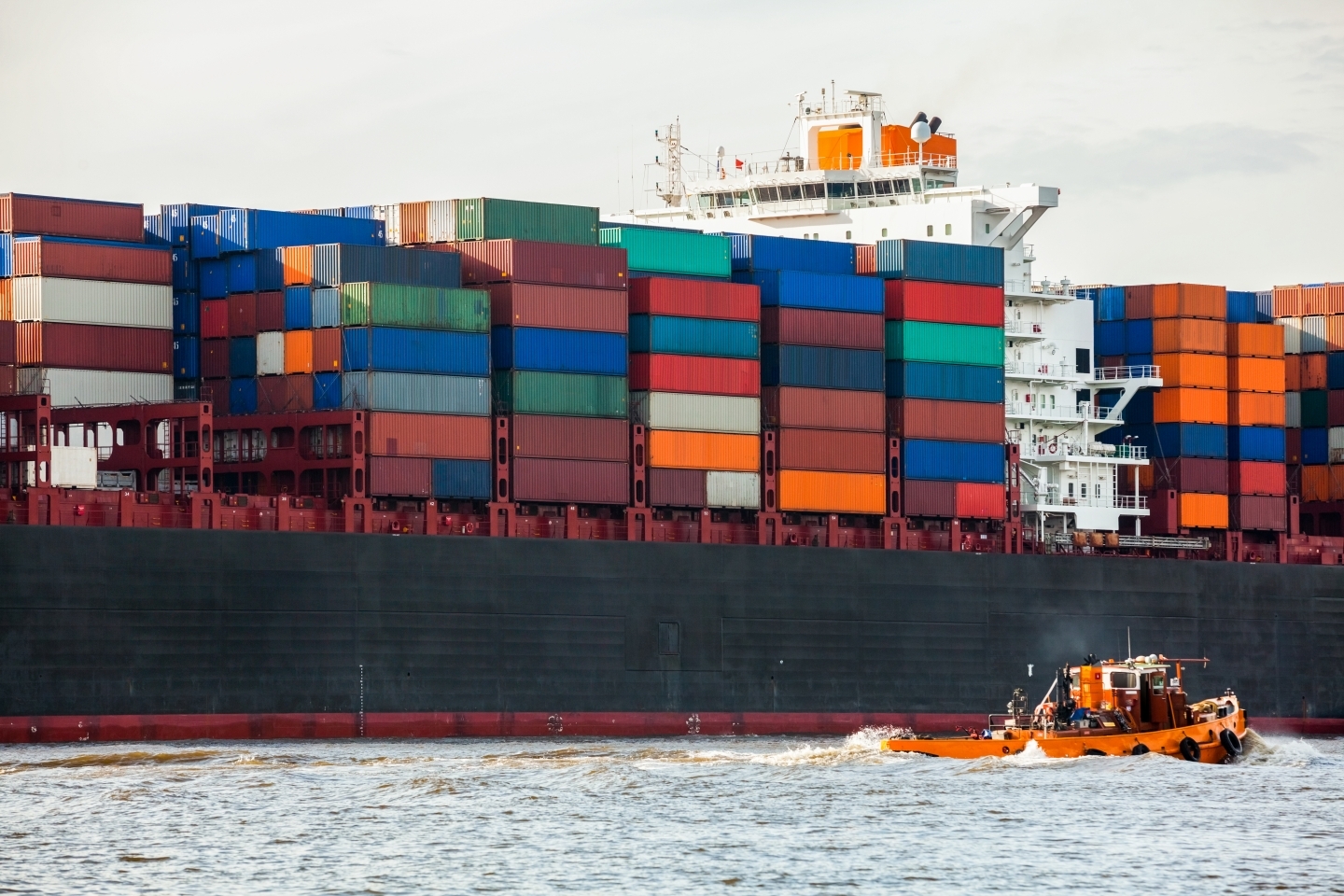 Since the signing of the Paris Agreement, the expectation of the global community is that the International Maritime Organization (IMO), the UN agency responsible for international shipping, will implement an effective strategy to reduce GHG emissions from this sector, in line with the collective long-term goals of the agreement to keep global average temperatures well below two degrees above pre-industrial levels (while making efforts to keep them within 1.5 degrees). This goal will require efforts from all sectors, including international shipping, to decarbonize as quickly as is reasonably possible.

The initial IMO effort to address GHGs was a study presented in 2000 at the 45th session of the Marine Environment Protection Committee (MEPC 45). The MEPC is the IMO’s lead structure for the regulation of the environmental aspects of shipping. The study led to the adoption in 2003 of the IMO’s GHG policy, leading to an ongoing review of the issue and two further studies, the most recent in 2014. At MEPC 57 in 2008, the session adopted fundamental principles as reference for future discussion on GHG emissions. Since then, the ongoing debate has been marked by substantial concern over issues of equity and the absence of reliable fuel use and emissions data, and by divergent views on whether technical and operational measures alone will be sufficient to substantially reduce emissions, if a market-based mechanism (MBM) will be needed and whether emission reduction goals should be binding or aspirational.

The Paris Agreement triggered renewed energy in the IMO to address these challenges. In 2016, MEPC 70 adopted the “Roadmap for Developing a Comprehensive IMO Strategy on Reduction of GHG Emissions from Ships.” The plan commits to further GHG studies, intersessional work by an MEPC working group and continuing work on energy efficiency improvements. The intention is to adopt the initial GHG reduction strategy at an MEPC session in 2018, and to follow with a revised strategy in 2023 providing for measures and implementation schedules for the short, medium and long terms.

The MEPC’s 71st session, held July 3–7, 2017, found consensus on the outline of the initial strategy prepared by the intersessional Working Group on Reduction of GHG Emissions from Ships, which met a week earlier. The outline includes eight brief points: preamble; vision; levels of ambition; principles; short-mid-long-term measures, including timelines and their impacts on states; barriers and supportive measures, including capacity building, technical cooperation and research and development; follow-up actions toward development of a revised strategy; and periodic review. The working group’s tasks for the next two intersessional meetings include developing a strategy structure, considering substantive issues discussed at recent meetings and submitting a progress report to the MEPC in July 2018.

At both the MEPC and the working group meetings, participants expressed sharp differences on fundamental issues, such as the overall goal, whether the strategy should adopt binding targets or aspirational goals, the guiding principles, whether operational and technical measures are sufficient, the reliability of data, the weight to be given to market and technological uncertainties, and the use of MBMs. Participants disagreed over the impacts on developing states, although they broadly acknowledged the need to address inequities.

Although the MEPC 65 session in 2013 suspended discussion on MBMs, the issue regained momentum in several proposals in the intersessional working group. However, there was still no consensus on whether an MBM should be part of the strategy. Proposals submitted at earlier MEPC sessions included a levy and cap-and-trade system. Views on use of revenues varied from keeping funds within the industry to using them in support of emissions reductions outside the sector. In the event an MBM were included, other revenue-use ideas would include research and development needed for the sector to become GHG emissions-neutral and support for efforts to protect small island developing states and developing states distant from markets from the adverse economic impacts of emissions reduction efforts.

A fundamental difference centred on whether the overall approach of the strategy should be based on the principle of no more favourable treatment (NMFT), inherent in the IMO conventions, or on the principle of common but differentiated responsibilities and respective capabilities (CBDR-RC), embedded in the United Nations Framework Convention on Climate Change and arguably still guiding the adoption of nationally determined contributions in the Paris Agreement, or on some combination of the two. While there was support for differentiation, the form of the strategy and how it should distinguish between states, without creating unfairness among industry actors competing in global markets, remained unclear. Also unclear were the roles of the United Nations’ Sustainable Development Goals, the foundational principles established at MEPC 57 (which included NMFT), and the other principles and practices of maritime regulation in the design and implementation of the strategy.

More specific concerns included how to address emissions reductions in the existing fleet, in ships under construction and in future new ships, and timelines. Several delegations favoured emphasis on present and future technical and operational regulations adopted in Annex VI of the International Convention for the Prevention of Pollution from Ships, 1973/1978, such as the Energy Efficiency Design Index and the Ship Energy Efficiency Management Plan, and supported by the recently established fuel consumption database. The difficulty with such measures alone is the uncertainty of technological development. Incentives for research were proposed, but without indicating who would bear the cost.

The roles of key actors in the implementation of the IMO strategy beg for clarification, in particular for port states, flag states, shipowners, charterers and operators. The IMO system of memoranda on port state control, consisting of regional agreements, is expected to become important for enforcement, but crucially the port inspections are usually conducted on the NMFT principle, potentially contradicting CBDR-RC.

Another issue for consideration is the likely need for an integrated approach to the regulation of air pollution generally, which in addition to GHGs includes black carbon, sulphur oxides, nitrogen oxides and ozone-depleting substances. The alternative is for the GHG strategy to focus only on GHG emissions, but this approach might not comply with the consistency principle in maritime regulation.

Together with the imperative of gradual decarbonization, at the heart of the discourse are the economic consequences for industry actors and states. Existing fleets need to be optimized at the same time as new fleets are built, both at reasonable construction and operational costs. Developing states fear adverse trade impacts from increased transportation costs.

The Paris Agreement’s long-term goals cannot be met without addressing GHG emissions from international shipping. Furthermore, the agreement itself puts pressure on the shipping industry to do its fair share in the global response to climate challenge. Prospects for an IMO strategy that promises delivery of a fair contribution from international shipping to global GHG emissions reduction efforts and positioning of the shipping sector to thrive in a carbon-neutral world are stronger after MEPC 71, but most of the hard work remains. The next 12 months will be critical for the development of the IMO GHG emissions reductions strategy. 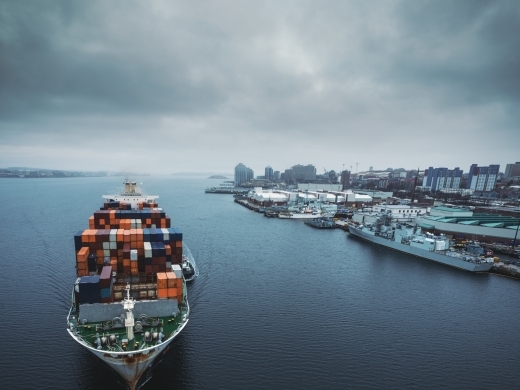 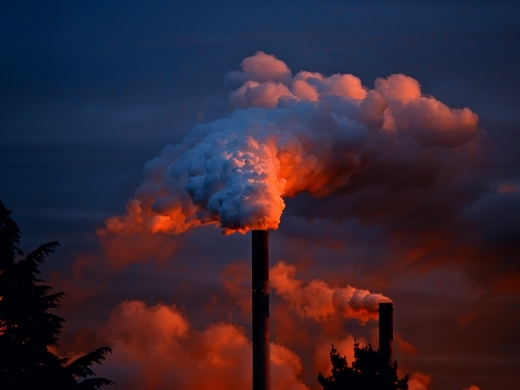 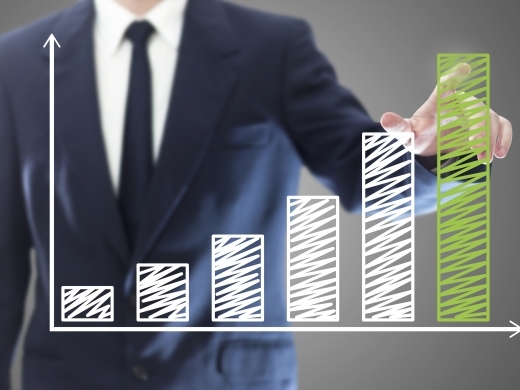