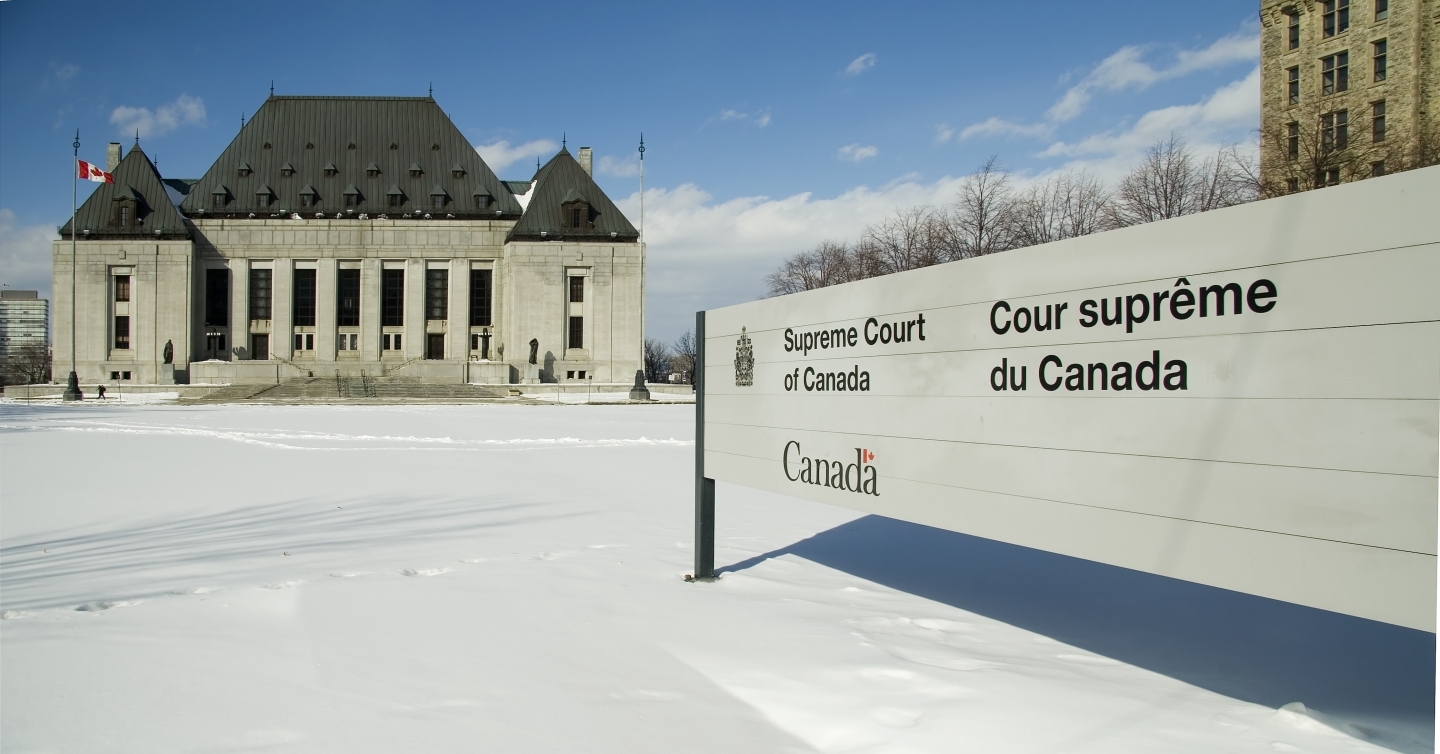 The Supreme Court of Canada. (Shutterstock)

The Supreme Court of Canada released its decision in Mikisew Cree First Nation v. Canada on Oct. 11, 2018. It was a case that addressed the question of whether the duty to consult Indigenous peoples applies to the law-making process. In a split decision, seven justices found that it does not.

The court’s reasoning revolved around the constitutional principles of separation of powers and parliamentary sovereignty; however, it failed to consider any legal principles recognized by the United Nations Declaration on the Rights of Indigenous Peoples . On the other hand, two justices disagreed and held that the honour of the Crown governs the relationship between the entire government of Canada and Indigenous peoples.

Not recognizing UNDRIP is significant, given that Canada has publicly stated that it intends to adopt and implement it. In May , Prime Minister Justin Trudeau’s administration passed and adopted Bill C-262, An Act to ensure that the laws of Canada are in harmony with the United Nations Declaration on the Rights of Indigenous Peoples.

UNDRIP provides insight into this issue in two main ways: first, in thinking about the limits of Crown sovereignty — or, in other words, the inherent jurisdiction of Indigenous peoples;  and second, in determining the scope of the duty to consult.

The right to self-determination is the founding principle of Indigenous peoples’ rights and the central guiding principle of UNDRIP and is well established in international law. It is recognized in article one of the International Covenant on Civil and Political Rights and of the International Covenant on Economic, Social and Cultural Rights. Closely mirroring the language contained in those treaties, article three of UNDRIP also states that Indigenous peoples have the right to be self-determining and  “Freely determine their political status and freely pursue their economic, social and cultural development.”

Accordingly, there are a number of related concepts associated with this right, including group autonomy, political participation, jurisdiction and law-making authority.

The right to self-determination is significant in the Mikisew decision because it helps to reframe the issues of separation of powers, parliamentary sovereignty and parliamentary privilege, as identified by Justice Andromache Karakatsanis.

If Canada is committed to recognizing Indigenous peoples’ right to be self-determining and all of the rights associated with it, then there necessarily has to be space for Indigenous laws and legal orders alongside the common law and civil law traditions. This means that Indigenous powers are another head of power to consider when thinking about the constitutional separation of powers and arguments of parliamentary sovereignty and parliamentary privilege.

This argument is in line with the B.C. Supreme Court’s analysis in Campbell et al v. AG BC/AG Cda & Nisga’a Nation et al, which found that not all the legislative powers in Canada were “exhaustively” distributed between Parliament and the legislative assemblies by virtue of the Constitution Act, 1982. In particular, an Aboriginal right to self-government, analogous to a legislative power to make laws, was one such power that survived as an unwritten “underlying value” of the Constitution.

Framed in this way, the issue becomes not one of judicial encroachment, as identified by seven of the nine justices, but rather an issue of division of powers between Indigenous and non-Indigenous law-making authority. This is because recognizing a duty to consult during the legislative process would not be “creating space” for courts to scrutinize the law-making process; rather it would be recognizing that Indigenous peoples also have legitimate law-making authority.

The court’s analysis in Mikisew is also contrary to the right to free, prior and informed consent outlined in UNDRIP. In this case, the Mikisew Cree First Nation argued that it had a right to consultation when two omnibus bills, with significant effects on Canada’s environmental protection regime, were introduced into Parliament, passed and received royal assent. According to former UN special rapporteur James Anaya, the duty to consult directly with Indigenous peoples through “special, differentiated procedures” applies only when a state decision has the potential to affect Indigenous peoples in ways not felt by other members of society.

As the bills had the potential to adversely affect Mikisew hunting, trapping and fishing rights under Treaty No. 8, this legislation would trigger the duty to consult under the UN declaration. In fact, Article 19 in UNDRIP says , “States shall consult and cooperate in good faith with the Indigenous peoples concerned through their own representative institutions in order to obtain their free, prior and informed consent before adopting and implementing legislative or administrative measures that may affect them.” A strict reading of UNDRIP would suggest that a duty to consult was owed in the circumstances of this case.

As the reasoning of all the SCC jurists illustrates in Mikisew, despite Canada’s commitment to recognize UNDRIP, there still exists a lot of uncertainty about what this means in practice. However, if implemented in good faith, through Bill C-262, then UNDRIP has the potential to strengthen the relationship between Canada and its Indigenous peoples as they work toward reconciliation. This project of implementation will necessarily involve the consideration of Canadian law, Indigenous legal traditions and international law, such as UNDRIP, in a way that seeks to recognize Indigenous self-determination and place Indigenous legal orders alongside the common law and civil law traditions in Canada.